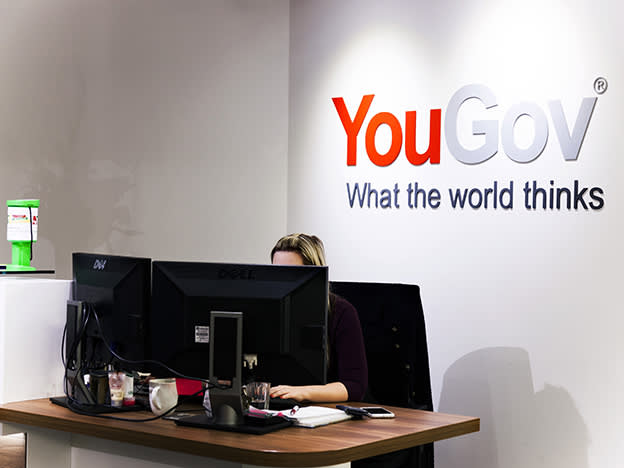 The primacy of social media and the internet has enabled marketers to increasingly micro-target consumers. In many cases, a customised approach to selling goods and services has become the default option.

With the benefit of hindsight, it’s clear that YouGov (YOU) was a likely beneficiary of this trend, but there are signs that it, too, has been gaining specific insights into its target markets – both public and private. An emphasis on collecting and disseminating bespoke data has driven profits for the pollster in the year to July. The group has continued to expand its product offering, enabling its customers to “create new value from existing data and open up new revenue streams through customisation”.

Revenue for the data services segment was up by a fifth, as demand for rapid access to nationally representative and specialist data samples has increased markedly. Given the significant overlap between the group’s businesses, it may be slightly misleading to highlight specific areas of the YouGov offering, but the group has been successful in devising new ways to commercially exploit data sets.

YouGov, now in the third year of its second long-term strategic growth plan, saw double-digit revenue growth in both the UK and the Americas, but the standout region was mainland Europe, where sales increased by 26 per cent and adjusted operating profits rose 45 per cent.

Group capital expenditure also kicked on 28 per cent to £23.8m, as YouGov seeks to expand and deepen its geographic footprint. Tech investments continue to build, centring on websites and mobile applications, survey systems, and the ‘Crunch’ data analytics tool. M&A is also being brought to bear. A week ahead of the results, YouGov announced its fourth acquisition of the year, in the form of London-based Rezonence, which offers users access to premium content in exchange for responding to interactive adverts or surveys.

FactSet-compiled consensus forecasts have revenues increasing from £191m in FY 2022 to £214m in the following year.

We pitched YouGov as a long-term, growth pick in August last year at 840p a share. A forward rating of 55 times forecast earnings points to high expectations, but we think that global businesses will be looking to expand marketing channels as the pandemic wanes. Positive re-ratings could follow. Buy.