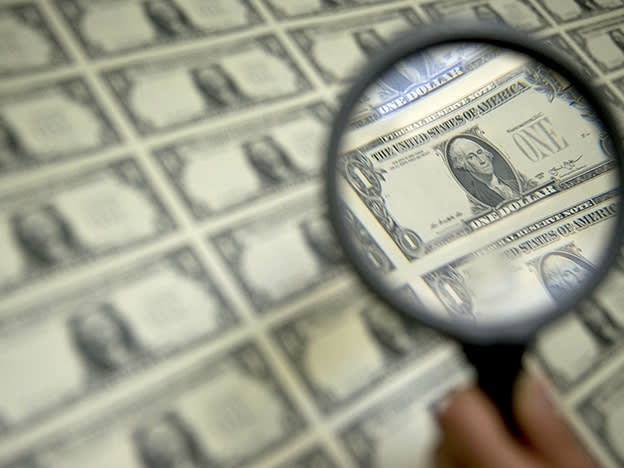 So far this year, our quarterly round-ups of trends in the exchange traded fund (ETF) space have tended to mirror bigger challenges and opportunities in the markets. ETF investors attempted to navigate a series of market rotations, outsmart the inflationary threat and play some of the hottest future trends via the use of thematic funds.

Those challenges haven’t ebbed away in the third quarter (Q3). The latest figures suggest inflation may at the very least be more stubborn than some had initially assumed. Meanwhile, the tug of war between the growth and value investment styles has continued and an escalating regulatory crackdown in China has prompted urgent questions about a market that surged ahead in 2020 (see 'The China dilemma', IC, 24 september 2021). Yet ETF data suggests investors are responding to these developments in notably different ways.

Morningstar data on the European ETF market shows that total flows into these funds fell by around a quarter compared with Q2, although ETF flows for the first three quarters of 2021 have already surpassed the total for 2020. There was a “noted decrease” in flows into equity ETFs compared with the previous two quarters, while the level of money moving into bond ETFs increased. Yet the nuances of such movements are more telling about what investors may be trying to do.

In our Q2 round-up (IC, 13 August 2021) we noted that investors had still shown interest in cyclical assets, with money continuing to flow into value ETFs. This trade now seems to have faltered: smart beta ETFs shed some €3.6bn (£3.04bn) across Europe in Q3, mostly due to investors exiting value funds they had favoured in the previous two quarters. The worst-performing equity ETF by fund flows for the quarter was iShares Edge MSCI USA Value Factor UCITS ETF (IUVF), which suffered a net outflow of €2.34bn. Another name from this range, iShares Edge MSCI Europe Value Factor UCITS ETF (IEFV), also made it into the worst-seller list with a €0.47bn net outflow.

“If ETF flows are a good gauge of sentiment, then it could be inferred that the value investing theme may have run its course,” noted Jose Garcia-Zarate, associate director of passive strategies research at Morningstar, in a paper on the data. “After solid interest in the two previous quarters – in fact, even in the latter part of 2020 – value ETFs shed money in the third quarter. ETFs in the US large-cap value equity category were the worst-hit, with a combined €2.2bn of outflows in the period, but there was also disinvesting from Europe and global large-cap value propositions.”

If investors are less enthused about the prospect of a continued cyclical recovery, they do continue to worry about inflation and potentially any interest rate rises that could ultimately follow. That’s partly reflected in the shape of demand for bond ETFs: fixed-income funds continued to pull investors in and, as we saw in Q2, funds with limited levels of interest rate sensitivity or which make inflation-linked payments remained popular.

It will come as no surprise that environmental, social, and governance (ESG) and thematic funds remained popular, continuing their recent strong momentum. But other areas of demand may come across as unexpected. With Chinese authorities taking strict regulatory measures in a swathe of different sectors, some investors have backed away from the region. But a couple of ETFs in this space registered huge interest in the third quarter of 2021.

China’s big tech companies were among the most prominent victims of the crackdown so KraneShares CSI China Internet UCITS ETF (KWBP) has found itself in the eye of the storm. The ETF's three largest holdings in mid October were Tencent (HK:700), Alibaba (HK:9988) and Meituan (HK:3690) which made up around a third of its assets. And between the start of the year and 13 October the fund had made a sterling loss of nearly 35 per cent. But some brave investors appeared to think it was the perfect way to buy the dip – the fund enjoyed a net inflow of €342m in Q3, making it the most popular thematic ETF for the quarter.

This helped a fund that we highlighted in our last quarterly round-up. iShares China CNY Bond UCITS ETF (CNYB), which tracks an index of Yuan-denominated bonds issued by China’s Ministry of Finance and policy banks, continues to pull in the money. The fund had a net inflow of €1.19bn in Q3, making it the second-best-selling bond ETF in that quarter. As we noted last time around, the fund has already achieved huge scale, having only launched in summer 2019. Its 2021 performance has continued to look steady, with a sterling total return of 5.2 per cent over the year to 14 October.

As usual, many of the new ETFs coming to market are seeking to capitalise on hot trends. VanEck Vectors New China ESG UCITS ETF (CEBG), for example, seeks to access “companies at the forefront of China’s transformation, representing the new economy”, with a focus on stocks in the tech, healthcare, consumer staples and consumer discretionary sectors. As the fund’s name suggests, companies must rank above a regional median ESG score to be included in its holdings.

The fund, which launched in September, spreads its assets fairly widely with 100 different holdings and no single position accounting for more than 1.3 per cent of assets as of mid October. Its biggest sector weighting at the end of September was a 27.9 per cent allocation to healthcare, with 22.1 per cent in consumer discretionary companies, 20.3 per cent in information technology and 19 per cent in consumer staples. The fund had much smaller allocations to communication services, industrials and financials.

Another topical launch in Q3 was Invesco Solar Energy UCITS ETF (RAYSLN). It tracks an index designed to capture the performance of solar energy companies across the globe, with “diversified exposure to all solar technologies, the entire value chain and related solar equipment”. Companies earning less than a third of their revenues from solar-related activities are excluded from this index, while stocks also need to meet certain liquidity requirements to be included.

Invesco Solar Energy UCITS ETF had around 40 holdings in mid October with a heavy emphasis on its biggest positions. SolarEdge Technologies (US:SEDG) and Enphase Energy (US:ENPH) each made up more than a tenth of its assets, and the top five positions made up around 40 per cent. Like many thematic funds, Invesco Solar Energy UCITS ETF has a heavy skew to technology and the US, with the latter representing around half of its assets.