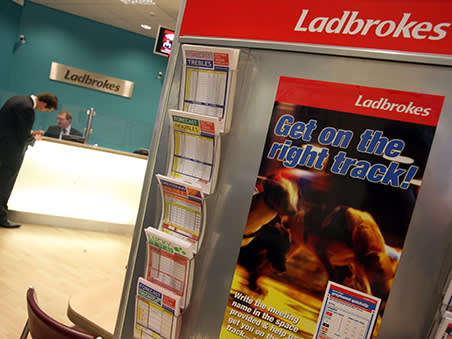 For the second time this year, Entain (ENT) has seen takeover interest from a US suitor fall through after Boston-based fantasy sports group DraftKings (US:DKNG) said it would no longer pursue a mooted £28-per-share bid for the FTSE 100 bookmaker.

Though DraftKings’ gave no specific reason for walking away, its chief executive and chairman Jason Robins said the group is “highly confident in our ability to maintain a leadership position and achieve our long-term growth plans in the rapidly growing North America market”.

Entain, whose board previously said it would “carefully consider” the proposal, issued a similarly defiant statement about its prospects as a standalone entity, citing 23 consecutive quarters of online net gaming revenue growth, its own leadership in the North American gaming market, and opportunities to treble its total addressable market.

Although shares in the Ladbrokes owner fell on the news, they had been trading at £21.50, implying few expected the acquisition to proceed.

Doubts had been fuelled after Entain’s joint venture partner MGM Resorts International (US:MGM) said the terms of the two companies’ BetMGM tie-up gave it veto power on any transaction “whereby Entain or its affiliates would own a competing business in the US”.

On reflection, DraftKings appears to have over-estimated its ability to strike a deal. MGM can at least pride itself on having structured BetMGM smartly, after its own January offer for Entain collapsed on price and a lack of financing options.

For Entain shareholders, both aborted bids have set down markers that helped the stock more than double in value in the past year. They can have little complaint. Hold at 2,040p.