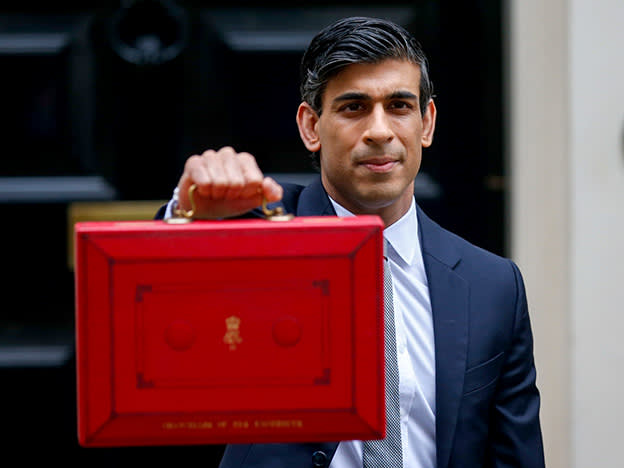 Sunak keeps some budget surprises up his sleeve

Business rate changes, an overhaul of alcohol duty and more money to transform brownfield land were some of the unexpected elements of the autumn spending review

Although many of the announcements in Rishi Sunak's autumn spending review had been flagged well ahead of his address to the House of Commons, he still had a few surprises up his sleeve that had implications for investors in a range of equities and pensions.

Given the scale of the fiscal support for homeowners and property developers in recent years, this was an underwhelming Budget that largely recycled or reiterated several previous pledges.

One fresh pledge was a £1.8bn investment earmarked for “housing supply”, £1.5bn of which will be put towards regenerating underused land and improving transport connections across more than 100 areas of the UK. Together with £300m in local authority grant funding focused on brownfield sites, the Treasury says the new pot will “unlock” 160,000 new homes.

For context, that’s just over half of the government’s annual target for new houses.

The investment led the chancellor to claim a “£24bn multi-year settlement for housing” that will help turn “Generation Rent into Generation Buy”. However, this figure includes a commitment to deliver up to 180,000 homes by 2029 via the £11.5bn Affordable Homes Programme that was announced a year ago by then-housing minister Robert Jenrick.

Sunak also gave further details on how the government plans to finance the cost of fixing the cladding scandal. Property developers that make more than £25m in annual profits – which includes all of the major listed housebuilders – will now face a 4 per cent levy to help fund a previously announced £5bn fund to remove unsafe cladding.

A form of what will now be known as the Residential Property Developer Tax had increasingly been seen as inevitable within the industry, after hundreds of thousands of homeowners were left with punishing bills for remedial work on properties in the wake of the 2017 Grenfell Fire. Earlier this year, Barratt Developments (BDEV) became the first major property developer to back a levy, when chief executive David Thomas acknowledged the need to find “a collective responsibility to be a part of the solution”.

Published figures show the Treasury expects the tax to yield £200m in the 12 months to March 2023, rising to £250m by 2027. Shares in housebuilders rose following the Budget announcement, suggesting investors may have feared a more punitive settlement.

Investors also bid up shares in UK commercial property landlords, after the government introduced a 100 per cent improvement relief on business rates for occupiers who make upgrades that increase a property’s rateable value. AN

The Chancellor of the Exchequer surprised almost no one with the outcome of the government's long-awaited review into the banking surcharge. While the slashing of the surcharge from 8 per cent to 3 per cent was broadly welcomed, the sting in the tail was that rising national insurance and a changing mix of corporation tax rates are likely to cancel out any real benefit.

Despite the headline fall, the Budget made clear that banks will still be paying a higher effective rate of corporation tax (28 per cent) compared with the 27 per cent the industry paid prior to the changes. Overall, corporation tax rates are set to rise from 19 per cent to 25 per cent. In addition, the surcharge threshold is also being raised by £100m to give more room for challenger banks to emerge – a persistent problem in a UK market that is dominated by just five large institutions. The Treasury’s own figures show that the banking levy and surcharge bring in a relatively small amount of annual income – this hit £3.1bn this year but is forecast to fall to an average of £2.25bn over the next few years.

For some, the tax burden on the banks is already too high. “On a comparative basis, the effective tax rate for a model wholesale banking activity, considering both taxes borne and collected, was already some 13 per cent higher in the UK than in New York,” consultancy PwC said. Investors reacted with relative calm to the news. On a broadly negative day for financial shares, the biggest share price fall was for Barclays (BARC), while HSBC (HSBA) Natwest (NWB) and Lloyd’s (LLOY) were flat. JH.

The government plans to make lower earners who contribute to net pay pension schemes eligible to claim a top-up from the 2024/25 tax year.

Employees who contribute to net pay arrangement schemes receive tax relief at their marginal rate, which for those with taxable earnings at or below the personal allowance of £12,570 is 0 per cent. By contrast, employees contributing to relief at source schemes receive a top-up of 20 per cent on their pension contributions, even if they pay no or a lower rate of income tax.

The top-ups paid will be paid to people in net pay arrangement schemes after the end of the relevant tax year, with the first payments in 2025/26 and continuing thereafter. The government says that up to 1.2m people could benefit by an average of £53 a year.

Long-running occupational pension schemes tend to use net pay arrangements as these were the only option prior to 2006.

But Jon Greer, head of retirement policy at Quilter, says: "The problem won’t be fixed until tax year 2025/26 and will only include contributions made from 2024/25, meaning these low earners will have forgone millions in pensions tax relief due to years of dithering. The government’s solution is imperfect, albeit better than the current situation, as it commits to paying a top-up contribution directly to the person’s bank account. This means that they will lose out on potential growth by not having the money held in the pension fund, and there is a risk of delay between the pension contribution being made and receiving the top-up."

Meanwhile, a small administrative change has been made to capital gains tax. Effective immediately, the deadline for residents to report and pay capital gains tax after selling UK residential property has increased from 30 days after the completion date to 60 days. The same increase has been extended to non-residents disposing of UK property. LW.

Pub chain shares rose after Sunak announced an overhaul of the alcohol duty system, cancelled a planned duty rise, and introduced a one-year 50 per cent cut in business rates for retail and hospitality companies.
The new duty framework, which will be introduced in 2023, will be based on the principle of stronger drinks being taxed at higher rates. This will raise the tax on red wine. Conversely, rose, liqueurs, and ciders will attract lower rates.
The changes will simplify a duty system that is “complex, outdated and full of historical anomalies”, Sunak said.
The number of main duty rates will fall from 15 to six.
A ‘draught relief’ will cut the rate on draught beer and cider by 5 per cent. This will apply to drinks served from draught containers over 40 litres and will “particularly benefit community pubs who do 75 per cent of their trade on draught”.
A ‘small producers’ relief was also announced to help craft producers of cider with a strength of under 8.5 per cent.
An imminent raise to duties on spirits, beer and wine was cancelled by the chancellor at a cost of £3bn. Sunak said that the reform package represents the largest cut to beer duties for 50 years and the steepest fall in cider duties since 1923.
The chancellor also announced a one-year business rates discount. He had been pushed to abolish rates, which bring in £25bn to treasury coffers. He instead revealed that applicable companies in the retail, leisure and hospitality sectors will be able to claim a 50 per cent discount in rates up to a value of £110,000.
Industry lobbying on next year’s rise in VAT proved fruitless. The chancellor confirmed the levy will return to 20 per cent in April 2022.
The pub market responded favourably to the Budget package. Shares in JD Wetherspoon (JDW) spiked by 6 per cent, while Marston's (MARS) was up by 3 per cent and Mitchells & Butlers (MAB) up by over 4 per cent. CA.

The government will consult before the end of the year on increasing the 0.75 per cent cap on defined contribution (DC) auto-enrolment pension scheme charges to enable them to invest in potentially higher returning assets, such as infrastructure.

The consultation will consider amendments to the scope of the cap to better accommodate what the government describes as “well-designed performance fees and enable investments into the UK’s most productive assets”. It says that the aim is to allow pension savers to benefit from better growth in their long-term investments.

Under the current level of charges it is harder for pension schemes to pay the costs of more expensive investments such as infrastructure. The government also said that it "will continue wider policy work to understand and remove various barriers to illiquid investment".

Becky O’Connor, head of pensions and savings at investment platform interactive investor, said current workplace pension scheme fees are typically much lower than the current cap, at around 0.4 per cent to 0.5 per cent – begging the question as to whether they need to be lifted.

"The potential upside to pension savers is that the type of investments the government wants pension fund managers to make could produce higher returns for individuals than they would otherwise receive.

“But there is always the risk that these higher returns won’t materialise and people end up paying more for their pensions for no good reason.”

However, Callum Stewart, head of DC investment at Hymans Robertson, said that if investment strategies deliver better longer-term returns, it may be better for scheme members.

“With the creation of new long-term asset funds, DC schemes will be able to access investments that could improve returns net of costs and charges over the longer term.”