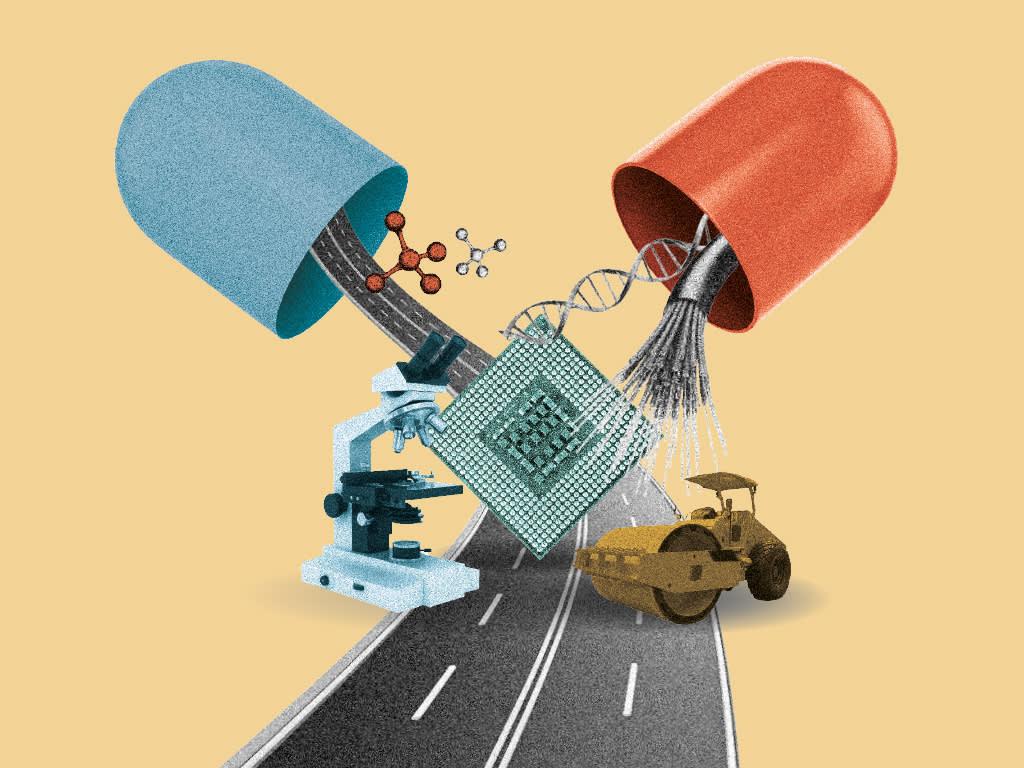 Investment trust fundraising amounted to £11.4bn in the first 10 months of the year, a record for the ancient fund structure which is now financing a new wave of innovation.

Most striking is the rate at which secondary fundraisings have been taking place. Some 93 trusts raised a combined £9.3bn over the first 10 months of 2021 – the majority of which invest in some form of alternative or unlisted asset. 10 investment trust IPOs have successfully launched this year, with six more in the pipeline at the time of writing. But it hasn't all been plain sailing – six investment trust flotations have been postponed or cancelled owing to lack of demand, and five have been liquidated or rolled into another trust.

In 2019, the Association of Investment Companies (AIC) introduced a new investment trust sector called ‘Growth Capital’ to accommodate a surge in trusts investing in late-stage private companies that they look to own until flotation or beyond – known as ‘crossover investing’. The sector has seen rapid growth as investors look for a way to participate in the growth of companies that are coming to market later.

Two of the biggest fundraisings have been in this sector. Baillie Gifford’s Schiehallion Fund (MNTN) is listed on the Specialist Fund Segment of the London Stock Exchange but is available to private investors on some major platforms including Hargreaves Lansdown and AJ Bell. It has raised just over £500m this year, helping boost its market capitalisation to over £1.2bn.

Chrysalis Investments (CHRY), which listed on the main market in November 2018 and looks to buy private companies and own them until flotation or beyond, has raised an impressive £300m this year as its share price has been very strong, partly thanks to chunky valuation uplifts in ‘buy now pay later’ leader Klarna which makes up almost a third of the trust's assets. However, Chrysalis’ investors have had a bumpy ride – its share price fell 15 per cent in the first two weeks of October following the collapse of The Hut Group’s (THG) share price, which had made up 8 per cent of the trust's assets. This offers a good example of the risks associated with concentrated portfolios of early-stage companies.

There were also two investment trust IPOs in this sector. Seraphim Space Investment Trust (SSIT) launched in July to great fanfare, raising £178m. Once fully invested, it is expected to have 20 to 50 holdings spread across the US, UK and Europe.  Seraphim Space Investment Trust was trading at a premium of over 20 per cent at the time of writing, as many hopeful investors have flocked to this trust which targets high returns of 20 per cent a year.

Goldman-backed Petershill Partners (PHLL), which specialises in buying stakes in alternative asset managers, listed on the main market in September, issuing shares worth £547m, according to AIC data, as well as selling existing shares. The company delivered 21 per cent compound annual organic growth in aggregate assets under management from 2018 to 2020, according to research firm QuotedData. However, its share price was down 10 per cent in its first three weeks of trading.

Schroder British Opportunities Trust (SBO), which floated late last year, has got off to a respectable start with its net asset value up 11 per cent in its first year. And Schroder UK Public Private Trust (SUPP), formerly Woodford Patient Capital Trust, has seen its net assets fall by 8 per cent over the past year, although its share price has risen, with its discount tightening from around 40 per cent to the mid teens.

Infrastructure investment trusts have boomed as the energy revolution has gathered momentum and the pandemic has exposed a critical need to invest in infrastructure. The questions investors have to ask now is whether the sector is becoming too crowded and whether the premia that these trusts command are sustainable.

Digital 9 Infrastructure (DGI9) and Cordiant Digital Infrastructure (CORD) listed on the Specialist Fund Segment earlier this year and have raised £750m and £588m, respectively, via their flotations and secondary raisings. They aim to provide a reliable income by investing in infrastructure assets that support the internet, such as data centres, fibre-optic networks and mobile towers. While it is early days for these trusts, demand has been high and Cordiant traded at a premium of 16 per cent on 1 November, while Digital 9 traded on a premium of 7.4 per cent, having raised £275m at the start of October.

Renewable energy infrastructure trusts have raised £2.4bn this year. Renewables Infrastructure Group (TRIG), the largest and one of the oldest in the sector having launched in 2013, has led the pack by raising £440m. On 1 November 2021 it traded on a premium of 18 per cent with a dividend yield of 5.1 per cent. Greencoat UK Wind (UKW), the second-largest renewable energy trust, has raised nearly £200m and Octopus Renewables Infrastructure Trust (ORIT), Bluefield Solar Income Fund (BSIF), Gore Street Energy Storage Fund (GSF) and Gresham House Energy Storage Fund (GRID) have each raised at least £100m, too.

If you are considering a renewable energy trust, Ryan Hughes, head of investment research at AJ Bell, suggests going for one of the more established players. He suggests Renewables Infrastructure Group, owing to its large and diverse portfolio of 75 energy projects and the fact it has less developmental risk than newer trusts.

Real estate investment trusts have also had a bumper year, with European property trusts raising £556m and the UK commercial property, logistics and residential subsectors each raising over £400m between the start of the year and 20 October.

Tritax EuroBox (EBOX), which launched in 2018 and invests in European warehouses and logistics assets, has raised the most at £411m. Its UK counterpart, Tritax Big Box REIT (BBOX), has also had a bumper year, raising £300m. As the pandemic has led to a surge in demand for logistics assets, Tritax Big Box REIT’s net assets have surged by 36 per cent over the past year, but it commanded a high premium of 16.8 per cent on 1 November.

But as investors in Civitas Social Housing (CSH) know, the verdict is out on how robust social housing income will prove, as concern lingers on tenants’ ability to meet the long-term lease agreements. However, James Carthew, head of investment companies at QuotedData, thinks Civitas is trading at an anomalous discount (about 13 per cent) and bought some shares in the trust recently.

Polar Capital Global Financials Trust (PCFT), which listed in 2013, raised £122m in its first secondary raising after financials fared better in the cyclicals rally. This is a sector poised to profit from a rise in interest rates, so long as it doesn’t lead to a spike in bad debt.

No investment trusts have launched this year that invest mainly in listed equities, with Liontrust ESG Trust’s IPO surprising the market by failing to raise sufficient funds. Liontrust’s sustainable fund range have had very strong performance and the failure of its trust launch shows just how hard it is for managers to launch new equity trusts.

Some trusts do share buybacks to control their discounts. Scottish Mortgage Investment Trust (SMT) represented a third of all investment trust buybacks in the first nine months of this year, according to data from Winterflood. This is largely a function of its size, as it had assets of £21.98bn on 1 November, and bought back shares during periods when it slid to a significant discount.

Carthew says that the profit taking in growth sectors is making some equity trusts look attractive for long-term investors. He singles out Monks Investment Trust (MNKS), Baillie Gifford US Growth Trust (USA) and Montanaro European Smaller Companies Trust (MTE). These are trading on discounts but their 12-month average ratings are premiums, according to Winterflood.

Four out of six trusts which have merged or liquidated were equity trusts. Invesco Income Growth (IVI) was rolled into Invesco Select Trust (IVPU), Jupiter UK Growth was rolled into Brown Advisory Global Leaders Fund (IE00BYPJ0V09), Acorn Income Fund (AIF) is being rolled into Unicorn UK Income Fund (GB00B00Z1R87) and Gabelli Value Plus+ was liquidated with no rollover vehicle. Scottish Investment Trust (SCIN), which has a 134-year history of self-management, has also thrown in the towel and will become part of JPMorgan Global Growth & Income (JGGI) subject to shareholder approval.

Read all the articles in our Investment Trust special

Around the world in eight investment trusts

Where investment trusts have outperformed

Should you buy generalist or specialist?