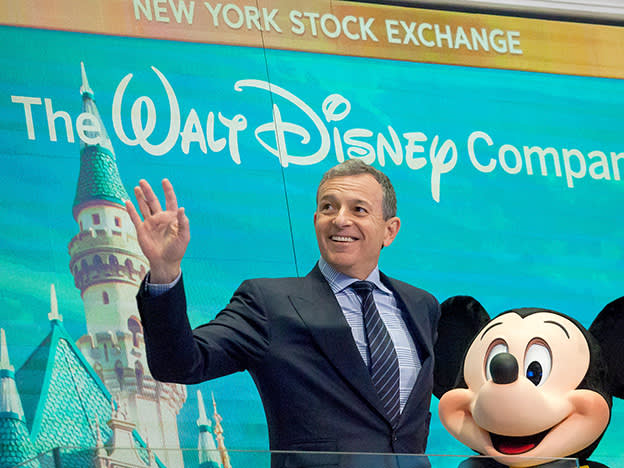 The FTSE 100 reaches a post-pandemic high, and updates on Rivian, AstraZeneca, Avon Protection and Wood Group

Mixed start for stocks following a solid performance in the prior session and a mixed one in the US. After a slow start European stock markets - the Stoxx 600 and DAX - eked out fresh records Thursday and the FTSE 100 managed to hit its highest level in 20 months. In the US, the Nasdaq and S&P 500 rose but the Dow was dragged into the red by Disney (DIS). This morning, the FTSE 100 is down 0.3 per cent and the rest of the major bourses are trading a little firmer. No sign yet of any major drawdown or volatility, but it seems too quiet.

Inflation is front of mind for investors this week after the US CPI report, which has driven a sharp rally in gold and the US dollar. Today’s University of Michigan inflation expectations will be closely watched, although it is unlikely to drive any material shift in the post-CPI momentum. Expectations are forecast to rise to 5 per cent from 4.8 per cent last month. We’re also watching the UoM consumer sentiment data and JOLTS job openings – a marker for the health of the US labour market, although these days not such a great signal due to the massive mis-matches and dislocation in the market post-pandemic.

Gold has pulled back from a 5-month high hit in the wake of the inflation data, holding around $1,855 in early trade. USD is solid to start the session with DXY consolidating above 95. Oil fell with spot WTI at $80 amid a resurgent US dollar and uncertainty over the path of US policy in terms of addressing higher gasoline prices. Higher case rates in Europe and Asia may also weigh - Austria heading to full medical apartheid with a lockdown for the unvaccinated.

AstraZeneca (AZ) shares fell 3 per cent after earnings missed expectations, though it said it would start making a profit from its Covid vaccine from the fourth quarter onwards. "The Company is now expecting to progressively transition the vaccine to modest profitability as new orders are received. COVID‑19 vaccine sales in Q4 2021 are expected to be a blend of the original pandemic agreements and new orders, with the large majority coming from pandemic agreements," the firm said in today’s Q3 trading update. Earnings per share of $1.08 was short of expectations but management stuck to its full-year guidance. Shares are up 24 per cent YTD and it remains in a good place to tap growing demand.

Shares in EV darling Rivian (RIVN) soared by another 22 per cent to $123. Tesla (TSLA) ticked lower by just 0.4 per cent after it filings showed founder Elon Musk had offloaded $5bn in stock. At the incredible valuation for Rivian, Musk tweeted: “I hope they’re able to achieve high production & breakeven cash flow. That is the true test. There have been hundreds of automotive startups, both electric & combustion, but Tesla is only American carmaker to reach high volume production & positive cash flow in past 100 years.”

Shares in Avon Protection (AVON) fell by 42 per cent in early trading to £11 as the company put its body armour business under review after another product testing failure.

Avon’s Vital Torso Protection plates failed initial US Army tests, which will “significantly delay” the timetable for their approval, it said.

There will also be further delays to the delivery of body armour plates to the US Defense Logistics Agency (DLA), which failed initial tests in December last year but were due to begin shipping in the current quarter.

The company had expected its body armour business to contribute $40m (£30m) to sales in its current financial year ending in September 2022, which broker Peel Hunt had forecast at $330m.

However, Avon Protection said body armour sales are now likely to be “significantly reduced” this year and potentially beyond, depending on the outcome of its review. It has also delayed the release of its 2021 results, which were due on 23 November.

Energy-focused infrastructure business Wood Group (WG.) has cut its 2021 revenue expectations despite surging oil and gas prices, and launched a strategic review into part of its consulting division, saying the ‘built environment’ unit was not “currently being recognised in its market capitalisation”.

The consulting division overall is responsible for just under a third of sales, and the company said built environment would bring in $1.3bn in sales this year. The company does contracting and consulting work largely for the oil and gas and renewable energy sectors.

The lower overall sales outlook, which dropped the revenue forecast from $6.6bn-$6.8bn to $6.4bn, came from Covid-19 conditions sticking around longer than expected: Wood said the “rate of recovery of projects has been slower than anticipated”, with activity deferred into 2022.

Cash profits will also be lower than expected, with the adjusted margin expectation coming down from 8.7-8.9 per cent to 8.5-8.7 per cent.

The company’s share price dropped 5 per cent on the update. AH

Neil Wilson is the Chief Market Analyst for markets.com