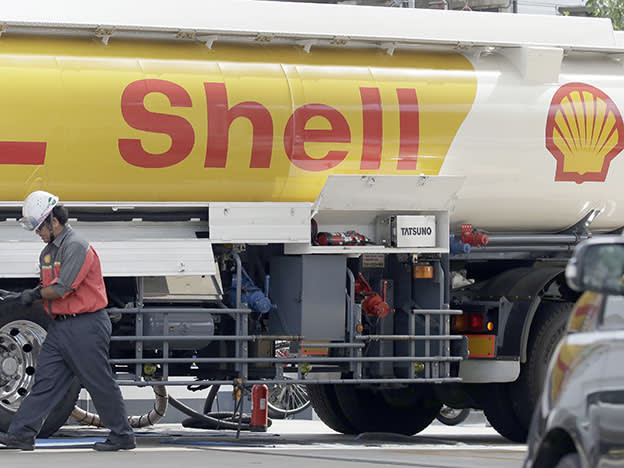 Energy giant promises higher buybacks through plan to shift tax designation to the UK, where it is registered

Amid pressure to dramatically restructure its business, oil and gas major Royal Dutch Shell (RDSB) now wants to drop its UK/Netherlands dual company structure and the ‘Royal’ and ‘Dutch’ from its name. The proposition will go to shareholders at a meeting on 10 December.

Shell is currently incorporated in the UK but its official tax residence is the Netherlands. Shell’s shares were up 2 per cent to 1,673p on the announcement.

Earlier this year, a Dutch court ordered the group to cut its carbon emissions by 45 per cent by 2035, far more aggressively than executives had planned. The company is challenging this decision, although has now committed to a 50 per cent cut in its scope 1 and 2 emissions, which cover direct and indirect pollution from its operations, by 2030.

Chairman Sir Andrew Mackenzie said the restructure would give the company “an increased ability to accelerate the transition to a lower-carbon global energy system”. The company also promised to eliminate the A/B share class division and said a single corporate base would “allow for an acceleration in distributions”, meaning more buybacks. The change in tax jurisdiction would bring on a "corporate income exit tax" charge of up to $400m (£298m), according to Jefferies.

Mackenzie was previously chief executive at BHP (BHP), during which time the company came under pressure to simplify its UK/Australia joint structure. Since his departure, the miner has announced it will make Australia its primary listing, meaning it will no longer sit atop the FTSE 100.

Jefferies analyst Giacomo Romeo said the Shell shift could help the company with its challenge against the emissions court ruling, which was brought by Milieudefensie, the Dutch wing of environmental campaigning group Friends of the Earth.

“We believe that a clearer separation from the Netherlands could also have positive implications for the Milieudefensie case on Shell's carbon emissions as it would make it harder to claim that the Dutch Court has jurisdiction,” said Romeo.

The restructuring plan comes less than three weeks after activist fund Third Point called for Shell to split the group into a heritage business focused on oil and refining, and a renewables and trading company that would attract investors looking for greener options. In his September quarter letter, the shareholder's founder Dan Loeb said Shell had an “incoherent, conflicting set of strategies attempting to appease multiple interests but satisfying none”.

Since then, Shell argued its integrated model was right for the energy transition, and would allow fossil fuel profits to be funnelled into green power investments. BP (BP.) chief executive Bernard Looney also made this argument in his company’s September quarter results call.

Shell’s dual structure dates back to its early history, and the 1907 merger between the Royal Dutch Petroleum Company and the Shell Transport and Trading Company. The current legal structure has been in place since 2005, was never envisaged to keep the A/B share structure in place permanently. The removal of 'Royal Dutch' from the name is not so much a choice: the company said it would no longer meet Dutch requirements to keep it with the new structure.

We are sceptical of Shell's long-term value, even if high oil prices mean it is generating massive amounts of cash at the moment. Sell.