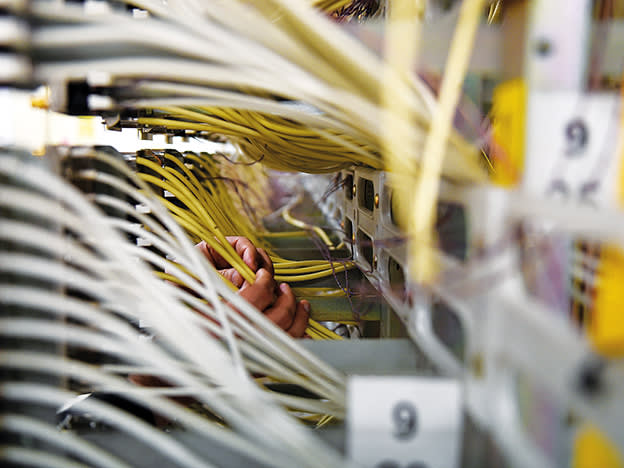 Telecom stocks rally behind KKR bid for Telecom Italia, with BT and Vodafone rising too

Stocks in Europe started mildly higher, shrugging off some of the caution that we saw at the tail end of last week on lockdowns in Austria and elsewhere. Telecoms stocks rallied as KKR made a bid for Telecom Italia; BT and Vodafone led the FTSE 100 higher with help from BP and Antofagasta. Vivendi, a major shareholder in Telecom Italia, led the Stoxx 50 higher. Telecom Italia itself rallied 22 per cent on the news. There has been a lot of speculation about a possible takeover of BT of late, so the move by KKR creates some further excitement that Altice’s Patrick Drahi could launch a bid. A no-bid clause preventing Altice offering for BT expires Dec 10th. More broadly, if private equity is starting to sniff around this sector then it suggests there could be value to be found in other names; it underlines just how unloved a corner of the market it has become.

Inflation remains on everyone’s minds – for now the benign approach of the Federal Reserve and European Central Bank is keeping real yields pinned to the floor, which is supportive of risk, and both European and US stock markets continue to trade around their all-time highs. The market got a little frightened last week as European nations started to crank up their lockdown mechanisms again. This probably doesn’t amount to kind of economic impact as previous ones, even if Germany locks down its Christmas markets and so on. Meanwhile the US has put all that nonsense behind it, so the market is not overly concerned about a winter of localised Covid restrictions. Also consumer sentiment does not equal market sentiment when there liquidity is so ample and monetary and fiscal policy so loose.

Strong earnings from the US retailers helped the S&P 500 eke out a gain last week, whilst megacap tech lifted the Nasdaq Composite to a gain of 1.2 per cent. In contrast the pressure on energy/financials left the Dow nursing a loss of 1.3 per cent for the week. Futures are pointing higher on Monday.

Oil is a tad higher to start the week but looking cautious, with WTI holding a $76 handle as sellers remain in charge. Gold trades around $1,850 as deeply negative real rates do battle with the dollar’s strength. EURUSD is testing last week’s 16-month lows again this morning.

This week is a holiday-curtailed one – the US stock market will be closed for Thanksgiving on Thursday, and it’s a half day on Friday. The key focus during the week will be president Biden’s pick for the Fed chair – does he stick with Powell or opt for Brainard? Brainard could be even more dovish than Powell is, and possibly a lot tougher on bank regulation. But more importantly, does she have a strong enough commitment to climate?

On the data front we are looking to Wednesday’s US PCE inflation, durable goods orders, Q3 GDP 2nd reading and minutes from the last Fed meeting, which will be parsed closely for two things: a) how worried are policymakers about inflation and b) how do they view how near the US labour market is to the level at which they can start thinking about thinking about raising rates. Richard Clarida – stepping down in a couple of meetings – said on Friday that the Fed could speed up the rate at which it tapers QE.

Also this week, we should hear from the Bank of England’s Haskel, with traders looking anything solid on whether a December rate hike is a goer or not.  We haven’t heard from Haskel since the summer. In May he said he’s not worried by inflation, and in July said there was no need to reduce stimulus in the foreseeable future - we make him a dove and his vote not required for a hike - so this needs to be considered when reading his comments. On Friday chief economist Huw Pill said he doesn’t know which way he will vote in Dec.

The Peruvian government has reportedly refused to extend the operating licences of two of Hochschild Mining’s (HOC) key operations, and may even try and close these mines, leading to a major selloff of the company’s shares on Monday morning. A Reuters report over the weekend quoted the prime minister as saying the government would “close the mines as soon as possible” while the company said a blocking of any future licence extensions was possible.

Often mines operate on rolling licences that need to be extended as the owners add to the reserves. Hochschild management confirmed that the Peruvian cabinet had “indicated that approvals will no longer be granted to facilitate additional mining or exploration activities” at its Inmaculada and Pallancata mines.

Chief executive Ignacio Bustamente said the changes were “illegal” and the company would “vigorously defend its rights to operate these mines using all available legal avenues”.

Hochschild’s share price fell 47 per cent to 90p on the news.

Frontier Developments (FDEV) had high hopes for its Jurassic World Evolution 2 game. The initial reviews implied this was a good step forward for the franchise, however, a trading update stated that “sales of the game over the initial period following its release have been lower than expected on the PC platform”.

The reason Frontier gave was that a lot of other “highly anticipated” titles on PC were released at the same time. It continues to forecast Jurassic World Evolution 2 to overtake Jurassic World Evolution in terms of revenue in the first 12 months of its release, but because of the initial issues, revenue guidance for the full-year 2022 has been revised down to between £100m and £130m.

Before this update, Factset consensus forecast was for revenue of £140m. Subsequently Frontier’s share price has fallen 35 per cent in this morning’s trading.

An issue is this is now the second underwhelming release of the year. Elite Dangerous:Odyssey was beset with glitches when it came out in May and CEO David Braben issued a public apology. With Warhammer and F1 Games in the pipeline for next year, the company will be hoping to get the market’s confidence back soon. AS