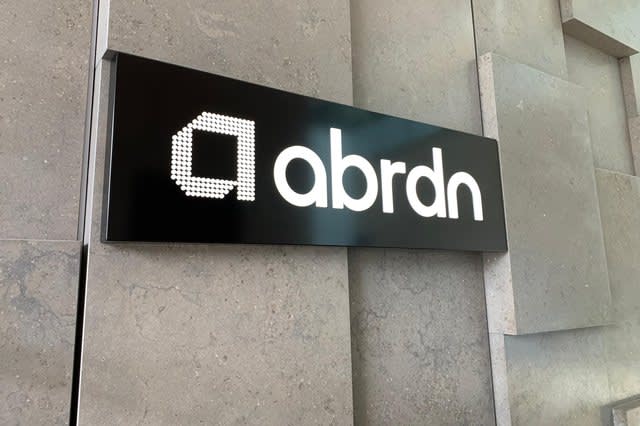 The asset manager is not alone in searching for new sources of growth.

The acquisition, which will see interactive investor’s 400,000 customers join the £532bn Abrdn stable, is expected to complete in the second quarter of 2022.

The move marks Abrdn’s biggest push yet into the retail investment market, as it seeks new drivers of growth. Bird, who became chief executive of Abrdn in 2020, has been on a mission to curb outflows at the fund company, which has struggled since the merger of Standard Life and Aberdeen Asset Management in 2017.

Richard Wilson, chief executive of interactive investor, said: ““This is an exciting new chapter in our history and means that we can focus exclusively on serving those who matter most: our customers.

“Our management will remain the same, and the same extraordinary team will continually develop our service and technology, while maintaining our subscription pricing, our whole of market choice and the same campaigning spirit and editorial independence”.

Interactive investor has also made several acquisitions of its own in recent years, having bought Equiniti’s share dealing platform in March, and The Share Centre, Alliance Trust Savings and TD Direct in recent years.

Stephen Bird, chief executive officer of Abrdn, said: “interactive investor is the UK’s number one subscription-based investing platform with a powerful reputation as a consumer champion.

“Abrdn’s scale, resources and shared vision will enable interactive investor to grow confidently and expand its leadership position in the UK’s attractive savings and wealth market.”

It is fair to say that the deal has sharply divided opinion in the City. For instance, analysts at Numis expressed that the tie-up could see a slowdown in new customer growth. The main worry is that the platform’s loss of independence will put off new customers from joining what had been a relatively distinctive subscription model offering – ii also earns plaudits for the quality of its content offering – and that this will lead to value destruction.

“For valuation purposes, we continue to model this deal as paying £1.5bn in order to acquire £1.2bn of value (in terms of what interactive investor becomes worth as part of Abrdn),” said David McCann, analyst at Numis. In other words, an estimated £300m net loss on the asking price. Ultimately, Numis reckons that most of the value in Abrdn shares will take an activist investor to unlock.

Holly Mackay, chief executive of Boring Money, a consultancy, says synergies between interactive investor’s and Abrdn’s customers and brands “remains to be seen”. She adds that the move “clearly signals the growing importance of a non-advised customer to UK asset managers and will cause lots of discussions and strategic reviews at Abrdn’s competitors over the coming months”.

The broader question now becomes how the other platforms will respond to the deal. AJ Bell (AJB) has just launched a suite of new platform apps to attract younger investors (see page 38), while Hargreaves Lansdown’s (HL) sheer size and market power makes it a formidable competitor for the combined business.

Although the platforms are rather like the high-street banks, in the sense of high levels of customer inertia when it comes to switching, they are clearly feeling the need to attract a younger set of investors – in response to the rapidly retiring and liquidating baby boomer cohorts – with a cheaper, low-commitment offering. The emphasis on “easy-to-use” is a response to fintech companies starting to muscle in on areas such as crypto trading and commission-free access to US markets. By focusing on niche areas, the fintechs avoid the broad cost base of the full-service trading platforms, while still being able to draw away higher-margin business.

The unanswered question now is whether this deal is the prelude to a “platform war of attrition” in which the biggest competitors start to compete aggressively for the attention of a rapidly changing investment clientele. That remains to be seen, but at the moment it seems that the platform are happy to offer new services, rather than to try and scalp each other on price - particularly at a time when increasing customers assets are not guaranteeing that higher margins will follow. We maintain our Hold recommendations for AJ Bell at 371p and for Hargreaves Lansdown at 1,311p.