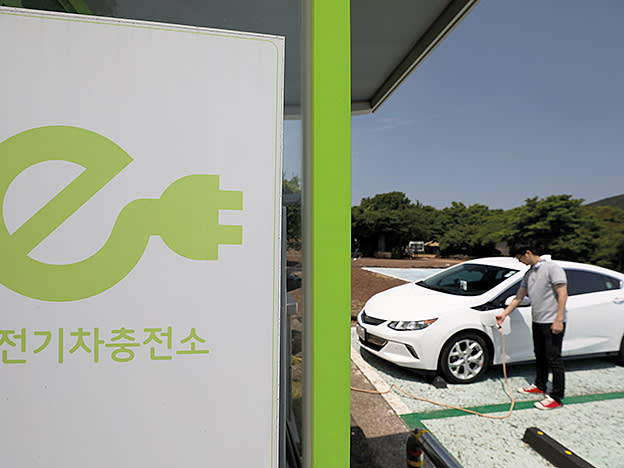 Solidity or speculation, it’s your choice

London has a few interesting research-based battery companies, but Solid State stands out because of its established ways

Solid-state batteries are made using a technology that promises massive improvements in lithium-ion battery efficiency and capacity, so a breakthrough could see ranges in electric vehicles (EVs) extended well beyond the few hundred miles that the most advanced models can currently achieve.

Solid state Li-on batteries that could power an EV are not yet at the commercial stage, although they have been used on a smaller scale in pacemakers and other medical devices for decades.

But those kind of investments are plentiful at the moment. London has seen a few pre-commercial battery technology listings recently, each with a broadly similar story: our technology could change the world. Superdielectrics (SD), which announced plans to list last month, has developed a new polymer used for electrolysis, while Gelion Technologies (GELN) has a new type of stationary battery (zinc bromide), which it says can also improve the performance of existing lithium-ion technology.

Neither company has yet worked the phones to make the sales. Superdielectrics aims for a “commercial prototype” in 2023 at the earliest, but Gelion is further along with its stationary batteries, signing memoranda of understanding with three companies to provide storage capacity. Gelion has had the usual rough ride in its first days of trading, almost doubling to 270p from its opening price, before falling back down to 207p at the time of publication. Superdielectrics is expected to float just after the Investors' Chroncle goes to press.

But Aim-traded Solid State (SOLI) is much more interesting than a battery start-up, not least because it has a public balance sheet that can be analysed. What it does is make is “trusted technology for demanding environments”. Intriguingly, the London market already has a solid state battery company in Ilika (IKA), but this is split between medical batteries and the usual pre-commercial research that could bear fruit down the line.

Solid State’s own products range from industrial routers to lithium-ion battery packs and antennas, as well as the technology behind automatic number plate recognition (ANPR) beloved by law enforcement. The order book has doubled in the past year, to £70m, with £9m of this coming in the two months after the 30 September year-end.

The major challenge for any electronics company this year has been acquiring enough parts, and Solid State has struggled, along with everyone else, with semiconductor supply. This could partly explain the bigger order book, as customers wait longer for delivery.

“[Shortages have] resulted in some increase in stocking at Solid State during the period and post period end, requiring investment in working capital, and some commitments to longer order schedules by both Solid State and its customers,” the company said.

Happily, chief executive Gary Marsh said the other big corporate concern at the moment - price rises - was less of a worry, as buyers showed “clear recognition of the need for the financial effects to be passed on into selling prices”.

But in a first half where underlying strengths were covered up by what are, hopefully, short-term issues, Solid State pointed to higher operating and cash profit margins, thanks to acquisitions and a better “mix of products sold”. Broker WH Ireland forecasts full-year sales of £79m and pre-tax profits of £5.4m, a 19 per cent and 9 per cent increase on 2021, respectively.

To be fair to Solid State, it does have an interest in solid state Li-on batteries. In its half-year announcement, the company said it was “keeping pace with the emerging solid state battery technology being driven by the automotive sector”, and that it remained a “subject matter expert offering our customers the most appropriate chemistry for their given application”.

But given that car-sized solid state batteries aren’t yet available commercially, one can only speculate on the chemistry it has with its customers.

A balanced portfolio would have some exposure to the next-decade battery stocks, with a grounding in companies like Solid State that have established niches and also pay a dividend. The balloning order book will also do no harm to sentiment. That looks solid enough. Buy.