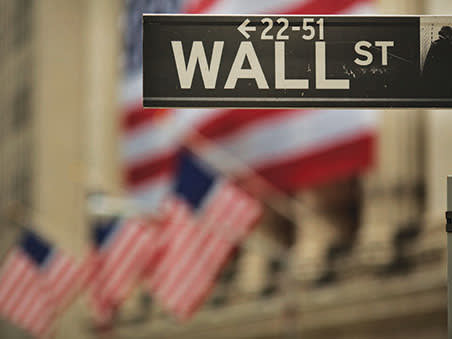 S&P: high margins and an even higher moat

To outsiders, the hierarchy of firms on Wall Street can sometimes seem very alien. For example, there should be no discernible difference in the business models of the top ratings agencies, and yet a rating from Moody’s carries more weight in the eyes of investors than either Standard & Poor’s or Fitch. Moody’s can even point to a large shareholding from Berkshire Hathaway as evidence of its gold-plated status.

Following 'the Sage' in this case does not look like an unwise bet, given the agency is one of just 19 stocks to make our screen. But S&P Global (US:SPGI) is just ahead on our criteria. With a wide (and growing) range of products from credit ratings to market data services, it also offers canny stock-picking investors the opportunity to buy quality at a reasonable price.

S&P Global itself comprises a conglomeration of the old Platt’s natural resources rating and information agency, the McGraw Hill technical publishing company and the S&P ratings business with which most are familiar. Investors with access to terminals may also be familiar with the Capital IQ software. After a series of deals, the company was only reorganised and renamed as S&P Global Platts in 2016.

The pace of acquisitions has not slowed down. For example, in November 2020 S&P Global and IHS Markit gave conditional approval for a $44bn (£33bn) all-share merger, with IHS shareholders owning 32 per cent of the combined company. The remedies demanded by regulators had little overall impact on the merger – IHS had to dispose of several of its commodities information businesses while S&P Global must divest some of its structured leverage and finance information services. While sorting out some of the crossover, the intervention still allowed the combined company to find significant economies of scale.

The merger was even larger than the London Stock Exchange’s raid on the old Thomson Refinitiv market information business and was undertaken for broadly similar reasons. In short, demand for securities and business information is only increasing. Once regarded as a low-margin business, pricing for information providers has also improved significantly at the same time as technology has allowed a cloud-based database approach to selling information to customers. The time when City or Wall Street offices were filled with old bits of infrastructure to support often clunky share price terminals is rapidly drawing to a close, helping to strip out significant levels of capital expenditure.

Overall, there is little competition to each of the big market players in the business information sector – both S&P and Moody’s hold 40 per cent each of the global ratings market, for example – and the economic moats are dauntingly wide; outsiders tend to specialise in specific business information niches instead of building up the scale and resources needed to maintain a sustained challenge. That market dominance is measured by S&P’s bottom line; the ratings division, alone, accounts for 40 per cent of the company’s overall revenue and contributes over 50 per cent of its net profits.

And S&P is all about profitability. The company earns huge margins, with average operating margins doubling to 48 per cent in a decade – in a sign that S&P Global has discovered that its size translates into significant pricing power.

The balance sheet looks in good shape, too: a current ratio of 1.7 indicates enough cash is being generated to fund all its obligations. On a debt-adjusted basis, the PE ratio of 38 puts it level with its peers, although S&P's superior returns on capital employed, compared with Moody’s 26.7 per cent, puts it in front on valuation grounds.

See our other in depth reports on top ranking stocks from the screen:

Coca-Cola still has the winning recipe