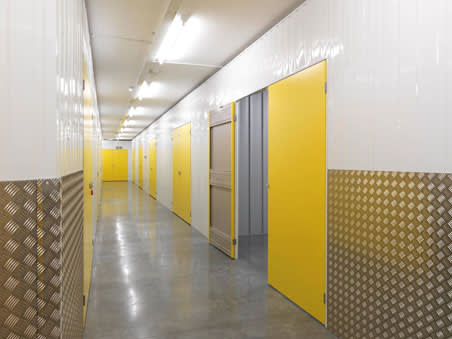 The wife of the self-storage landlord's executive chairman has just dumped £2.9m-worth of stock. Should you follow suit?

Less than three weeks later, Vetch’s wife Catherine sold 175,000 Big Yellow shares for just over £2.9m. Should less-connected shareholders read much into this?

There’s one good reason not to. A regulatory disclosure explained the disposal was “for the payment of taxes”, which gives you a reasonable hint as to the wealth that the Vetch family have amassed since Nicholas founded the business in 1998 alongside longstanding chief executive James Gibson.

Indeed, even after the latest stake sale – equivalent to less than one-thirtieth of their holding – the family has a beneficial interest in 3.39 per cent of Big Yellow’s equity, worth £105m at the current market price of £16.86 a share.

Nevertheless, the transaction is in keeping with the long-term trend to gradually reduce their holding; in August, for example, they sold £1.7m of stock with no mention of tax arrangements.

Historic disclosures show the chairman’s stake stood at 12 per cent – worth £10m – in 2003. Almost two decades on, his voting power may have declined, but Vetch has managed to increase his absolute holding while top-slicing gains. From the outside, this looks like a sensible strategy and shows how a public listing can assist in an orderly shift in ownership.

But that doesn’t mean Big Yellow isn’t worth selling. According to FactSet, the shares now trade at a 90 per cent premium to forecast book value for March 2023, and 83 per cent above 2024 consensus. That is starting to look racy for a business showing signs of slowing activity. AN

Melody VR’s technology allows fans to experience live music performances using virtual reality headsets. A quick search on Youtube gives you a sense of how this works. In one video released during lockdown, rappers Cypress Hill perform their 1993 hit Insane In The Brain in a studio with psychedelic images flashing on the walls. Lead singer B-Real then asks the audience to “clear the living room of all the furniture and get crazy”.

Management believes that immersive concerts like these are the future of the music industry but also still see value in the traditional streaming model. In 2020, Melody agreed to purchase notorious US streaming service Napster for $70.6m.

The deal was closed last December and the company rebranded as Napster Group in March this year. The Napster merger enables the launch of “a platform combining immersive visual content and music streaming” which is planned to be released early in 2022, according to company filings.

During the six months to June 30 the company declared an operating loss of $8.1m but its Napster acquisition means it now has a more substantial revenue stream – £32.9m, compared to £200,000 in the prior year.

Some 42 per cent of this is in the US, though, so earlier this month it said a listing in the US would be most appropriate for the business and “most beneficial for all stakeholders”. It will do this by offloading most of the business to a subsidiary, Rhapsody, which will be sold to US-based NM Inc for $45.6m. It intends to seek a Nasdaq listing within two years, the company said.

Proceeds of the sale will be distributed to shareholders and the UK business then delisted.

If the deal is approved, it involves a consolidation of the more than 2.96 billion shares currently in circulation at a rate of 750 current shares for 1 new ordinary share. Ahead of this, chief relationship officer Steven Hancock has decided to increase his holding, buying almost £101,000 worth of shares on December 10 to take his stake up to 4.5 per cent.

A week earlier, the company said it had received shareholder undertakings which, alongside directors’ and employee benefit trust votes, indicate that holders of at least 52.8 per cent of shares will support the proposals. It needs approval from more than 75 per cent of shareholders for the capital reduction required as part of the deal, though. AS.