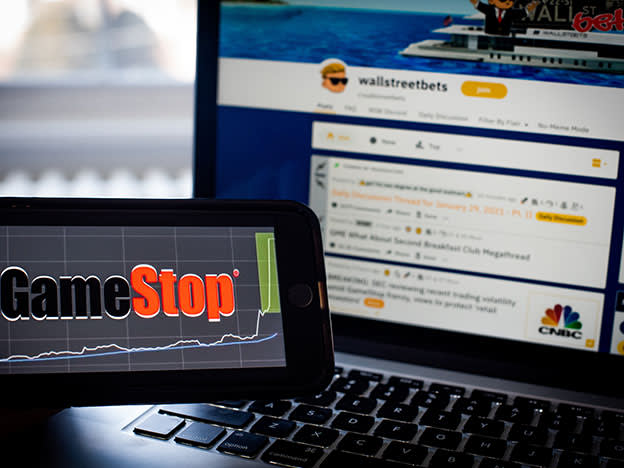 'Ok nocoiner': Generation wars will continue to divide the markets

Who to blame for r/WallStreetBets? According to Jaime Rogozinski, its founder, the answer not just the young traders who populate the notorious subreddit.

He suggests it was the baby boomers – the generation born between the mid-1940s and mid-1960s – who originally caused the stock market to lose touch with “its fundamental purpose for existing”, by turning it into a “high-tech system of fluctuating arbitrary numbers”. The difference, Rogozinski adds, between boomers and millennial investors – those born from the 1980s to 1990s – is that the latter are “proud to call Wall Street a casino”.

There has always been contention between younger and older generations. But the split between baby boomers and young people now seems particularly fraught. It permeates debates on race, transgender rights and the legacy of the British empire. It is aggravated by economic divides: unlike their parents, younger people carry student debt; property ownership is less affordable; unstable employment is common; defined benefit pensions are a thing of the past, at least for private-sector workers.

Young people are angry at what they perceive as a system that has provided financial security for previous generations, but not them. Perhaps it was only a matter of time before these feelings leaked onto the markets.

The GameStop saga, which saw shares in the loss-making North American computer game retailer jump 15-fold over a fortnight in January, has inspired young people beyond the 1.3m members of r/WallStreetBets. Reddit traders were out to make a profit, but they also wanted to stick it to some short-selling hedge funds in the process. The Wall Street institutions caught in the short squeeze were seen by many as legatees of the bankers who exacerbated the financial crisis – an event that weakened job prospects and in the UK served as the trigger for years of austerity. Many who did not actually invest in GameStop were cheering on from the sidelines.

As incentives for investing become political as well as financial, a conflict has emerged between generations of traders that mirrors broader rifts outside the markets. Experienced investors think the new generation is undermining what was once a functional system: they want markets to be rid of r/WallStreetBets so we can go back to the old way of doing things. Younger punters insist the old way of doing things was already broken.

In this sense r/WallStreetBets, as well as the burgeoning crypto community, have become one of today’s most prominent youth countercultures. Like other youth movements they have their own language, an anti-conservative streak and a political ideology. Crypto advocates like to hit back at naysayers with the put-down “ok nocoiner” – a riff on the pejorative “ok boomer”.

Amid their mounting economic and social frustrations, it is only a surprise young people did not club together sooner. Lockdown boredom may have spurred the movement. An accumulation of market developments laid the groundwork: the rise of commission-free trading apps lowered the barriers to entry for lower-income investors, while easier access to options trades helped them amplify their gains – as well as their losses. Over the past year, savvy institutional investors saw an opportunity to cash in and fuelled the growth of highly-speculative and highly-leveraged assets further.

As meme stocks and cryptocurrencies soar, the generational split can now be traced on a line chart. Despite considerable volatility, GameStop’s stock is up 1,171 per cent over the past year, while bitcoin has risen 167 per cent. Conventional assets like gilts and UK blue-chips have barely budged.

Experienced investors who steered clear of these market bubbles like to dismiss them as a mere blip. It is hard to say what the wider ramifications for markets will be in 2022 and beyond. But the emotions driving the movement  – and the forces enabling it – can not be ignored so easily.

GameStop may rise and fall, but the entry of meme-loving, disillusioned or even nihilistic market actors marks a strange new chapter with unpredictable consequences for individual stocks, cryptocurrency and alternative assets. After millennials a new generation is coming of age, Gen-Z, which is also entering the job market in the midst of an economic crisis. Some are mad as hell and on their mobile phones, they now have the tools they need to make the older cohorts sit up and notice.