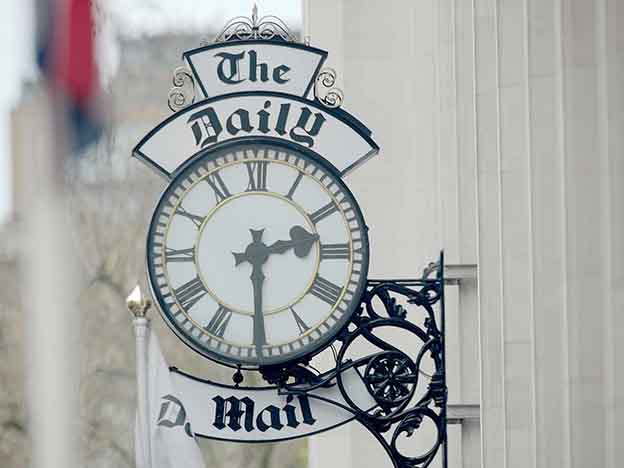 Shares in Daily Mail and General Trust (DMGT) will be delisted from the London Stock Exchange in the second week of January. By mid December, Rothermere Continuation Ltd (RCL) held shares, or had received acceptances under its revised offer, amounting tomore than half of DMGT’s share capital. That meant the final offer, worth 270p a share, became unconditional.

The board has duly resolved to make application to the Financial Conduct Authority to cancel the listing. The move will end DMGT’s status as a publicly traded entity, which goes back some 90 years.

His Lordship’s determination to take the group private may have seemed curious given that he and the Rothermere clan already held all the voting shares. But the group has been endeavouring to reduce working capital demands in response to a marked increase in newsprint costs in 2021.

It may be that Lord Rothermere simply believes that DMGT’s long-term commercial viability will be best served if it becomes a pared-back private entity. Indeed, it has been argued that private companies are not under as much pressure to cater to short-term shareholder imperatives, most notably capital returns, although the attractions of easy access to capital markets could become more apparent if interest rates continue to ratchet up. At any rate, an opportunity to further streamline operations came about through September’s cash sale of RMS, its insurance risk-modelling business.

It’s worth pondering whether the move tells us anything about the investment case for the print media sector, bound up as it is with determinations concerning advertising budgets.

Early in December, GroupM, an influential media agency linked to WPP (WPP), predicted that UK advertising spend will grow by 35.7 per cent this year, before moderating to 7.3 per cent in 2022. That outstrips the growth rate for any other mature economy, although regional figures were obviously skewed by the pandemic. The growth this yearhas largely been supported bygains in digital and TV. This dynamic was certainly in evidence in DMGT’s September year-end figures, which detailed revenue declines in print advertising and subscriptions set against a 14 per cent increase in digital channels.

Investors in the broader media sector will not be surprised by the direction of travel, although it could be argued that the future shape of the advertising industry, or at least its more profitable avenues, is still difficult to assess given technical evolution, with artificial intelligence (AI) and targeted marketing now to the fore. It is no secret that publishers, traditional media agencies, marketers and the print industry have been trying to arrive at a viable commercial model for the best part of two decades, a quest made all the more elusive by the pace of technological change and, latterly, the commercial disruption brought about by the pandemic. What the GroupM analysis does make clear is that digital media has captured the lion’s share of growth across the industry in 2021.

With DMGT out of the picture, it means that Reach (RCH) – formerly Trinity Mirror – is now the pre-eminent publicly-traded newspaper group in the UK, although the publisher of the Daily Express and Daily Mirror revealed that circulation numbers softened from the end of June through to 21 November 2021. It is no surprise that advertising revenues were also well adrift of the same period prior to the Covid-19 outbreak, down 29.2 per cent. Conversely, the group recorded a 36.4 per cent hike in digital revenues over the combined two-year, like-for-like comparator. Again, it is not difficult to appreciate the most likely generator of revenue growth.

Traditional print media companies have been in a bind, endlessly tinkering with their business models in response to the growing dominance of digital advertising. But it should be remembered that Big Tech’s primacy in this area is increasingly threatened by regulatory risk.

A consensus is emerging among politicians, regulators and activists that targeted online advertising needs to be more strictly controlled, a potential problem for the likes of Facebook – now Meta Platforms (US:FB) – and Alphabet (US:GOOGL). The ability to provide tailored advertising services is central to both their business models and the investment rationale. These companies enjoy strong bipartisan support due to their aggressive lobbying activities, and they have already taken measures (perhaps cosmetic in nature) to assuage policymakers, but any concrete regulatory reforms could conceivably benefit traditional print advertising over the long haul.