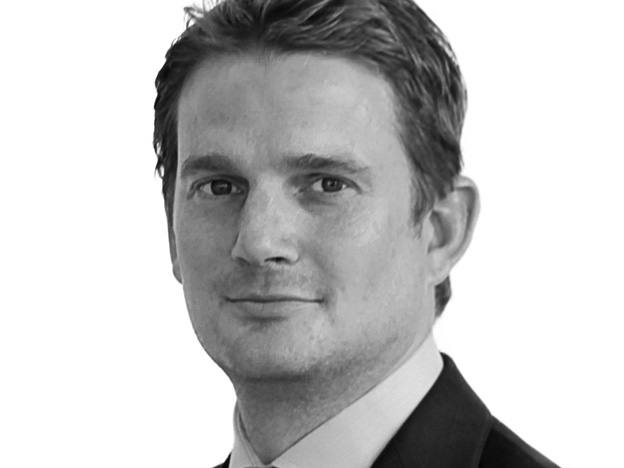 The pandemic has proved difficult for income funds, with many having to cut or rebase their dividends because the companies they invest in have cut or cancelled their dividends. But European Assets Trust (EAT), which invests in small and medium-sized companies, is paying a total dividend of 8p this year – 14 per cent more than it paid in 2020. Its policy is to pay shareholders an annual dividend worth 6 per cent of its net asset value (NAV) at the end of its previous financial year, in this case 31 December 2020.

The trust has been able to do this because, as well as using income generated by the companies it invests in, it can draw on capital – an option available to investment trusts. The ability to draw on capital has been particularly helpful since the outbreak of Covid-19 because many of the trust’s holdings have been conserving their capital and not paying out as much as usual. So, for example, only 9 per cent of the 2020 dividend was funded by income from holdings whereas about 37 per cent of the 2019 dividend was funded by income, which the trust's manager, Sam Cosh, says “is a more normal amount”.

To be able to maintain and increase dividends using capital requires a good level of growth. “Last year (2020) was a good year for the trust," says Cosh. "We grew the NAV by almost 22 per cent in sterling terms, enabling us to increase the dividend. We took a bit of risk out of the portfolio at the beginning of 2020, but as the crisis hit in March 2020 markets fell quickly, which allowed us to take advantage of some excellent prices on some really good high-quality businesses that had been on our watch list for a while. They powered performance through the year, which allowed us to deliver a good return ahead of the benchmark [EMIX Smaller European Companies (ex UK) Index] and deliver that increase in the dividend.”

These companies include Sweden-based MIPS (SWE:MIPS) which specialises in helmet safety technology. “It designs inlays for helmets which during a crash produce rotational motion so you’re less likely to be injured,” says Cosh. “This company sells the technology to helmet designers and it allows them to sell a safer product at a higher price. This has really penetrated the cycling market and is increasingly penetrating other markets. MIPS’ share price fell quickly and we bought it at a really attractive valuation, and it has gone up multiple times since we bought it.”

MIPS was European Assets Trust’s fourth-largest holding at the end of November, accounting for 3 per cent of its assets.

Another addition was Nordic Semiconductor (NOR:NOD), a Norway-based company that designs low-power Bluetooth chips. “We’d met the year before [in 2019] but felt it was a bit expensive,” says Cosh. “However, the shares halved in value in March and April 2020 and we bought a position, since when the shares have done very well. It has of course benefited from the increase in connective devices which has accelerated during the crisis.”

And it continues to do well. In November 2021, Cosh said: “Our best contributors were our holdings in technology. We are significantly overweight the sector and it performed well. Of note was Nordic Semiconductor… Following a disappointing reaction to its capital markets presentation, the company’s shares ended the previous month weak but recovered strongly in November. This was helped by a ‘buy’ rating from a global investment bank and the market’s preference for Covid beneficiaries.”

Not all of European Assets Trust’s holdings have fared so well, a notable example being budget airline Wizz Air (WIZZ). It was one of the trust’s poorer performers during November after selling off aggressively because investors feared that its operational recovery looks set to be delayed further.

But Cosh argues: “This has been a massively challenging environment for Wizz Air – travel has been decimated. But it has one of the lowest cost structures in the industry, the best liquidity and the best balance sheet. And its competitors are having serious problems because they’ve got historic high cost structures – many of them have had to rely on bail-outs. But Wizz Air has built up its network, made much better deals with airports, including ones that previously wouldn’t have dealt with them, and signed some great deals with aircraft suppliers. So they’re going to come out of this with a better cost structure and a bigger network against a competitor group that has really struggled. Also, part of the attraction of this business is that a large proportion of its consumer base is in eastern Europe where the propensity to fly is far less than in mature Europe. But it is growing, so there’s a really nice tailwind supporting growth.”

Food service businesses Marr (ITA:MARR) and Sligro Food (NET: SLIGR) also experienced share price falls in November. They provide services to the hotel, restaurant and catering industries, which are being impacted by restrictions and lockdowns.

But Cosh says that Marr’s “balance sheet has been strong, its competitors have been hit worse and I expect that this company will use its balance sheet to pick up some small acquisitions to build its market position. So while it’s been a difficult time for a lot of companies, if you’ve got the liquidity and balance sheet that will get you through and you could use it to improve your market position coming out of the crisis. It seems inevitable that Wizz Air and Marr will see a drop-off in demand, but we are confident in these businesses. They have worked hard during these challenging times to improve their operations and we believe they will emerge from this crisis in stronger competitive positions.”

Cosh and his team will sell a company if they think that the investment case no longer stands or the valuation has become too expensive. And the latter can result in them selling companies that appear to be doing well such as cognac producer Remy Cointreau (FRA:RCO).

“Remy Cointreau is a fantastic company that we bought during the crisis when the valuation reached levels we felt only accounted for the stock of cognac it held at the time,” says Cosh. “As cognac ages, it increases in value so we felt that we had a lovely margin of safety. We bought it and the shares have more than doubled since. It reached levels where we felt it was too expensive. We also have concerns over one of its main growth markets – China. We’ve seen a more interventionist Chinese government which has historically cracked down on, for example, officials gifting expensive luxury products, so we’re a bit concerned that might happen again.”

Because European Asset Trust can draw on capital to pay dividends, Cosh and his team tend to favour good-quality growth businesses, which he defines as “companies that can generate high returns on capital and compound those returns for many years, creating a lot of value. So if they can reinvest capital back into their businesses and get a good return we like that. But if they can’t, and they want to distribute it to us as dividends or share buybacks, we’re very happy with that. We trust the managements that we invest in to make sensible decisions with capital.”

He adds that these types of companies are more likely to reinvest in themselves for growth rather than paying out much to shareholders.

“We think that good-quality businesses can generate high returns for a very long time and far longer than the market assumes,” he continues. “The market assumes that returns will get competed away but with great businesses that doesn’t happen – certainly over a long time frame.”

Although Cosh expects European Assets Trust to outperform through a market cycle he acknowledges that there are conditions in which its investment approach does not do well. “When you get cyclicals and value spiking, and a big rotation to those, we tend to lag behind the market,” he explains. “But in our experience those are short, sharp and painful rallies and don’t tend to endure. “We believe that over a long-term time frame our philosophy and process will deliver returns above the benchmark – that is what we’ve done in the past.”