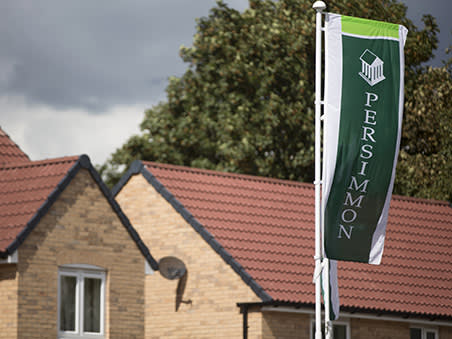 In recent months, housebuilder shares have looked increasingly unmoored from the broader equity market. Persimmon (PSN), the largest listed developer in the FTSE 100, started the year trading on 10 times’ forecast earnings for 2022, sitting on a "robust dividend" with an 8 per cent yield.

But in recent days, hopes that growing cash piles will be reserved for special distributions have been clouded by a growing standoff with the UK government. Today, shares in housebuilders dropped sharply after clear signs ministers will force the sector to pay £4bn to resolve the cladding crisis.

According to reports, the housing secretary Michael Gove has set a March deadline for all housebuilders with profits of more than £10m to come up with a “fully funded plan of action” to fix unsafe cladding on buildings with a height between 11 and 18 metres. Developers will also be ordered to carry out any remedial work on properties they previously worked on.

The scandal, which followed reviews of building materials standards in the wake of the Grenfell Tower fire in 2017, has left thousands of homeowners with huge bills for remedial work to ensure their properties’ basic safety. The government has previously earmarked £5.1bn of taxpayer money for works on apartment blocks over 18 metres.

Though the government is yet to decide which companies must contribute to the fund, Gove is reported to be seeking a “new deal” with industry to guarantee funding and secure commitments made to date.

So far, large developers including Persimmon and Taylor Wimpey have set aside more than £500m to fix legacy properties (see table). Barratt has gone further, buying back faulty flats and proposing a levy that chief executive David Thomas described as “a collective responsibility to be a part of the solution”.

Gove singled out some for their proactive approach. “Some developers have already done the right thing and funded remedial works and I commend them for those actions,” his letter states. “But too many others have failed to live up to their responsibilities.”

How the government would compel the industry to contribute over and above their existing commitments is not yet spelled out. But in a letter leaked to the BBC, Treasury secretary Simon Clarke gave Gove permission to use “a high-level ‘threat’ of tax or legal solutions in discussions with developers as a means of obtaining voluntary contributions from them”.

The scale and allocation of these contributions is not clear. If the £4bn cannot be raised in full, Clarke said the Department of Levelling Up, Housing & Communities (DLUHC) budget should be prioritised ahead of all other schemes, including Help to Buy and the Affordable Housing programme. This could mean negative knock-on effects for Vistry and Countryside Properties, which are increasingly geared toward partnership developments with local authorities.

Another option would be to raise the Residential Property Developer Tax that was formalised by chancellor Rishi Sunak in his October budget.

The 4 per cent levy, applied to property developers that make more than £25m in annual profits, was originally intended to contribute £2bn toward the government’s clean-up bill. Currently, the Treasury expects the tax to yield £200m in the 12 months to March 2023, rising to £250m by 2027.

Should the government take the taxation route, analysts at Jefferies calculate this could add 8 percentage points to housebuilders’ tax rate, which together with hikes in corporate duties would come to 37 per cent by 2023. But the brokerage believes this is “the maximum downside” and sees potential for the sector to pass on these additional costs either from materials suppliers, or by increasing forecast costs in land viability assessments.

Last summer, we suggested the cladding crisis had echoes of the payment protection insurance (PPI) scandal, in which banks routinely obscured or hid commission fees on policies. Campaigners have warned that the £4bn figure only covers cladding and falls well short of the £15bn remediation costs identified since Grenfell.

But this latest development, while negative for housebuilder earnings, suggests individual liability appears to be narrowing. Indeed, a quick remedy is likely to be in the sector’s best interests, even if the proposals lack detail, and might exceed the detailed provisions and exposures set out by the likes of Persimmon.

Set against huge cash piles, expanding margins and growing land banks, £4bn looks eminently digestible. Shareholders and executives have a number to work with: at no point did PPI claimants or the Financial Conduct Authority set a specific number for redress.