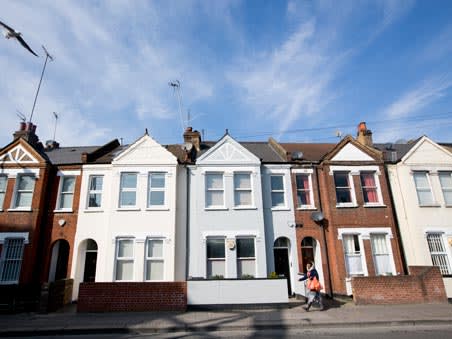 London house price growth stalled in 2021. Is this the beginning of a long-term trend?

Are there hard limits to house price growth? This question sprang to mind a couple of years ago when an insurance executive told me his finance team forecast UK house prices would rise 3.8 per cent a year – above real inflation and wages – in perpetuity.

Unsustainable? In recent decades, growth on this sort of scale is precisely what has happened. Between 2002 and 2020, annual inflation and wage growth in England and Wales averaged 2.9 and 2.4 per cent, respectively. Meanwhile, house prices rose 4.8 per cent a year, while London’s annual house inflation clocked in at 5.8 per cent – despite starting the period with prices around double the national average.

More recently, however, the capital’s frenzied growth rate has slipped.

During 2021, London house prices rose 2.1 per cent. By contrast, prices skyrocketed 14.5 per cent in Wales, and a tenth nationally. The figures, from Halifax, are based on “typical” properties, closer to the median, less likely to be skewed by multimillion-pound homes and therefore more reliable.

Various reasons have been offered for this shift, which Rightmove expects will persist into 2022.

One is the effect of those quitting the smoke. According to estate agents Hamptons, £34bn of London residential property was sold in 2021, up 65 per cent in a year. Londoners also spent £55bn on property outside the capital, up from just over £30bn in 2020.

A London-centric media is awash with tales of exodus. Growing acceptance of hybrid- and homeworking has contributed, as have pandemic-inspired reflections on living standards. While some London residents have benefited from their proximity to a global city, in reality one key quality-of-life test – an affordable and amply spaced home – looks better almost anywhere else.

But to some, the country’s most expensive housing market is unlikely to lose its forward momentum.

“This is a city increasingly for money, not for people,” concludes the University of Sheffield’s Rowland Atkinson in his 2020 book Alpha City: How London Was Captured by the Super-Rich. Hosed by an unending flood of real estate-destined capital, Atkinson sees London as having been co-opted by “the triumph of land and housing market values as the primary means of assessing social value”.

It’s worth remembering that extreme wealth has long existed in London. Like many huge cities, gross inequality is a near in-built feature of the place. It also remains home to lots of people – 9m at last count – few of whom are members of the elite club to which Atkinson refers.

Although London’s appeal for international investors cannot be discounted, other forces are at work, including supply and demand: since 2000, the city’s population has grown a quarter. UK-wide growth has been 13 per cent. For most of this period, interest rates have stayed below 1 per cent. Cheap finance plus rising demand and constrained, private sector-dominated supply is a recipe for inflation.

Divining what this all means for prices is guesswork. Here’s a prediction nonetheless: if interest rates hit 1 per cent in 2022, as many expect, London house price growth will go sideways. At best.

Against large principals, small rate hikes add up. The effect could be a switch in the default buyer of London property from working Londoners to cash-rich investors and landlords. Should that happen, then those who own their homes could soon find themselves in the minority.