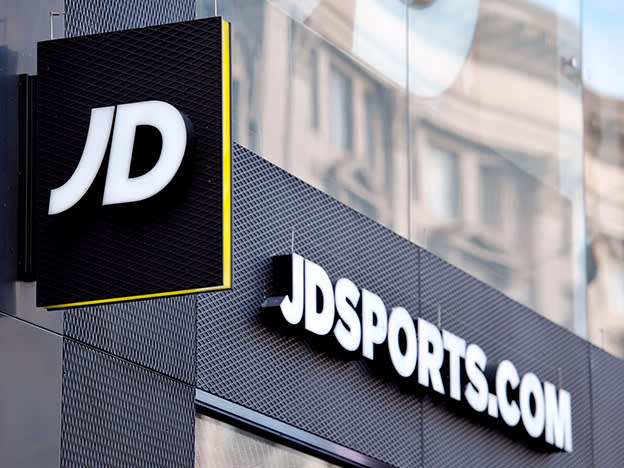 Company expects headline pre-tax profit to come in at £875m

JD Sports Fashion (JD) said profit for the year will come in ahead of market expectations after enjoying an upbeat end to 2021.

Sales for the 22 weeks to 1 January were 10 per cent higher than the prior year and its headline pre-tax profit figure will be “at least £875m”, ahead of the consensus forecast of £810m.

The retailer credited fiscal stimulus measures in the US for boosting its performance in the first half of the year, saying this could have added as much as £100m to its result. It also said positive levels of consumer demand had been sustained throughout the second half of its financial year, which ends on 29 January.

Tighter stock levels meant gross margins held up well in what was “a highly impressive end to the year”, broker Peel Hunt said.

Sales growth in Europe was “up in the 20s” in percentage terms, but fell to mid-single digit levels in the US against strong comparables, it added.

Looking ahead to next year, JD Sports expects profits to be in line with the current year, despite facing a number of headwinds including a shortage of stock on offer from some brands. This figure is also ahead of analysts’ current expectations of about £858m.

JD Sports has been as well honed in terms of its performance as some of the athletes who promote its brand and it is highly valued as a result. It currently trades at about 19 times forecast earnings, which is well above average for a retailer but in line with its own recent history.

Peel Hunt argued the shares are “still cheap” for a market leader with a track record of strong growth. The company’s shares have gained 25 per cent over the past year and Shore Capital has placed its rating under review, but it believes they will “run on again” after its latest profit upgrade. We concur and maintain our buy recommendation.