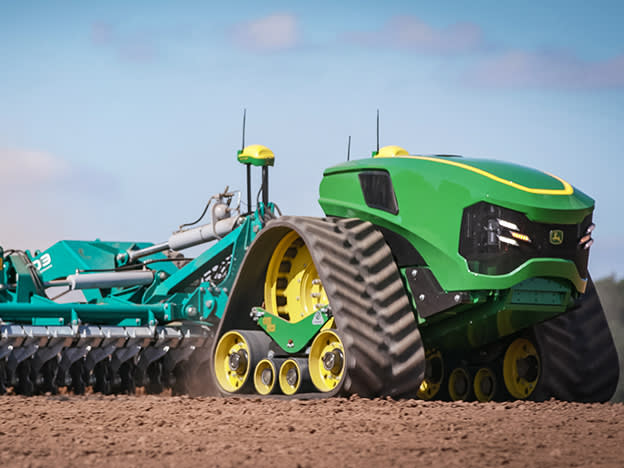 Farming via your smartphone – is Deere & Co worth buying?

England has witnessed several uprisings by rural workers in protest at agricultural mechanisation. Now, demographics and advancing digital technologies are triggering change in farm labour markets across the globe

Jeremy Clarkson isn’t usually renowned for producing television or press content of any real substance, yet there’s no doubting the man's popularity. Last year, an eight-part series documenting his struggles to get his farm in Oxfordshire up and running struck a chord with countryfolk and city-dwellers alike. But it also brought home just how difficult it is for a small-scale farmer to make a living through primary production.

And yet, the likes of Jim Rogers and other high-profile investors have been talking up the prospects for the wider agricultural sector for the past 20 years or so. The reasons behind this are not difficult to appreciate. The United Nations estimates that by 2050, we will need to feed an additional 1.82bn people on the planet, two-thirds of whom will be in Africa. That’s a 23 per cent increase on the current global population. Throw in worsening soil and water degradation, together with rising global demand for animal protein, and the scope for investors is obvious enough, although slightly troubling from a Malthusian perspective.

So, how will we be able to significantly boost global food production while limiting pressures on the natural environment? A key component in the pursuit of this objective is the ongoing drive to increase farm automation. The roll-out of robotics, drones, and computer vision software is transforming modern agriculture as farmers look to strike a balance between the need for increased yields and ecological stewardship, while the arrival of 5G technology has enabled drones to transmit high-definition images of agricultural land, in addition to monitoring livestock and engaging in pest control.