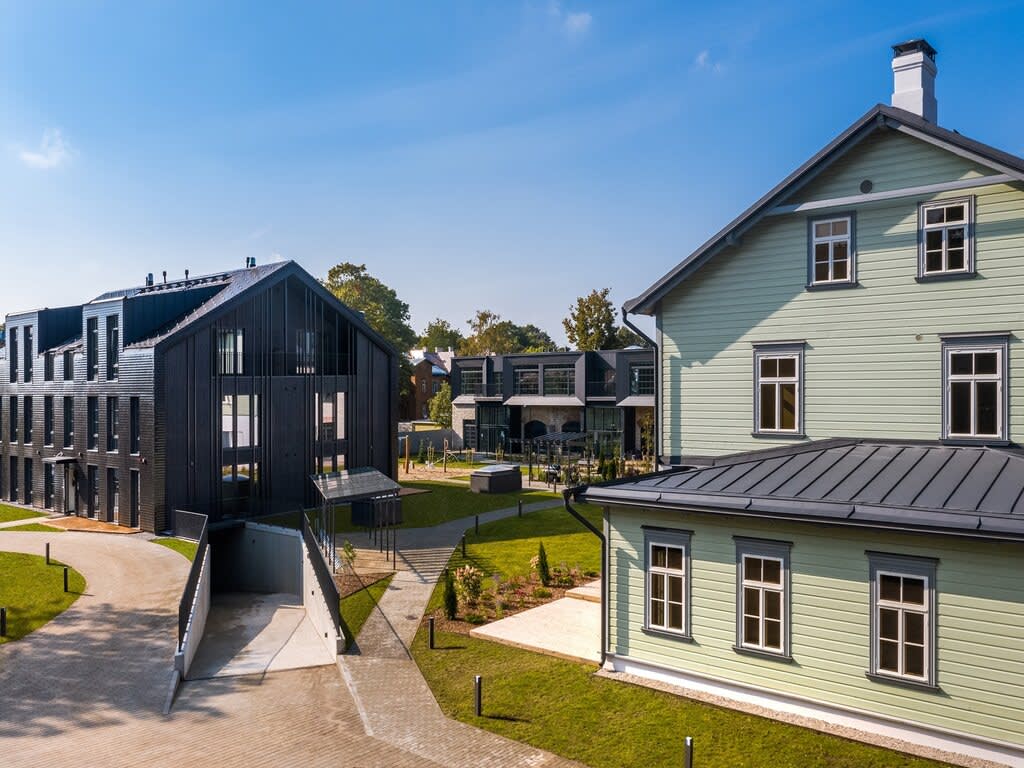 A pan-European property-only P2P lending platform is about to launch in the UK. Is the risk-reward promise too good to be true?

So far, 2022 has started where 2021 ended: with inflation at multi-year highs and yields from corporate credit and bond funds stubbornly low. Faced with this outlook, many UK investors will have resolved to search for assets that can beat inflation without adding exposure to equities.

Soon they will have a new option to weigh. EstateGuru, a “marketplace” for commercial property-backed loans, is set to formally launch in the UK when it opens an office in Manchester in March.

To some, the peer-to-peer (P2P) lender’s promise will look too good to be true. Since it was founded in 2014, the pan-European platform claims to have generated an average annualised return of 11.25 per cent for its 112,000 users, with just 0.01 per cent of loans made to date written off.

A “fast and flexible” approach to underwriting also means lending is growing at a rapid rate. As of this week, the group has funded €500m-worth (£417m) of loans and plans to hit €5bn by 2025.

Credit is extended to commercial borrowers, typically for under a year, and split across bridge, project development and business finance products. Unlike other P2P platforms, EstateGuru financing is also asset-backed; residential property is offered as collateral in around half of all loans, with the rest split between land and buildings under construction and commercial real estate.

The average loan-to-value is also reassuring at just under 60 per cent, meaning a property would need to lose at least 40 per cent of its value before lenders start to lose their principal.

EstateGuru plans to offer both investor accounts and the opportunity to borrow through the site on its UK launch. For the first time, both groups will also be able to borrow from or lend to the platform’s existing European network of investors and projects.

A spokesperson said re-authorisation from the Financial Conduct Authority (FCA) is expected this quarter. While the group was first granted permission to operate by the regulator in October 2019, its licence was frozen last August as the pandemic put its original launch plans on hold. Despite this, several thousand UK-based investors – including high-net-worth individuals – have been able to fund projects in Europe.

Peer-to-peer lenders work by matching borrowers with retail investors and collecting arrangement fees or a cut of interest paid by borrowers. P2P platforms grew rapidly after the global financial crisis, as they offered higher rates to savers and better terms to borrowers than high-street banks.

The arrival of EstateGuru follows a chequered history for P2P firms in the UK. Despite participating heavily in the government-backed coronavirus support lending, Funding Circle (FCH) took three years after its 2018 initial public offering to turn a small profit, and its shares currently trade more than three-quarters below their debut price.

Other issues with P2P lenders’ models have included the ability to price credit risk while meeting targeted investor returns. Zopa, one of the best-known names in the sector, launched in 2005, but has since closed new peer-to-peer investing accounts in favour of traditional banking products to fund its loans on a more stable footing. The group could list in London later this year.

Similarly, one of the major challenges facing EstateGuru as it grows is the need to balance credit risk with investors’ desire for high returns in a market already well-supplied and understood by finance.

Historically, over two-fifths of EstateGuru loans have been made in Estonia, the small Baltic state where the group is headquartered, and which in recent years has gained prominence as a hub for fintech businesses. Wise (WISE), the London-based cross-border payments firm that joined the FTSE 100 last year, was founded by Estonian businessmen Kristo Käärmann and Taavet Hinrikus.

EstateGuru now has a presence across the Baltic states, as well as inSweden, Finland and Spain. A large proportion of loans are now originated in Germany after the group opened an office in the EU’s largest economy last year. Further expansion is also slated for the Netherlands, Italy and France.

Ross Gandy, the platform’s managing director for the UK, is confident of replicating the success in Germany, and has a target to fund £70m of loans – initially ranging in size from £50,000 to £3m – in the first year of operation. The UK office is also lining up a £300m credit line from several major banks to underwrite loan funds that can be marketed to institutional and high-net-worth investors.

Asked how the group plans to compete with incumbent lenders, Gandy points to EstateGuru’s existing infrastructure and funding knowhow, as well as speedy and light upfront credit checks, as differentiators. “Yes, it’s a very saturated [property finance] market in the UK,” he acknowledges. “But the fact we’re a fintech is a major selling point; we’re digitised, and our underwriting is a lot slicker and more simplified.”

For investors, the kitemark of FCA approval will be key. So, too, will be EstateGuru’s ability to maintain double- or high-single-digit returns.

Evidence that the group’s own funding and expansion strategy are stable are other considerations. Although EstateGuru is a private company, disclosures show it was profitable in 2020, and has since secured additional financing through the Seedrs crowdfunding platform and a €5.8m follow-on Series A funding round in which Aim-traded venture capital firm TMT Investments (TMT) participated.

At the time, TMT co-founder Artyom Inyutin lauded the company for “attracting money to real estate and at the same time making it possible to invest investors’ funds at a profit”. That solution takes on fresh significance with this push into a nation of property-obsessed (and yield-hungry) investors.

*This article has been updated to clarify Funding Circle turned a profit in H1 2021.