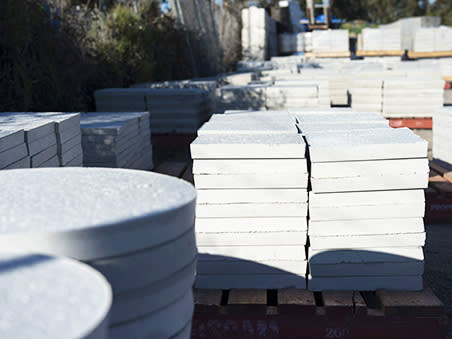 Paving blocks supplier Marshalls (MSLH) battled through tough trading conditions that included both raw material and labour cost increases to deliver sales of £589m last year, a 26 per cent increase on 2020 and a 9 per cent uplift on 2019.

Revenue growth was strongest in its domestic business, which represents 28 of its total top line. This division grew sales by 30 per cent on 2020 and 18 per cent on the prior year.

Its commercial and public sector arm, which makes up two-thirds of total sales, grew revenue by 26 per cent the prior year, or 4 per cent compared to two years earlier.

Operational challenges led to “significant” cost inflation, as the company had to pay overtime to cover coronavirus-related absences and some customer project delays, but these were largely recouped through a price rise in the second half of last year. Another increase has been implemented this month.

Trading continues to remain positive into this year, up 13 per cent in volume terms in recent weeks before price rises are factored in, the company said.

The average cost of concrete products like blocks, bricks, tiles and flagstones increased by 7 per cent in the year to November, according to Office for National Statistics figures.

Marshalls' improved top line and a "close monitoring of cash flows" also provided headroom to allow it to pay down borrowings. Net debt at the end of last month dropped by 46 per cent year-on-year to £41m. Excluding leases, it had net cash of £100,000.

Marshalls shares rose 3 per cent to 712p, equating to about 22-times current year earnings forecasts of just over 32p by brokers Shore Capital and Davy.

Shore Capital analyst Graeme Kyle believes the company's strengthened balance sheet offers the opportunity to complete bolt-on acquisitions, which could enhance earnings by a further 10 per cent by the end of next year.

With a home improvements market that currently shows no signs of slowing and a government pouring more taxpayers' money into infrastructure projects, the prospects for Marshalls' main markets are bright. Even so, its shares hardly look cheap compared to a broader index of UK building products that trades off a ratio of about 14-times forward earnings. Hold.