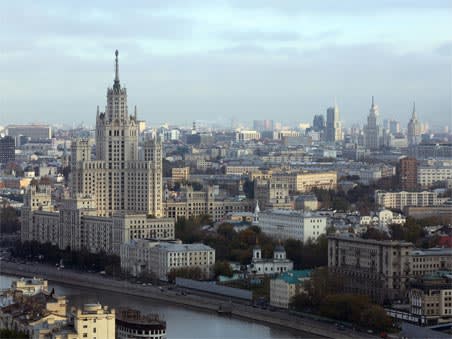 Tensions with Russia could lead to gas price surge

Europe’s energy crisis could significantly worsen due to the geopolitical situation in Ukraine, analysts from investment bank Stifel have warned.

The UK could be faced with “quadruple-digit gas prices and blackouts” if Russian energy imports are cut off or reduced because of tensions, the analysts said in a note on the implications for the energy and power sector.

This could lead to UK gas prices breaching 1,000p a therm, with “industry shut-ins and power rationing” needed to reduce energy demand, they said.

European nations, including the UK, are particularly exposed to gas supply problems. They have limited levels of gas reserves due to low domestic production and lack sufficient storage for liquefied natural gas (LNG), most of which gets exported to Asia.

The EU imports over half, and consumes around 30 per cent, of its gas from Russia, according to Stifel.

Russia would be able to survive economically from losing out on European gas export revenues, the analysts argued, as it would benefit in such a situation from a likely rise in oil prices.

“The additional tax revenues generated from the higher oil prices would offset this loss of gas export revenue”, they said.

Hanging over the geopolitical situation and the potential impact on energy supply is the controversial Nord Stream 2 gas pipeline. The pipeline, owned by Russian state-backed Gazprom (MCX:GAZP), has been built but has not yet received official regulatory approval in Germany so is not yet operational.

The pipeline would allow Russia to provide gas directly to Europe, as it runs through the Baltic Sea to Germany. It bypasses Ukraine, which would lose out on the significant energy transit revenues it currently receives. German chancellor Olaf Scholz has said that if Russia attacks Ukraine, the pipeline's approval could be at risk.

Russia has amassed 100,000 troops on the Ukrainian border as the threat of conflict intensifies. Ukraine, which was a republic of the Soviet Union, has developed closer ties with Nato and the West, while Russia has sought to regain its former influence.

Stifel’s analysts pointed to Serica Energy (SQZ) and Harbour Energy (HBR) as examples of stocks that could benefit from gas prices soaring further as a result of the crisis.