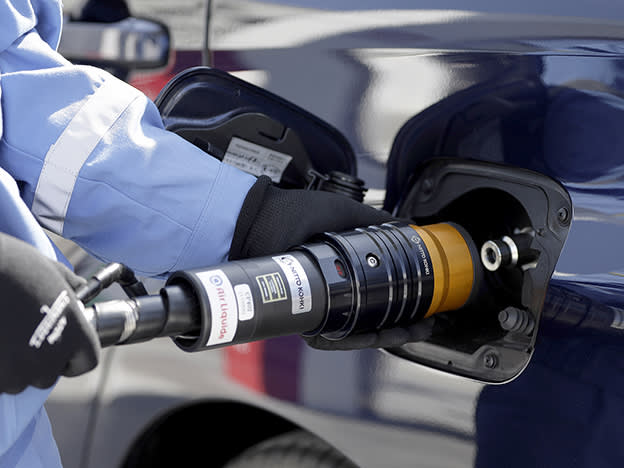 ITM Power’s (ITM) financial results are not like those of other companies. For starters, revenue is not mentioned until several paragraphs in. Readers are instead greeted with columns of megawatt (MW) data, alarmingly reminiscent of GCSE physics.

But ITM Power is itself unusual. The Sheffield-based company builds electrolysers that pass an electrical current through water and produce ‘green’ hydrogen, which can then be stored or used in industrial processes. Its share price exploded in 2020 when investors got excited about the energy transition, growing tenfold in the space of 12 months. Things have since cooled down, but the company’s market capitalisation still sits at over £1.5bn.

So far, ITM’s performance has done little to credit such a hefty valuation. Half-year figures show that revenue is up on last year – but it still only reached £4.2m. Meanwhile, losses from operations are getting bigger, reflecting an increase in overheads – particularly around engineering and production – as the company prepares to scale up. There was also no grant income in the period to offset these costs.

The group is awash with cash after multiple rounds of fundraising, with net cash reaching £158m (including lease liabilities) at the half-year-end. Around £242m has since been raised. However, cash burn is still significant at almost £12m for the six months to October 2021.

Given the obvious 'blue-sky' element in ITM's valuation, the question is if, and when, the company’s growth plans will come to fruition. As of 27 January, ITM said it has a power backlog of 499MW. However, just 17 per cent of this is contracted – the majority is still in negotiation. The focus is now on converting the tender pipeline into contracted projects. Meanwhile, management expects “continued long-term growth” in its backlog. (It is worth noting that “long-term” is a new addition since its trading update in December.)

Analysts are optimistic, on the basis that hydrogen will be central to the new energy mix and that government policy will support end markets. Consensus estimates compiled by FactSet expect sales to shoot up over the next two years, reaching £61.6m in the year ended April 2023, and £129m the following year. However, RBC has warned that valuation metrics look “extreme” and cash constraints may cause headwinds.

The future of ITM is far from certain. However, given its implied market share and the current direction of the energy transition, it is worth considering as a speculative, high-risk/high-reward addition to your portfolio. Judging by the lofty premium to net asset value, it seems investors are willing to back the technology, although its long-term prospects may be largely reliant on continued governmental support – it's not the only "clean energy" option in play. Speculative buy.