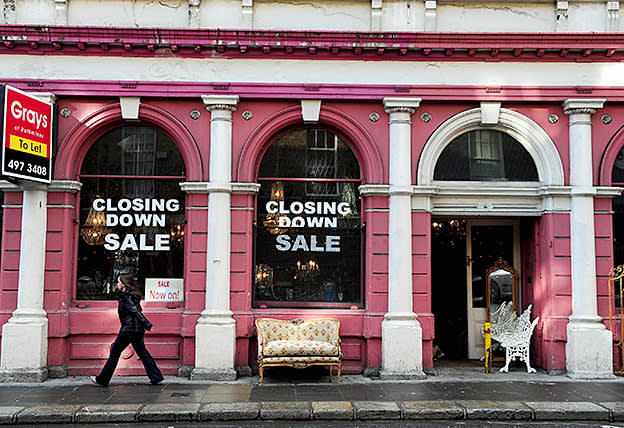 The latest Red Flag report makes for grim reading, and should shake investors out of any complacency

As government support measures are pulled, we are seeing the real costs of the pandemic to small and medium sized UK businesses.

Begbies Traynor’s (BEG) latest Red Flag Alert reveals that 589,168 businesses across the UK are reporting significant financial distress. That’s in addition to a 106 per cent rise in County Court Judgments (CCJs), which the company describes as “a key early sign of future insolvencies as creditors are now actively using courts to recover debts”.

Executive chairman, Ric Traynor, added that the stark increase in CCJs “demonstrates that companies are taking a tougher line on recovering debts, in many cases to ensure their own survival”.

And it’s a broad-based squeeze. Only one sector of the 22 covered by the Red Flag Alert registered an improved position. The three most distressed sectors were support services, construction, and real estate & property services.

It is difficult to assess what the long-term implications are for the services sector due to the intermittent dislocation in the economy, but Julie Palmer, partner at the Manchester-based insolvency specialist, said that the “construction sector looks particularly vulnerable as raw material availability, combined with record inflation, has significantly reduced the margins for many SMEs”.

Further government infrastructure stimulus measures could be put in place, and Palmer went on to say that "anecdotally, we are hearing stories about HMRC giving companies two or even three years to pay their tax bills”, though it may only prove to be a case of “delaying the inevitable”.

That last point is particularly salient, as the unprecedented disruption was met with unprecedented support measures. These are being steadily pulled and the true extent of the damage to the economy will become apparent as the tide roles out. With inflation at a 30-year high and interest rates seemingly headed in one direction, the portents are far from favourable. The threat of stagflation is as real as ever.

The Begbies Traynor analysis comes on the heels of government insolvency statistics showing that corporate insolvencies were up by a third in the two years to December 2021. Investors have already started to park their capital in less risky corners of the market, with “defensives” very much in vogue.