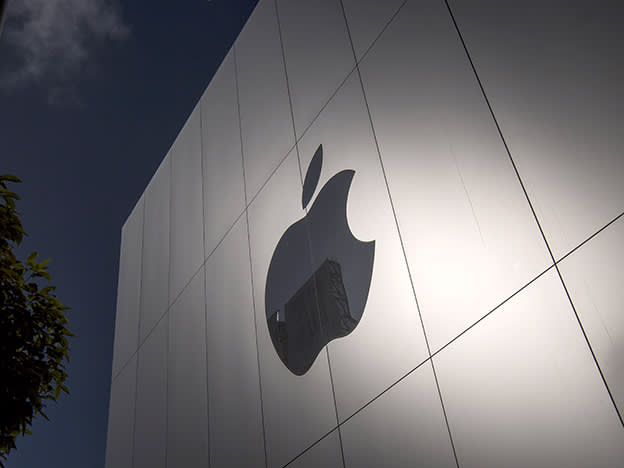 European stocks slipped in early trade as markets continue to chop in the wake of the recent discounting. The FTSE 100 is off almost 1 per cent, less than peers, with the DAX -1.3 per cent and Stoxx 50 -1.2 per cent. US markets were mixed yesterday with the Dow flat, S&P 500 down 0.54 per cent, the Nasdaq –1.4 per cent and Russell 2k –2.2 per cent. Futures for the small caps index indicate new cycle low, weakest since December 2020, but the rest are holding within Monday’s range – no new highs, no new lows. Some indecision – 3 per cent intraday swings are becoming common - but it was the tenth straight day where decliners outpaced advancers... selling continues. Earnings so far are good with 80 per cent of the 145 companies in the S&P 500 that have reported so far beating estimates but the market has other things on its mind. Trash is still trash: COIN –5 per cent, MSTR –10 per cent, ARKK –4 per cent and Tesla (TSLA) –11 per cent (see below).

US GDP came in bigger than expected at +6.9 per cent vs 5.5 per cent forecast... huge inventory build over the quarter which is maybe not such a great signal for Q1 2022. Ian Shepherdson at Pantheon says: "Hugely flattered by inventories; Q1 GDP will be much weaker." Instinctively I agree and it suggests the Fed needs to crack on with the tightening as tailwinds are easing... PMIs and retail sales remember? Other data was fine but not inspiring: initial jobless claims in line at 260k; durable goods orders down -0.9 per cent vs the expected –0.5 per cent decline; pending home sales down –3.8 per cent vs –0.2 per cent estimate – lack of supply. Today is PCE inflation day.

Inflation is the drag on the economy! And the Fed is worried it’s gone so slow it’s now hiking into not just market turmoil but also recessionary indicators... stagflation klaxon. The Fed ‘put’ is dead... all the market and the Fed can hope for is soft landing: inflation eases right back, supply chain problems are fixed, fewer hikes needed and we can all say Jay is a genius... only this is not the most likely outcome so yields are looking like they could invert and everyone is running for cover. Energy still the brightest spot – commodities are good but energy is also the one place where you can rely on dividends and buybacks whatever the Fed is doing to the discount rate. Don’t fight the Fed or the tape seems to be front of mind right now... Omicron and Russia it ain’t.

Investors may have turned away from tech at the start of the year but the biggest tech company of them all continues to churn out excellent results. Apple (AAPL) delivered record revenues of $123.9bn in the fourth quarter. This was 11 per cent up on the year before.

Net profit rose 20 per cent to $34.6bn, this was well above forecast of $31bn. This jump in profits was partly driven by the 24 per cent growth in revenue from the high margin service unit – which includes the App Store and Apple Music. Operating margin in services rose to 72.4 per cent, almost double that of the wider business.

Although services are a star performer – people still need to buy the Apple hardware to access them. Management will therefore be pleased to see revenue from iPhone sales rising 9 per cent to $71.6bn. Because of supply chain issues analysts had been forecasting revenues to come in below $70bn.

As Apple had to reallocate components to iPhone production it was the iPad sales that were hit by the supply chain woes – with revenue falling 14 per cent to $7.2bn.
Apple may be a tech company but given it generates almost $50bn in cash from operating activities, it is hard to argue it is not also a value business. Investors are worried about rising rates and more aggressive antitrust policy. However, in terms of things under Apple’s control, the world’s most valuable listed company continues to deliver. AS

Fund manager Abrdn (ABDN) sold nearly 40 million shares in life insurer Phoenix (PHNX) at 660p a share, or the equivalent of 4 percent of the total issue share capital, in an agreed placing organised by Goldman Sachs. The deal cuts Abrdn’s stake in the company to just over 10 percent and raised £275m in total for the asset manager. The deal itself was not a complete surprise to the market, as Abrdn had already flagged that it wished to “simplify” its relationship with the life insurer at its last full-year results.

The debate immediately shifted to what Abrdn will do with the windfall. Analysts at Jefferies’ Securities estimate that should the proceeds come back to Abdrn shareholders as a special dividend, then Abrdn’s total income yield would rise to a prospective 10 per cent this year. The other alternative is that the asset manager will use the money to further revamp its offering after acquiring investment platform Interactive Investor in December last year. JH

YouGov edges ahead of the polls

YouGov (YOU) expects to exceed expectations this year, after reporting growth across all of its divisions. The research and data analytics group said custom tracking work - which measures the effectiveness of campaigns, brand perception and customer satisfaction - fuelled its performance. Its data products division also delivered “solid results”.

Given its strong sales pipeline, YouGov expects results for the year ended 31 July 2022 to be “slightly ahead” of board expectations. It also predicted “modest margin expansion” as a result of continued investment in the business. Half year results are due to be published on 22 March. JS

Avon Protection (AVON) is to buy back up to £18.5m of its own shares, to “maximise the efficiency of its balance sheet”.

The company said it did not expect to complete any major mergers or acquisitions in its current financial year, so is returning cash to shareholders.
Trading is in line with expectations, the company said. First quarter revenues were higher year-on-year, but supply chain constraints led to longer order lead times. It expects revenue to be weighted towards the second half of its financial year to September 30.

Avon is also taking action to cut overheads following the decision announced in December to wind down its body armour business. The unit will close during its 2023 financial year, the company said ahead of its annual meeting.

Avon Protection’s shares have recouped some of their losses since the dramatic share price fall in November when it first announced a review of the body armour business but are still two-thirds lower than this time last year. Broker Peel Hunt forecasts earnings per share of $0.85 for the company’s current financial year, implying a price-to-earnings ratio of almost 17-times earnings. Although below its five-year average of 21-times, there are still many moving parts to the company’s restructuring. Hold. MF

Tesla (TSLA) shares declined 11 per cent after the solid earnings... down 30 per cent YTD now as Elon Musk said the priority is to make a robot rather than new cars. Investors gave it the thumbs down. But you have to hand it to Musk – he sold at the top and managed to make it look like he did it because Twitter told him to. A lot of overhanging supply that will want out. Rivian (RIVN) and Lucid (LCID) were also down double digits, -50 per cent and –30 per cent YTD.

Elsewhere, the dollar continues to find bid and made a fresh high, its best since Jun ‘20. That’s leaving majors under pressure...commodity/risk/haven...whatever, the dollar is on the march and indicators still bullish.