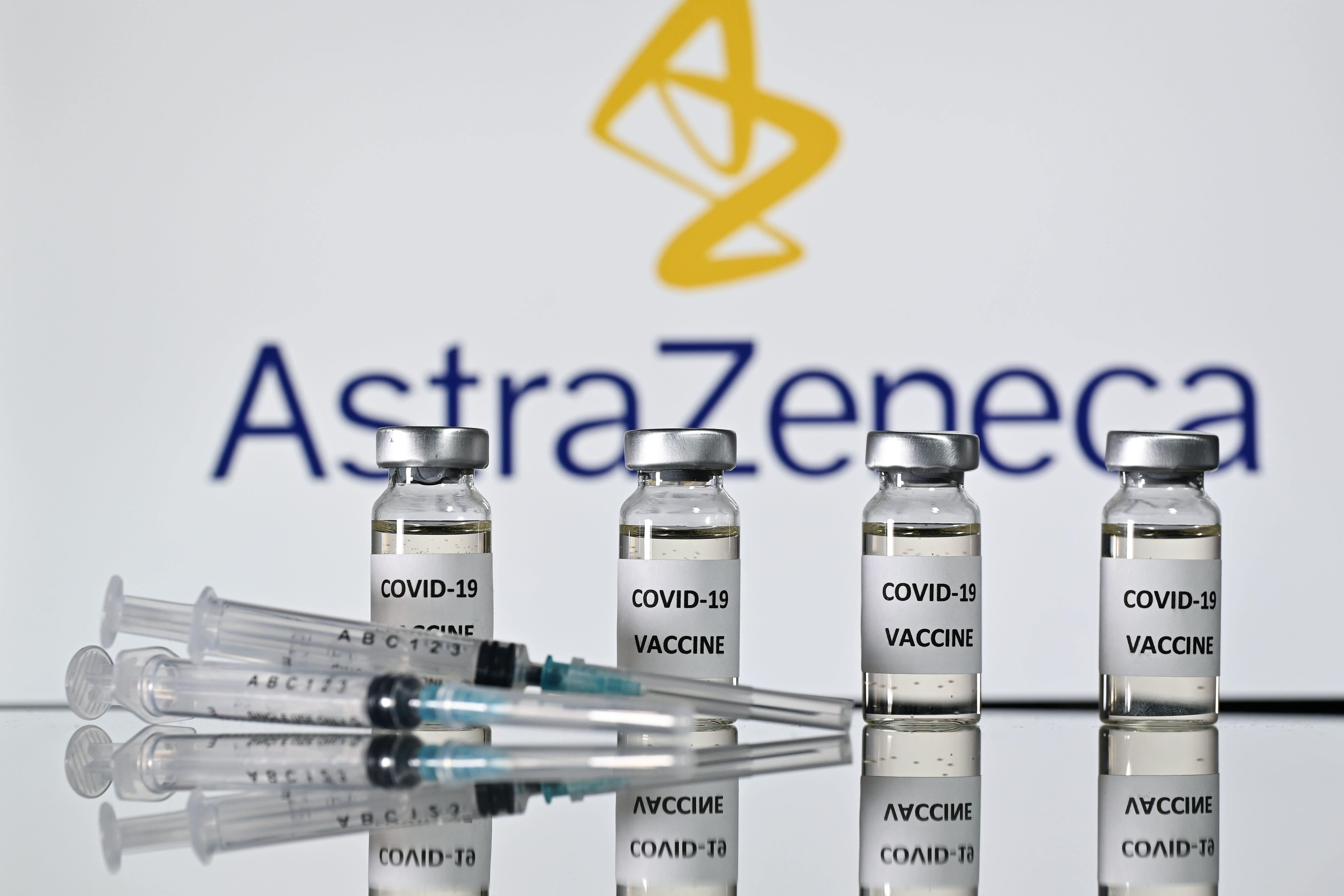 Today's Markets: Stocks march higher at start of the month

Stocks across the main European bourses are off to a strong start in February, building on some recovery yesterday and another blockbuster rally for US tech. The Lunar New Year keeps many Asian markets quiet but Australia rose. January wrapped up with a loss of 4 per cent for the Stoxx 600 but the FTSE was higher for the month, an almost lone outlier after a very turbulent start to the year for global stock markets.

The FTSE 100 trades up about 1 per cent this morning, with similar or better gains for the DAX, CAC and Stoxx 50. A dismal January for stocks was capped with a solid finish and perhaps signs of a capitulation moment. Recovery in tech lifting Scottish Mortgage (SMT) and Just Eat Takeaway (JET) to the top of the FTSE, whilst AstraZeneca (AZN) and Vodafone (VOD) lead the decliners. Across the Stoxx 600, financials, tech and basic resources are the top performers this morning. UBS (UBSG) leads the way with a 6 per cent pop on buybacks + new targets + better-than-expected profits.

Wall Street put in another big day of gains – the Nasdaq and Russell 2k both up +3 per cent; the S&P 500 recovering its 200-day moving average with a rally of 1.9 per cent. The Dow Jones added over 1.1 per cent for the session to cap one of the most volatile months in recent memory. It was still the worst month for US stocks since March 2020 and the worst January since 2009. The Nasdaq composite ended January down almost 9 per cent despite the gains yesterday and on Friday. Futures are flat this morning.

Beaten up speculative tech led the gains – ARKK and Tesla (TSLA) both +10 per cent; Netflix (NFLX) rebounded 11 per cent on an upgrade to buy from Citi (C) and CEO Reed Hastings sinking $20mn of his own money to buy stock. Outsize moves maybe reflecting month-end rebalancing... or the moment the market has decided that a lot of growth was just looking too cheap? FANG+ index rose almost 6 per cent.

Flurry of analyst moves yesterday: Netflix got that upgrade to buy; Apple (APPL) PT upgrade from GS to $161 from $142; Bernstein cut Twitter (TWTR) PT to $40 from $75, though the stock bounced 6 per cent on the broader tech gains; Barclays gave a double upgrade to Beyond Meat (BYND) on their view that restaurant partnerships will help earnings; and finally Goldman Sachs (GS) cut its PT on Robin Hood (HOOD) to $15 from $23. Incidentally it was Cathie Wood who saved HOOD on Friday from its 15 per cent decline with a purchase of 2.5mn shares for several of her ETFs... more doubling down.

An internal report has identified rampant bullying, racist and misogynistic behaviour inside Rio Tinto (RIO). Twenty-one women reported attempted or actual rape or sexual assault in the past five years, and many others complained of discimination at work.

The study by former Australian sex discrimination commissioner Elizabeth Broderick revealed “systemic” bullying and “common” racism reported by 10,303 workers who took part in a survey, almost a quarter of Rio employees. Over half of the company’s employees in the key iron ore division said they had experienced bullying.

In 2020, Rio Tinto had to confront its internal failings after blowing up a sacred First Nations site in Australia, and this partly led to the employee study. “I feel shame and enormous regret to have learned the extent to which bullying, sexual harassment and racism are happening at Rio Tinto,” said chief executive Jakob Stausholm. AH

Virgin Money (VMUK) joined in the general upswing in the UK domestic banking sector after the lender upped its forecast for this year’s net interest margin by 5 basis points to 1.75 per cent in its first quarter trading update. The improvement in margin comes on the back of costs that are expected to be broadly stable for the year. According to analysts at Jefferies Securities, the 1.75 per cent margin does not include the impact of further interest rate rises this year.

The high street  lender, which incorporates parts of the old Northern rock and Bradford & Bingley lending books, looked to maintain market share in a highly competitive environment for mortgages, which lay behind the 0.5 per cent fall in its total mortgage lending to £57.8bn. Meanwhile, a combination of seasonal weakness and less government-backed lending led to a 2.2 per cent reduction in business lending to £8.3bn. Virgin Money’s shares are up 18 per cent since the Bank of England upped interest rates before Christmas, reversing what had been an attritional performance for the share price for most of the past 12-months. JH

Shares in Joules (JOUL) tumbled by 40 per cent on Tuesday morning to 70p, after the fashion retailer delivered its second profit warning since December. It is now trading at less than a quarter of its 12-month high of 310p.

Sales for the nine weeks to the end of January were weaker than expected, as the omicron variant led to fewer customers visiting its shops over the crucial Christmas trading season and supply issues started to hit. The company said it would look to outlet sales, cutting marketing costs and increasing some prices to bring back profits.

There was one positive for the company: though footfall was 36 per cent lower than it was over the same period two years ago, sales were still up 31 per cent from a year before, and up 19 per cent from 2020.

Joules is “getting into the habit of issuing profit warnings centred on the key festive trading period”, said AJ Bell investment director Russ Mould, noting a pre-Christmas trading alert in December 2021, and again in January 2020.

Broker Liberum halved its target price to 150p but kept the stock on ‘Buy’, suggesting that “longer-term there is huge value to be had”. MT

There a lot of central bank action to contend with this week, starting with the Reserve Bank of Australia, which said it will end QE in February but stressed that this does not mean a rate hike is imminent. AUDUSD was a tad firmer as it bounced off the round number support at 0.70.

Lots of fresh Fed takes, e.g. from Berenberg: “We forecast the Fed to begin raising rates somewhat more aggressively than is currently expected. We note that even if the Fed raises rates 6 times this year to 1.5-1.75 per cent by year end and 4 more times in 2023 to 2.5-2.75 per cent, this would still leave real rates negative.”

And this from Citi: “We are raising our base-case from four 25bp rate hikes in 2022 to five rate hikes in 2022 (Mar/May/Jun/Sep/Dec). Risks remain to more aggressive policy as depending on core inflation readings, the Committee may elect to hike at all seven remaining meetings.”

General feeling is more rate hikes not fewer, risks firmly skewed to a more hawkish Fed… but markets remember don’t necessarily think it’s all bad as inflation is a serious threat to earnings. Yes, higher rates depress multiples... but inflation depresses earnings... walking a fine line. Market baking in assumptions of a more hawkish Fed or has that already happened?

Looking ahead to the Bank of England we look to three (and a half) main scenarios:

German inflation was higher than expected in January – month-on-month at +0.9 per cent (+5.1 yoy) was higher than forecast and shows that pressures remain. Similar picture noted for Spain... hawks are circling at the ECB: does Lagarde (the owl) swivel her gaze away from the doves? The German 2yr bund yield rose to its highest level since March 2019. And French inflation: contained in today’s French manufacturing PMI was this nugget from IHS Markit’s Joe Hayes: “Output prices rose at an unprecedented and alarming rate in January. Without improvements on the supply-side, inflation at this level could certainly become entrenched."

Germany’s manufacturing PMI showed growth momentum returning at the start of 2022, the headline reading rising to a 5-month high and job creation accelerating. A gift for the ECB: cost inflation slipped to a 9-month low...which gives Lagarde room to sit on her hands for longer. Overall a rather mixed set of readings from the Eurozone PMIs this morning … but whilst the supply crunch remains, there are pockets where it is easing.

Today’s data event is the US ISM manufacturing index – all eyes on the inflation component. Ahead of this, gold trades around $1,800 with the US 10yr at 1.77 per cent. Bitcoin is higher around $38k on the broad tech gains yesterday. The US dollar is weaker for a second day after peaking on Friday.