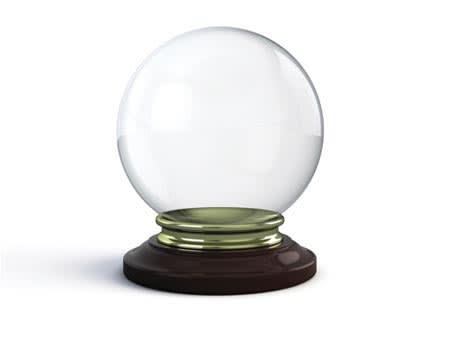 Bearbull Income Portfolio: A lesson from the future

If it is axiomatic that a bear market in equities is on the way, then what can escape it? Not a lot. True, there is the consoling thought that, if the highest rated stocks mostly get it in the neck, the value plays making up most of the Bearbull Income Portfolio may get off comparatively lightly.

That notion was proved up and how in the first three years of the millennium as the dot-com bubble burst, spraying mess widely. As a result, the FTSE All-Share index fell 42 per cent in the years 2000-02, but the value-orientated income portfolio rose 16 per cent in that period. Nowadays, the All-Share is closer to being a rest home for value stocks than it was then. Even so, it would be ridiculously optimistic to expect either or both the All-Share and the Bearbull portfolio to prosper in a forthcoming sell-off.

As to why, ask yourself this: what is it that powers the value of pretty well anything that can be valued? Answer: the present value of its future cash flows. That applies just as much to, say, the Mona Lisa, to CryptoPunks non-fungible tokens or the Bearbull portfolio’s new holding in sausage-skin maker Devro (DVO).

The value of all these rests on the future cash flows, from whatever route, that will accrue to their owners. For the Mona Lisa, it is the estimated share of The Louvre’s receipts, stretching out almost forever, for tourists to gawp at Leonardo’s little painting. For CryptoPunks, it is whatever someone might pay for one of its 10,000 characters, discounted for the risk that the value must be turned from Ethereum cryptocurrency into universally accepted cash. For Devro, it is the present value of all the future dividends the company will distribute.

What valuing all these has in common is a discount rate – an inverse interest rate – to turn future cash receipts into today’s money value. Therein lies the difficulty. If interest rates are rising – and they are, that’s why markets are in such a tizz – then today’s value of future receipts will fall. This has nothing to do investors’ sentiment. It is simply a function of mathematics. As the discount rate applied to future cash receipts rises, present value must fall.

When future cash flows were being discounted at rates as low as they had ever been, then the value of the future could be almost anything. Now the conditions of the game are changing, value must be shaped by interest rates that look more familiar to past generations. To the extent that falling present values undermine collateral values, it may yet get nasty. But that’s what happens when any sustained bull market meets its end.

Meanwhile, there are matters of portfolio management to attend to. By a margin, the Bearbull portfolio’s worst-performing holding is price-comparison website operator Moneysupermarket.com (MONY), the only holding whose price is below the stop-loss level. Indolence would be an honest explanation for why I haven’t ditched it. After all, even with the shares at 190p – and 54 per cent below their all-time high – it’s not possible to say with confidence that they look cheap.

Technology hasn’t helped since it encourages consumers to search on mobiles instead of PCs, yet conversion rates of searches into business are lower on mobiles. Nor has regulation – the finance industry regulator is squeezing the grubby practice of ‘price walking’, where insurance companies exploit loyal customers. But one effect of the squeeze is to reduce the incentive to switch – not much use for Moneysupermarket. Something similar is happening in the market for domestic gas and electricity. For two years, Ofgem’s price cap has discouraged switching. Now, the frequent collapse of gas suppliers and, in effect, the spread of government subsidy, makes switching even less likely.

Sure, Covid-19’s worst effects will continue to unwind. Demand for cheap travel insurance will recover. Ditto motor insurance as aggregate motor miles return to normal, bringing prangs, crashes and a rise in premiums. However, there is little escaping the notion that Moneysupermarket is just a leading supplier in a market with low barriers to entry where players fight over the scraps offered by suppliers who compete in other commodity markets.

It is not a happy thought, but it encourages diversification into related areas, thereby maximising exploitation of fixed costs. Hence Moneysupermarket’s £87mn acquisition in October of Quidco, a consumer cash-back business. It won’t transform Moneysupermarket – Quidco’s £8mn of cash profit in 2020-21 compares with about £95mn for Moneysupermarket – but every little helps, though I’m not sure it will persuade me to keep the holding. It vies with housebuilder Berkeley Group (BKG) to be first out of the door if cash is needed.

However, cash may be forthcoming soon, thanks to a recommended 125p-a-share cash offer for aircraft charter specialist Air Partner (AIR), which values its equity at £80mn. What is remarkable is not that the offer – from Wheels Up Experience (US:UP), a US firm in a similar line of business – should be at that level, but that the directors should recommend it. Less than two years ago the shares traded at 144p. More important, even without trying, per-share values of anything from 142p to 173p spring from Bearbull valuation models that use weighted average profit or cash flow for the past five years as the value driver. Yet Air Partner’s bosses were so thrilled by recent trading that either side of Christmas they raised their profit guidance for the year to end January, adding that, in effect, there was also £13m of spare cash in the balance sheet. So it feels slightly insulting that the offer precludes a final dividend for the year just ended. The pity is that almost 12 per cent of the share capital is irrevocably committed to the offer and another 16 per cent is in non-binding commitments. Let’s hope Air Partner’s other shareholders are sufficiently switched on to get the offer to more realistic levels.

Meanwhile, I’m off on some study leave. This column will be back on 4 March.