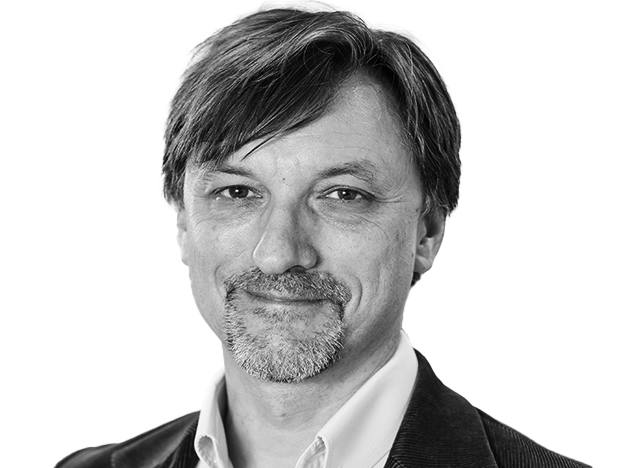 Nick Train sticks to his guns after tougher year

Lindsell Train’s funds have made very strong returns over the long term and beaten relevant indices and peer groups in most individual calendar years. But 2021 was not so favourable for the funds, which include Finsbury Growth & Income Trust (FGT) and LF Lindsell Train UK Equity (GB00BJFLM156). They lagged the FTSE All-Share index and Investment Association UK All Companies fund sector average, albeit still producing positive returns.

Nick Train, manager of LF Lindsell Train UK and Finsbury Growth & Income Trust, says this was in part because Lindsell Train’s investment style, which involves investing in quality companies, resulted in the funds being quite defensive.

“Given that we'd held up reasonably well during 2020, it didn't completely surprise me that we lagged in 2021,” he explains. “But 2021 was also marked by some disappointing share price returns for businesses that we've got big holdings in, invested in for a long time and [which mostly] have done really well over many years. The biggest detractor was London Stock Exchange (LSEG). [This was] pretty much the biggest holding in the portfolios and hit an all-time high in February 2021, but then spent much of the rest of the year going down.”

Train continues to back London Stock Exchange, however, and is also keeping faith in Unilever (ULVR), another high-profile laggard. But while those decisions are in keeping with his low-turnover philosophy, the manager has sold education materials provider Pearson (PSON), a feature of his UK portfolios for many years. Regulatory filings at the end of January revealed Lindsell Train had halved its stake in the company and Train confirmed to Investors' Chronicle that his UK fund and trust no longer hold the company.

Train previously told Investors' Chronicle in 2020 he wanted to wait and see if the company could make a success of delivering education services digitally ('Nick Train's three rules of thumb', IC, 23 October 2020). But while Lindsell Train Global Equity Fund (IE00BJSPMJ28) still holds Pearson, the manager is now more sceptical of the online opportunities in the education sector.

"Fifteen years ago, I would have [hoped that] the share price was notably higher than it was last year. So to that extent it was certainly a disappointment. I think what has become evident is that bringing digital technology to the education industry has proved more challenging than in other segments.

"For example, Relx (REL) [still a top Train holding] has gone through a similar transition [in terms of] supplying journals to the scientific community or legal textbooks to the legal community, and turning those into digital products and services has been an enormous success. But pretty much everybody who had “a 20th century type position” in the education industry has struggled to find ways to create a successful digital version of a textbook or [to digitise] the learning process. I don't know whether that's ever going to happen. For whatever reason, education is one industry where digital has not been as successful as it has been in others.”

Yet Train says that the main reason for selling Pearson was because he needed to raise cash to redeem investors withdrawing money from Lindsell Train UK Equity Fund. Finsbury Growth & Income Trust also sold Pearson to maintain consistency across the UK portfolios and have cash for share buybacks.

“When you've had redemptions or cash outflows, you're forced to make a decision about what you're going to sell to raise the cash,” says Train. “Our approach to that challenge is to sell down or reduce the holdings where we have the lowest relative conviction. And Pearson was the holding [in which] we had the lowest conviction.”

Another stock that has tested his patience more than most is accounting software company Sage (SGE). But unlike Terry Smith, who sold out of his own position in late 2020, he is holding on – despite commenting in December that the company "persistently contrives to disappoint against its apparent growth potential".

He describes Sage as "a prodigiously cash-generative business that has been looking to find ways to deploy its cash to accelerate growth. There have been some false [starts]. But I think credit is due to the current management team. They they've made some smart acquisitions, particularly in the US, that have accelerated the growth rate of the company. They've also innovated and created new products and services, particularly in the UK, that look as though they are attracting growing numbers of new customers.”

Terry Smith has also made some high-profile criticisms of Unilever of late, but here, too, Train is staying the course. He says of the company: "I don't think there's anything hugely surprising about Unilever's business or share price performances. Unilever has higher exposure to emerging markets than pretty much any of its global peers and on a 20-year view that's been a fantastic source of growth and strength for the company. As the world gradually gets wealthier and emerging markets have more middle-class [citizens], the products and market positions Unilever has in those geographies will do very well.

"But there's no question that over the past five years and – arguably – even since the 2009 financial crisis, emerging markets have had a more difficult time as [their] economies and currencies have been weak. That’s made it more of a challenge for Unilever to match the sort of growth rates that it delivered in, say, the first 15 years of the 21st century.”

London Stock Exchange, meanwhile, continues to be dogged by investor concern over its integration of financial software and risk solutions business Refinitiv, bought in 2019. London Stock Exchange shares slumped in the aftermath of its annual results last March and have yet to materially recover. Train remains a backer, saying "pretty much throughout 2021 and in January this year we've persistently been adding to London Stock Exchange. We are working on the assumption that this transaction is going to turn out to be a considerable success, so the fall in the share price last year represents a fantastic opportunity for investors to access what is a very rare type of UK company.

"The UK is short of globally significant data and analytics businesses... London Stock Exchange looks notably undervalued in comparison to global peers that are operating in similar areas. We don't know for sure that the Refinitiv deal is going to be a winner, but if you wait for something to be fully confirmed you're going to be too late. If investors wait until there's positive proof that the Refinitiv deal has worked, by that time the shares may be up 20 per cent.”

Train believes that sticking to the investment approach he and Michael Lindsell developed when they set up their investment management firm in 2000 is important, including in periods when their funds are underperforming. He argues that having a “coherent and clearly articulated approach and [sticking] to it offers investors the opportunity to make their own judgment about whether what we do might work or is valid for their objectives”.

But he does look to play new or emerging investment themes such as digital technology. “For the past three or four years I've been interested [in increasing] exposure to companies creating value with digital technology,” he says. “Finding digital winners within the UK stock market isn't necessarily easy. But we built a holding in Experian (EXPN) which, like London Stock Exchange, is one of only a handful of really substantive, globally competitive data and analytics companies listed in London rather than on the Nasdaq. Experian is at least as good – if not better – on some measures than comparable US credit and data companies.”

Train thinks that the UK market more widely offers compelling growth stories on much lower valuations than global peers. He cites Relx as another example, calling it “arguably the best technology/data company quoted on the London market with a collection of assets that [compared] to similar global businesses are at least as good, if not superior. Yet Relx is noticeably less highly valued”.

Burberry (BRBY), meanwhile, he says “is a resonant, global luxury franchise with a wonderful presence in Asia, particularly in China. Yet [its] valuation is radically lower than, say, Gucci or Hermes. I'm not saying that it should be valued as highly as them, but the valuation gap is enormous”.

That gap has attracted a different type of investor to the stock, according to Train: "I [have heard] that a number of overtly value strategies in the UK have been investing in Burberry recently because the valuation is so low compared to its peers.”

But good opportunities don’t mean that he will add more new holdings than normal. “I've always been a great proponent of the Warren Buffett proposition that if you own good stuff and think it is undervalued, then almost always it makes sense to buy more of what you already own rather than initiate new holdings, particularly if your level of confidence isn't as high,” he says. “And right now, I think that our existing portfolio captures many of the themes and undervaluations that I've been talking about and I'm just as happy adding to existing positions as initiating new ones.”

Train’s UK funds have recently received an influx of money following the Rothermere family takeover of Daily Mail and General Trust (DMGT) and he has used that to top up existing holdings in luxury goods and global digital companies.

“Experian and Fevertree Drinks (FEVR) have had quite weak share prices so far in 2022, so we've directed quite a lot of the Daily Mail cash in their direction,” he says. “But I do feel that currently, on the substitute bench, there are more possible new holdings than I can remember for some time. That reflects the lamentable long period of poor performance by the UK stock market. Global asset allocators have been pessimistic about the UK for many years and even domestic institutions have been selling out, and that has created opportunities. [For example] Smith & Nephew (SN.) is a wonderful business that we've watched for a long time and the shares have derated a lot in the past few years. [And] there’s a cohort of newer listed UK companies, often in digital, doing interesting things.”

He cites Rightmove (RMV) and Auto Trader (AUTO), adding that his funds already have exposure to this kind of company via US-listed Cazoo (US:CZOO). “That is a fascinating British company doing something disruptive and potentially very value-creating in the used car market in the UK,” says Train.

The DMGT takeover late last year saw its shareholders, including Train’s funds, partly paid with Cazoo shares, given DMGT had been a major shareholder in the business.

Train and his colleagues target quality companies rather than what are traditionally considered to be value plays – a reason why their funds have lagged recently. But the manager believes “that a number of our quality investments have become so undervalued they could do extraordinarily well. We're not exposed to more overtly cyclical businesses [such as] commodity, manufacturing or oil companies. But I'd say that Schroders (SDR), for instance, at the current price looks like a classic value stock, [though] I absolutely still see it as a very high-quality company with significant secular growth potential. But you're definitely not paying for that secular growth potential currently. And I think the same is probably true of Hargreaves Lansdown (HL.), which has derated enormously over the past couple of years despite very strong business growth.”