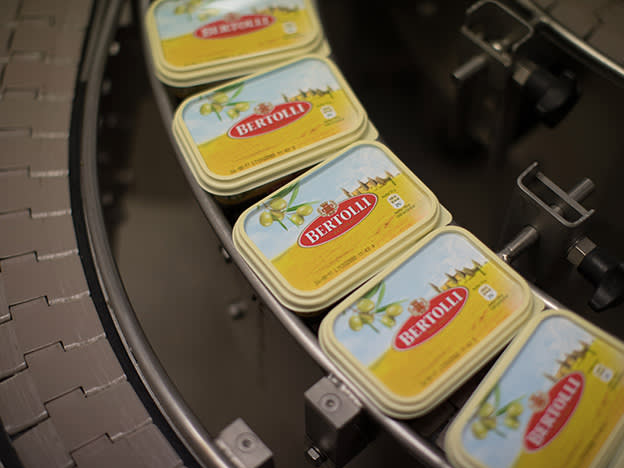 What do you do after you’ve shown your best hand, and find out no one was that impressed? After being rebuked and scorned over a failed £50bn stab at taking over GSK’s consumer unit, Alan Jope’s answer is to chuck some money down on the table and pass the shoe.

Results from Unilever (ULVR) are decent but the announcement of a €3bn share buyback is not lifting the spirits of investors: shares have dropped 3 per cent in early trading. Nor has the commitment to rule out making any large transformational acquisitions in the near term. You worry that buybacks are just a screen for a lack of strategy. Investors want to see more of a deliberate attempt to unlock value.

However underlying operating margins were down 10bps and management are warning they face significant input cost headwinds this year. 2022 underlying operating margin is expected to be down by between 140bps and 240bps at between 16-17 per cent, against consensus above 18 per cent. There is a definite theme emerging from earnings season on both sides of the Atlantic: those with pricing power and ability to defend margins will be rewarded in this inflationary business cycle - a theme we explored at the end of last year. Unilever say they currently expect “very high input cost inflation in the first half of over €2 billion”. And while this may moderate in the second half to around €1.5 billion, there is currently “a wide range for this that reflects market uncertainty on the outlook for commodity, freight and packaging costs”. They may boast about ‘strong pricing power’.

Hellman’s grew at double digits for a second straight year – who needs a purpose when you have growth? Investors will also be encouraged by the growth in ecommerce sales of 44 per cent, which now account for 13 per cent of group sales. This strategy is paying off, but it’s hard to escape the margin pressures.

AstraZeneca (AZN) shares rose over 3 per cent after the drugmaker said its Covid vaccine drove record sales last year. Q4 sales jumped 63 per cent to $12bn vs $11bn anticipated. Amid all the good news and back-slapping management have announced the first dividend in ten years. Total revenues in 2022 are expected to grow in the high-teens.

Meanwhile, Relx (REL) shares declined close to 4 per cent as it warned there is no clear outlook for the events industry in 2022. The company reported underlying revenue growth of 7 per cent, and adjusted underlying operating profit of 13 per cent. Management expect 2022 full year underlying growth rates in revenue and adjusted operating profit, as well as constant currency growth in adjusted earnings per share, to remain above historical trends. It’s also deploying £500m for buybacks and raised the dividend by 6 per cent.

Digital transformation firm Kin and Carta (KCT) has revved up its full-year sales expectations in a half-year trading update. Its shares jumped over a tenth in response, to 240p, although it is still trading 30 per cent down on its valuation of a few months ago.

The company said it would hit organic net revenue growth of 35-40 per cent, up from 30 per cent, for the 12 months ending 31 July. It had already pushed this forecast up from 20 per cent in October. First half sales of around £85m represent an increase of 62 per cent on the first half of last year.

After Kin and Carta’s last full-year results, we suggested the market had already priced in significant earnings growth. AH

Redrow (RDW) saw the average selling price of its homes increase by 8 per cent to £419,000, outstripping material cost price inflation which is guided at 6 per cent for the full financial year. Interim operating profit increased by 15 per cent to £205m, with the underlying margin restored to the 2019 level of 19.5 per cent. The housebuilder said that it is now more difficult to secure sub-contractors and is experiencing planning delays, as local authority planning teams struggle with resourcing issues. Another £10m has been set aside to meet the government’s cladding funding programme. MR

Consensus-beating profits and premium growth brought insurer Beazley (BEZ) to a turning point in its Covid recovery: restoring the dividend. The speciality insurer raised dividends by 5 per cent from 2019, but the news was somewhat marred by the accompanying announcement that the company will cut back to a single yearly payment.

A heavy burden of Covid-related insurance claims swung the Lloyd’s of London insurer to a $50mn (£36.8mn) loss-before-tax in 2020, and dividends were suspended.

Beazley is now safely back in the green, with gross premiums rising 30 per cent to $4.6bn in the year to the end of December, and net claims retreating by 7 per cent to a more manageable $1.8bn thanks to fewer marine, property and contingency claims. MT

However, its performance has been hampered by currency movements, which decreased revenue growth by 6 per cent. (The group reports in sterling, but the majority of its sales are in US dollars). JS

Stocks in Europe are broadly higher again on Thursday, with the FTSE 100 again making a new pandemic high as it edges closer to 7,700. US markets ended higher on Wednesday, led by a strong rally for tech and communications. The Nasdaq jumped over 2 per cent and the S&P 500 gained 1.5 per cent, powered in part by good earnings from Disney (DIS) and Uber (UBER).

The Fed’s Mester said that while "each meeting is going to be in play" this year, she doesn’t see any “compelling case” to start with 50bps. Today's US CPI inflation report could go a long way to telling us whether the FOMC goes with 50bps in March or just the 25bps. Core inflation is expected to rise by 0.4 per cent, or 7.2 per cent year-over-year. US 10yr yields are static around 1.94 per cent, 2s at 1.36 per cent in anticipation of a bunch of rate hikes this year and next.

These comments from HSBC’s Steven Major: "We cannot rule out higher yields near-term but have not changed our lower-for-longer bond yield forecasts... Today our end-2022 forecast is 1.5 per cent and for end-2023 it is 1.0 per cent.” In other words, the Fed can hike but it’s only going to have to reverse at some stage on long-term growth implications.