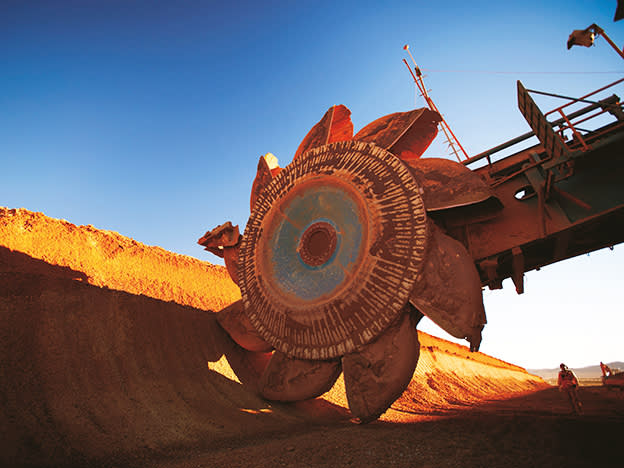 Another record payout for BHP even as costs climb

The world’s biggest mining company, BHP (BHP), has maintained its hefty payout plans even as costs are spiking in the second half of its financial year, resulting in a record $7.6bn (£5.6bn) half-year dividend. This will be the first dividend under the company’s unified corporate structure, which passed a shareholder vote last month, as well as the first results after the decision to sell off petroleum assets to Woodside Petroleum (AU:WPL).

Underlying cash profits at the company climbed by a third, to $18.5bn, and the underlying profit for the half was $10.7bn, a 77 per cent jump from the previous year.

Iron ore, copper and coal prices drove the strong result, even after Covid-19 cases and restrictions made operating in Western Australia tougher in 2021. Iron ore production was flat compared with a year ago, while copper production fell 12 per cent year on year, as the grade fell at the Escondida mine.

Coal alone contributed $2.8bn more in cash profits than last year, at $2.6bn, but management was clear on the continued focus on “future facing commodities”, meaning metals that will contribute to the energy transition like copper and nickel. There is a new net debt goal of $5bn-$15bn, a drop from $12bn-$17bn, and this figure was already at the low end of the range as of 31 December, at $6.1bn.

RBC Capital Markets analyst Tyler Broda said the results left the miner with a “a blank canvas for future M&A or cash returns”.

In December, the miner bought into the Kabanga nickel project in Tanzania with a $40mn investment, giving it a 9 per cent stake in the parent company, this and other recent deals are for pre-production assets, however.

Chief executive Mike Henry said the company had “cast the net wide” in looking for new assets, including teaming up with KoBold Minerals, a Silicon Valley-based company that is using artificial intelligence to beef up exploration capabilities. It has caught the attention of investors outside the mining world, including Bill Gates and Andreessen Horowitz, with its pitch about using tech to find energy transition-linked metals.

Looking ahead, Henry was more bullish on China despite concerns over its economy. “While growth slowed in China more than we anticipated in the second half of calendar year 2021, we see the headwinds easing over the course of 2022,” he said, pointing to improvements in the real estate sector and constraints on heavy industry like steelmaking to be reduced. The Chinese government has slowed steel production in the Beijing region during the Winter Olympics to avoid smog while the world was tuning in.

We’ve asked on many occasions when the major miners would turn back to M&A, and the moment is drawing nearer. Chinese miners have recently dominated the market, happily spending on producing mines while the listed giants focused on cash return. We think BHP can manage dividends, debt management and higher costs, even if it will mean payouts don’t stay this high for long. Buy.