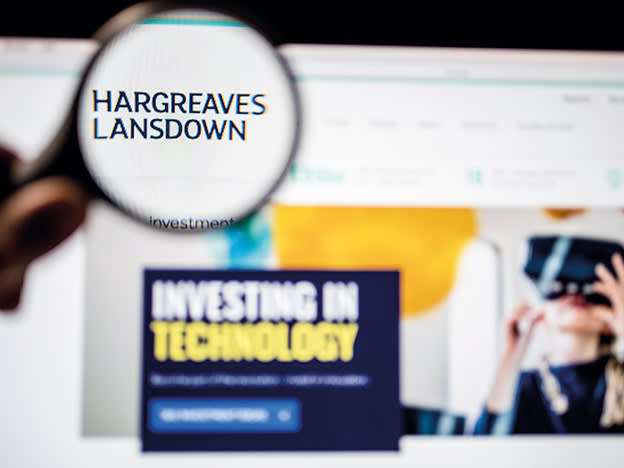 The platform industry’s juggernaut Hargreaves Lansdown’s (HL.) shares plunged on results day, as profits dipped and the firm announced a five-year £175mn spending spree to give its service a digital makeover as it feels the heat from rising competition.

This feels like quite a harsh reaction for a company that managed to increase its market share to 43.3 per cent and welcome 48,000 new clients to the business over the six months to the end of 2021, with assets under management rising 4 per cent over the period. But the question lingers over how long Hargreaves’s dominance can last as newer, cheaper rivals start to gain prominence.

Adjusted profits for the period fell by 13 per cent, falling a little more than analysts had expected, but broadly predicted as market turbulence in November 2020’s 'Vaccine Day' had delivered supernormal profits, and revenue on cash fell by two-thirds as lower interest rates fed through, which was in line with the company’s forecasts.

While revenue margin from shares fell from 0.56 per cent to 0.37 per cent, share dealing volumes were 83 per cent higher than in the same period in 2019. Funds revenue, meanwhile, increased by 21 per cent, with its revenue margin broadly in line with historic averages.

Hargreaves’s profits will take a hit over the next five years as it rolls out its new strategy, but it’s probably the right thing to do for the long-term health of the firm. The company is hoping to “redefine wealth management” by encroaching more into the savings and advice market to deliver a personalised way to manage savings. As chief executive Chris Hill put it at the company's capital markets day, the plan is to achieve this by “automating the hell out of everything”.

The sacrifice for shareholders is that the special dividend has been suspended until its 2024 financial year, although the board has declared an ordinary half-year dividend of 12.26p per share, up 3 per cent on last year. Numis forecasts that the dividend yield will stay above 3 per cent over the next three years.

The company’s growth targets are ambitious. Chief executive Chris Hill expects 2.1mn customers by its 2024 financial year end, up from 1.7mn today. The company, which had assets under management of £139bn at the end of December, estimates that its total addressable market (including cash) is currently £3tn growing to £4tn by 2026, partly owing to a structural shift away from defined benefit pensions.

Some of the company’s targets might prove quite hard to meet. Hill hopes assets in the company’s own funds, its most profitable revenue line by some degree, will reach 20 per cent of the group's total assets by 2027 - up from 6.5 per cent now. This could bring its funds under more scrutiny. Last year, for example, fees were cut across its multi-manager funds as its second value assessment report found that the performance of six of ten either did not offer value for money or needed improvement.

On the brighter side, client retention has stayed high at 92.7 per cent following a flood of new customers in 2020. This could prove harder to maintain if the industry sorts itself out and makes transferring to cheaper options easier, but there’s currently little sign of this changing.

A forward price/earnings ratio of 22 times, according to FactSet, is still a premium to the industry average, but well down on the five-year average of 30 times as the share price has dropped by over a quarter over the past 12 months. Sentiment is clearly negative on the company, but Peel Hunt has it on a buy rating with a target price of £18.35. Time will tell if its reinvention pays off – we say Hold.