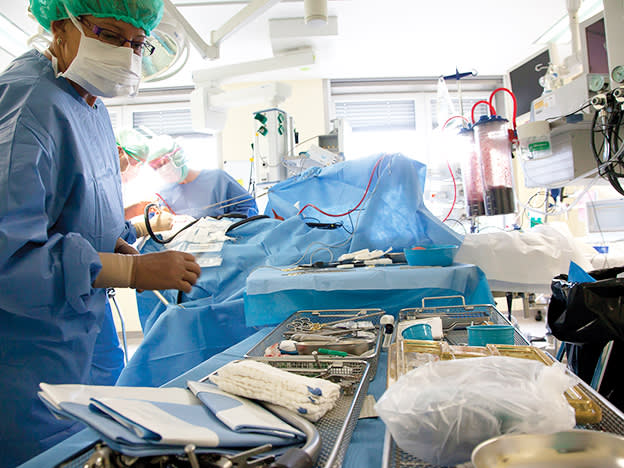 Smith & Nephew gets a transplant of its own

Chief executive Roland Diggelmann to step down next month

Many people will welcome the UK government’s decision to lift the restrictions that have been in place for nearly two years to stem the spread of Covid-19. Management at medical equipment maker Smith & Nephew (SN) will be among them.

The strain put on hospitals everywhere has slowed the amount of elective surgery as beds and hospital staff have been re-prioritised, meaning revenues at the company have taken a hit.

Although things improved in 2021, with operating profit doubling to $593mn (£437mn) on higher sales and improving margins, revenue is broadly back to pre-pandemic levels, and statutory profit is still well adrift. Dividends have been flat for the past three years.

In December, the company announced a new strategy for growth, which is its third significant shake-up within four years – notes to the accounts show it was still paying $113mn of restructuring costs related to two previous programmes embarked upon in 2018 and 2020.

The architect of the latter, chief executive Roland Diggelmann, is not sticking around to deliver Smith & Nephew's latest plan. He had been in his role since 2019, but is leaving at the end of March “by mutual agreement”, the company said.

He is being replaced by Deepak Nath, who is currently president of Siemens Healthineers' (DE:SHL) $6bn diagnostics arm.

The latest growth strategy sets two near-term targets. One is consistent organic revenue growth of 4-6 per cent over the next three years and the other is a rebuilding of its trading margin in the same period to at least 21 per cent, “with further improvements thereafter”. Last year's trading margin grew by 3 percentage points to 18 per cent.

The company’s shares climbed 5 per cent in early trading as it announced it would also begin regular annual buybacks, starting with a $250mn-$300mn programme this year. Its share price has fallen by 13 per cent over the past 12 months, though, and is largely flat over the past five years. It now trades at a fairly undemanding 17 times earnings, which is lower than its peers and its five-year average. We maintain our buy recommendation, not due to expectations from its latest strategic plan but on the brighter outlook for its main markets.

The company cited improving momentum for its orthopaedics division, its largest business segment that delivered more than 40 per cent of last year's sales, as it targets underlying revenue growth of between 4 per cent and 5 per cent this year and a further 0.5 per cent increase in its trading margin. Buy.