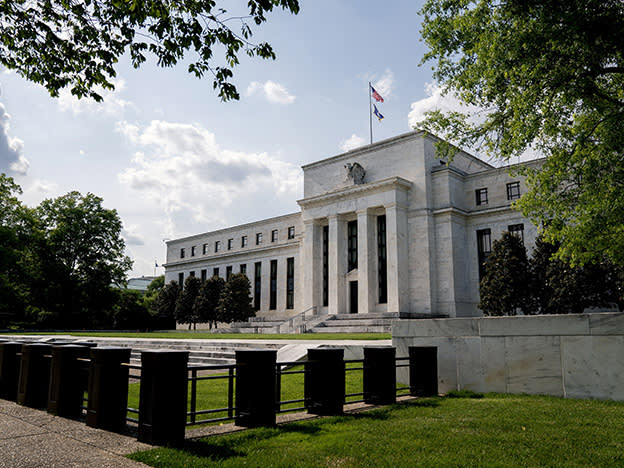 Next week will probably see a long-awaited rise in US interest rates, but mixed signals on whether UK rates should rise.

The US Federal Reserve is likely to raise interest rates next week, despite the uncertainty created by the war.

We’ll see reasons for the move in next week’s data. Official figures will show small rises in industrial production and retail sales in February, which would be consistent with economists’ expectations that real GDP will grow by over 2 per cent this quarter. And surveys by the Philadelphia and New York Feds will point to continued growth, albeit less so than in the autumn. All this suggests the economy can take a small rate rise. Those same Fed surveys will also show why it needs one: they’ll show that input and output prices are rising strongly. The Fed will probably judge that not increasing rates now would add more to uncertainty than would raising them.

Whether the Bank of England will also raise rates next week is a trickier call. On the one hand, the recent surge in oil and gas prices means that inflation will rise even more than expected in the next few months. But on the other, those same price rises will squeeze real incomes which, added to the uncertainty caused by the war, will tend to dampen economic activity which in turn would eventually cut inflation.

Labour market figures might add to the ambiguity. On the one hand, they’ll show that demand for labour – whether measured by total employment or hours worked – is still below its pre-pandemic peaks: a rise in payroll employment has been offset by a big drop in self-employment. That’s a reason not to raise rates. On the other hand, though, the workforce has contracted thanks not just to there being fewer migrants but also to older people dropping out of the labour force. This decline in supply is potentially inflationary and a reason to raise rates.

This ambiguity will be matched by figures on wage growth. One measure of this (median monthly pay) has risen recently while another (average weekly earnings) is still below the rate of CPI inflation.

We could get good news from the eurozone, though. Official figures could show that industrial production in the region rose again in January as Omicron-induced staff absences declined and supply constraints eased. And the ZEW survey could show that economic optimism is above average. Both these readings, however, pre-date the war. It is likely that this will depress activity by raising both costs and uncertainty. The euro zone is more vulnerable to both these effects than the US.