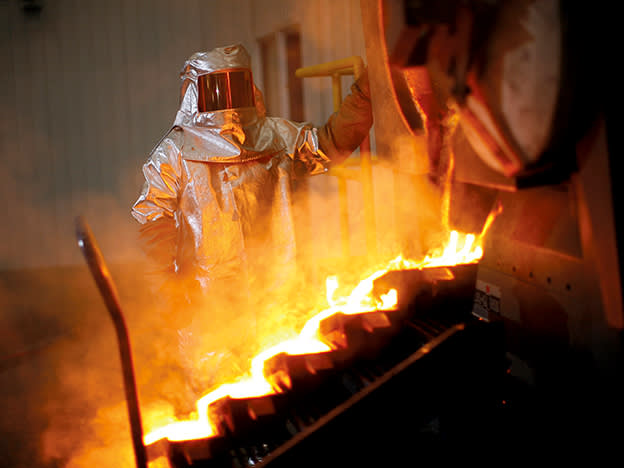 Centamin (CEY), the gold miner that operates in Egypt, has said 2021 would be a production low point, after output from the Sukari mine dropped 8 per cent on 2020 to 415,370 ounces (oz). The company did see added buying interest in the week after Russia’s invasion of Ukraine but this came to a halt with the release of its 2021 numbers.

Earnings were 16 per cent down on consensus estimates, largely because of a $35mn (£27mn) impairment on a Burkina Faso exploration project that was up for sale. The write-down came because the government cancelled the prospective mine’s permit, and management did not see any possibility of a sale being completed even after that administration was overthrown in January.

Free cash flow went negative in the year too, driven by higher capital spending and a one-third reduction in net cash generated from operations.

The outlook for this year is better, at least for production. Guidance is 430,000-460,000 oz of gold, which may not have been a positive for investors a few years ago when 500,000 oz was the regular output. A minimum 5ȼ per share dividend for the year provides some relief from the lower production and cost worries.

Chief executive Martin Horgan said the company had a “clear roadmap” back to 500,000 oz a year of gold output.

Centamin is also pulling together expansion options, but these will take years to be reflected in the production numbers. The spending last year was focused on key mine areas such as waste stripping, a new tailings storage facility and a solar power plant.

Investors will get more detail on the Doropo project in Cote d’Ivoire through a pre-feasibility study this year, following last year’s estimates of a $275mn capital cost for a 200,000 oz a year gold mine. There are also new Egyptian prospects, on which exploration will start this year.

Centamin is also investigating an expansion to underground production at Sukari. RBC Capital Markets analyst Tyler Broda called these expansion prospects “unpriced optionality”, given the company is valued on the performance of Sukari alone.

The gold price should lend a hand to earnings this year, although it would have to soar well beyond $2,000 an oz to cover the higher costs driven by the old price. The all-in sustaining cost forecast for this year is $1,275-1,425 per oz, compared with $1,234 per oz last year.

Spending last year focused on improving the foundations of the company. Now it’s time to glitz up the rest of the house. Buy.