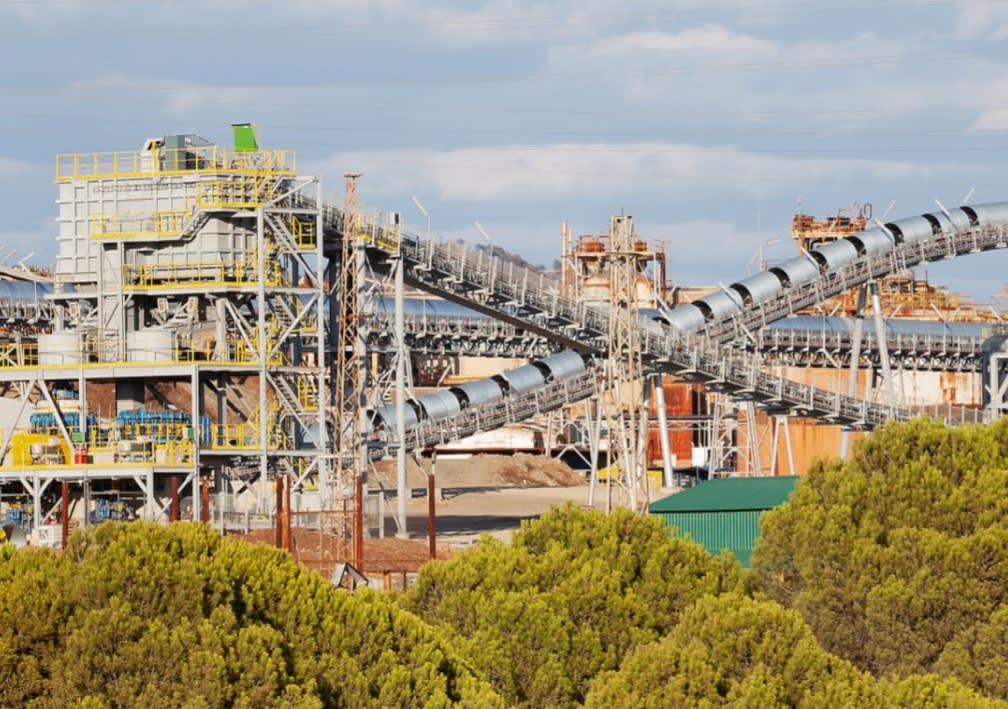 Europe: the next mining hot spot?

As massive new mines are harder to find and build, the global thirst for metals could see exploration money pouring into familiar territory

The supply crunch of critical commodities has driven a surge in interest in minerals exploration, often a neglected part of the mining industry due to its history of taking investors’ money and not delivering promised returns. Environmental, social and governance (ESG) standards are also pushing investors to consider the lifetime impacts of a mine rather than just the potential profits. Both of these factors mean European explorers are hot property.

Former Xstrata boss Sir Mick Davis's vehicle Vision Blue Resources has just backed the reopening of South Crofty tin mine in Cornwall by investing in Cornish Metals (CUSN). His £25mn investment will pay for the massive pumping set-up needed to remove the water from the mine, which closed down in 1998.

“Restarting production at this historic underground mine, within the existing footprint and with the benefit of modern production techniques, is being enabled by [Vision Blue Resources’] commitment to invest,” said Davis.

This is a significant shift from his focus in recent years, including an agreement with a separate company he has now left called Niron Metals to build an iron ore mine in Guinea. Previous investors in Cornish Metals are not the happiest bunch about the arrangement, however, as Vision Blue has also been handed warrants at an exercise price of 27p, although this is still ahead of its current 22p level.

They are long-term believers: Cornish Metals has had the rights to Crofty since 2016 and is only now able to dewater the operation.

Back to the future

Junior mining companies don't usually dream of restarting old operations. The real prizes come from discovery, although ripping up hundreds of square kilometres of untouched wilderness is sure to trigger massive opposition and prove a much tougher (and more expensive) option than developing brownfield sites.

However, some of the world's richest people are keen on the greenfield model shown by KoBold Metals. The company is based in Silicon Valley and has backers including Bill Gates, Jeff Bezos and venture capital firm Andreessen Horowitz. It has just ramped up its exploration work with Bluejay Mining (JAY) to find what could be a major new nickel or copper mine in Greenland.

This autonomous Danish territory is larger than France, Spain, Germany and the UK combined, and has become a focus for mineral exploration. Bluejay spent years trying to get permits to mine a beach in the country’s northwest for ilmenite, a precursor material to titanium.

While the company has continued with that project and secured the necessary permits, it has also moved onto other Greenland options, including a 2,800 square kilometre zone called Disko-Nuussuaq. Last week, the mining hopeful announced it had sped up a partnership agreement with KoBold Minerals, which uses artificial intelligence and machine learning for mining exploration.

The deal had laid out a plan for KoBold to first pick out drill targets by the end of this year, before moving to drilling. This would give it a 51 per cent stake in Disko if done by the end of 2024. Progress has been much faster than anticipated, though, with drilling due to start this summer.

The ramp-up in exploration for a massive deposit – the company has an orebody stretching miles rather than metres in mind – is no surprise given KoBold’s recent $192mn (£146mn) fundraise last month, according to the Wall Street Journal.

If a discovery is made – and there is no certainty of this – the end goal for Bluejay is different to that of Cornish Metals. “It’s about exit,” said Bluejay head of corporate development and strategy Kevin Sheil. “We’re not going to be sitting on the asset.”

Even as the Greenland government has come round to giving mining the green light, the realities of allowing a massive hole in the ground mean projects are taking longer and longer to get built and face more scrutiny than ever before.

“Historically, a good rule of thumb has been around 10 years from [a mine’s] feasibility assessment to production, but nowadays this number is closer to 15 years,” said Bernstein analyst Bob Brackett. “This is due to more local ESG opposition to new mines making it harder to obtain permits and approvals.”

Majors are clearly aware of this changed environment. BHP (BHP) and Rio Tinto (RIO) are facing difficulties getting their new joint-venture project, the Resolution Copper mine in Arizona, up and running because of local opposition. Rio’s formerly locked-in lithium mine in Serbia, Jadar, is also in uncertain territory because of a local campaign to block it.

As ESG concerns ramp up globally and governments look for bigger returns from mines, major operators are still looking closely at Europe.

“Unlike trying to develop an exploration opportunity or a mine in the middle of Africa, there are distinct advantages to being able to develop mining operations on the doorstep of industrial facilities that require these sorts of commodities, particularly in the case of copper,” said Kerim Sener, whose company Ariana Resources (AAU) has just signed a Balkan-focused exploration deal with gold major Newmont (US:NEM).

Sener has form in this area, or more specifically in the West Tethyan mineral belt stretching from Iran to Europe: Ariana has brought a new gold mine into production in Turkey in recent years with local partners, and has a stake in a similar venture in Cyprus.

Sener said exploration data in the former Yugoslav republics was good quality but largely ignored since the late 1970s.

“There is a real exploration opportunity that is created as a result of that gap in knowledge,” he said.

Europe’s existing miners, such as Atalaya Mining (ATYM), do not get much of a premium despite carbon-footprint advantages, for example, compared with operators in developing countries. Governments and empowered locals have even brought on valuation discounts given the high bar for a mine to be reopened or built, in terms of environmental standards. But as massive, market-changing projects become harder to find, lower-carbon and local could be the way to make up some of the forecast supply deficits on the way.