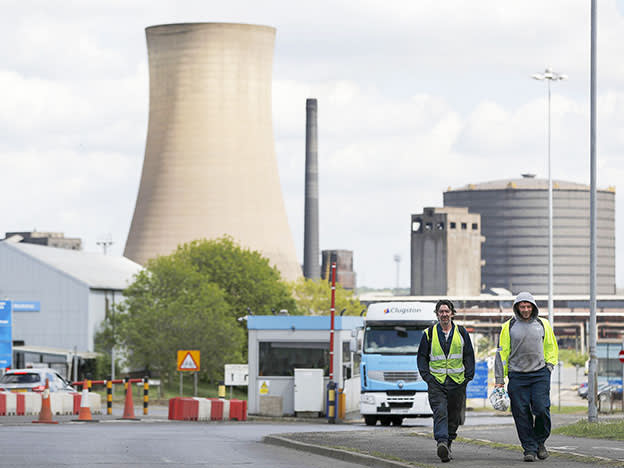 The Financial Conduct Authority (FCA) has outlined plans for a £71mn redress scheme to compensate British Steel workers whose "confusion and concern" were used to push them to transfer out of their defined benefit (DB) company pensions.

The regulator, which has launched a consultation ahead of the planned launch of the scheme in early 2023, said it was taking the rare step in light of the “exceptional” circumstances surrounding transfers out of the British Steel Pension Scheme (BSPS).

Previous research from the regulator found that 46 per cent of pension transfer advice given by financial advisers to 8,000 steelworkers between 2016 and 2018 was unsuitable, compared with an average of 17 per cent in the wider market. The FCA estimated the average loss from unsuitable British Steel advice, which saw workers moved into inferior or inappropriate defined contribution pension schemes, is around £60,000.

While it has cracked down on the wider DB transfer market, the FCA has faced criticism for the speed with which it has addressed BSPS workers’ circumstances. Nick Smith, the MP for Blaenau Gwent who has campaigned for the regulator to take further action, said the process had been “like pulling teeth”, but welcomed the proposals.

The compensation scheme is the first to be launched by the FCA in eight years and only the second in its history, following the redress scheme for the failed Arch Cru funds established in 2014.

“Despite communications and support to encourage complaints, to date we estimate that no more than 500 BSPS members (7 per cent of members who were advised to transfer and did so) have complained about their advice,” the FCA acknowledged.

It forecasts 89 per cent of eligible BSPS members will take part in the redress scheme, with 62 per cent who suffered a loss going on to receive compensation – the gap being put down to the fact that many cases “will require some additional action on the part of consumers” that may not take place.

The FCA estimated that around 40 firms – roughly 10 per cent of those that provided pension transfer advice to BSPS members – would become insolvent as a result of the scheme. But it said it was “very unlikely” its latest plans would have a material impact on the wider market, in part because of the way in which pension transfer provision has already been scaled back.

The watchdog’s previous clampdowns on defined benefit transfers, which include changes to the way that advisers can charge clients, have led to many advice firms to withdraw from the market.

While the FCA acknowledged that non-BSPS members might also seek compensation for perceived poor advice upon hearing of its redress scheme, it said expected any such uptick in complaints to be “very low”.

It added the circumstances of the BSPS transfers involved “unique factors” that were not applicable to other episodes of poor pension transfer advice, including owner Tata Steel’s planned restructuring of the business, tight decision timescales regarding possible pension changes, and a lack of information on alternative options.

“It is clear a number of financial advisers and others, such as unauthorised introducers [middlemen], took advantage of member confusion and concern,” the FCA said.