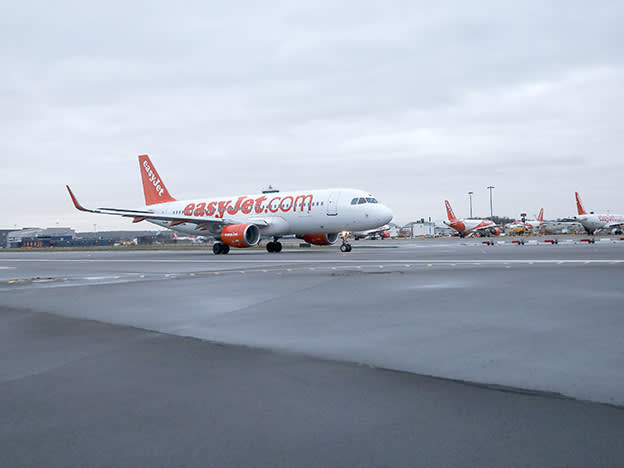 The European carbon market is set to have a greater impact on the bottom lines of heavy polluters just as prices are spiking and volatility rises, as gas-to-coal switching in the power sector raises demand for the pollution permits.

In recent months, rising European gas prices have forced German power plants to burn more coal and have driven up the price of European Carbon Allowances, and the war in Ukraine has also thrown the market into disarray as more coal plants are switched on. This transition, coupled with a proposal by the European Commission to phase out free carbon allowances for airlines, could create a cost squeeze for airlines Wizz Air (WIZZ) and easyJet (EZJ).

Typically, there is a positive correlation between the price of carbon allowances and the price of gas. As the price of gas rises power providers choose to burn more coal. This means companies need to purchase more carbon allowances as gas power plants emit around half as much carbon as coal. “More coal power increases demand for carbon permits and this will boost prices, theoretically, until coal plants are no longer profitable,” explained Tancrède Fulop, a senior equity analyst at Morningstar. “This is known as the coal to gas switching point”.

This relationship held during 2021 when the price of European gas skyrocketed. Between May and the beginning of December, the price of European natural gas futures increased over four times to just under €100 (£83) per megawatt-hour (MWh). During that period, Germany doubled the amount of energy it produced from coal relative to natural gas. In that time, the price of carbon allowances increased 60 per cent to just under €80 per tonne of CO2 equivalent. But the market has proved even more erratic in 2022.

Like any commodity market, carbon prices are vulnerable to speculators. Stephen Lewis, a senior trader at Redshaw Advisors, said this provided some explanation for the particularly dramatic jump in carbon prices in November and subsequent crash at the beginning of the war.

“There are now hedge funds and other financiers operating in the market," he said. "They wanted to profit when the price was moving upwards but when the war broke out, likely, they liquidated their positions to move into safer assets."

This speculation created a brief disconnect in the relationship between gas and carbon prices. When the Russian tanks moved into Ukraine, gas prices doubled to over €200/MWh, and the price of carbon halved. As well as a flight to safer assets, Lewis said that gas and coal rationing, as has been proposed in Germany, could "lower the overall demand for carbon allowances".

Regulators are pondering other measures. At the end of March, the European Securities and Market Authority published a report saying it may introduce "position limits on carbon derivatives" to help stabilise prices.

The EU has proposed a ban on coal imports from Russia and is still considering how to reduce gas imports. If the EU does lower its total hydrocarbon use then carbon prices will likely fall in the short term.

However, since the initial crash at the beginning of the war, the price of carbon has moved steadily upwards and the relative profitability for power plants of burning coal compared to gas in Germany (as shown in the graph) means it is likely to keep on rising. Coal is still a much more profitable energy source which means carbon allowance prices are far away from the “coal to gas switching point”.

Calculating the exact impact of rising carbon prices on UK businesses is tricky. First, the UK has its own carbon allowance market that was set up after Brexit. This market is less liquid than its European counterpart, meaning prices are a slightly higher. Secondly, companies only need to purchase allowances for emissions produced in countries with carbon markets.

Carbon emissions data from Morningstar gives a rough feel for which companies are most exposed to carbon prices. As a proportion of revenue, airline Wizz Air is the most carbon-intensive business in the FTSE 250, followed by energy company ContourGlobal (GLO), cruise line business Carnival (CCL) and easyJet. On a sector basis, it is the industrials, miners, airlines and energy companies that generate the most emissions, although miners' operations being outside emissions trading zones means they are not as vulnerable.

The issue for airlines Wizz Air and easyJet is that almost all their emissions are generated within Europe or the UK.

"In the short term, most large companies will have hedged their positions but if the price of carbon continues to head upwards because of rising gas prices then costs will rise," said Lewis. "It will be interesting to see whether the European Commission maintains its pledge to cut the allowances."