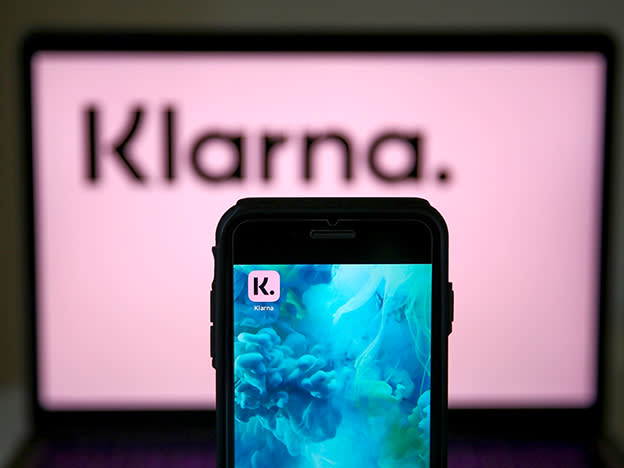 Rising costs of living are expected to lead to higher numbers of consumers taking out credit with buy now pay later (BNPL) providers like Klarna, Openpay (AU:OPY), and Laybuy (AU:LBY), sparking concerns about the as-yet unregulated sector’s ability to navigate a tougher set of economic conditions.

BNPL started life as a challenger to traditional payment models and quickly became seen as ecommerce’s golden ticket. Its most famous champion, Swedish unicorn Klarna, reportedly valued at $46bn (£35bn) or more, has become a standard checkout option for online retailers. It allows shoppers to delay paying for their purchases by 30 days, or spread the cost across multiple instalments. Since Klarna doesn’t charge interest or fees, it falls outside of UK credit laws and so no credit check is required to take out a loan. Klarna says it applies its own soft credit checks.

Rather than relying on interest and late fees, BNPL makes money by charging retailers fees on customer transactions, often at rates up to three times what merchants pay traditional card providers Visa and Mastercard, according to data from the Reserve Bank of Australia for 2019-2020.

Already, the value of transactions handled by BNPL providers more than tripled to £2.7bn in 2020 – and is forecast to be far higher again in 2021 – with 11 per cent of all UK consumers reporting using the payment method since the start of the pandemic, according to a government consultation last year.

Economists have predicted that rising prices of goods will generate the steepest drop-off in living standards since the 1950s over the next year, and Richard Lim, chief executive of consultancy Retail Economics, told Investors’ Chronicle that this will “inevitably” drive more consumers to take out buy now pay later loans, along with other forms of credit.

“We're already beginning to see people leaning into credit to be able to sustain their living costs,” said Lim. The Bank of England’s latest figures show that consumers took out an additional £1.9bn of credit in February, which is the highest level of borrowing in five years, although does not include BNPL loans.

Higher costs of living will hit the least affluent households hardest, because the prices of non-discretionary items such as fuel and food are set to rise the fastest, said Lim. As a result, these households' purchasing power could fall by up to 19.5 per cent, and add to the number of people turning to BNPL to cover essentials, which 8 per cent of UK adults already do, according to research from Citizens’ Advice.

This is “not necessarily a healthy development” for the retail sector, said Jeff Tijssen, global head of fintech at Bain & Company. “What that effectively highlights is that consumers aren't just using it as a convenient way to pay and to spread out cost across payments for bigger items, it has become a necessity for them in order to pay for basic goods and services.”

If more customers struggle to pay their debts, this will push up default rates and leave BNPL players swallowing larger credit losses.

Almost a quarter of UK adults who have used BNPL services have failed to pay on time, which rises to 35 per cent for the youngest borrowers in the 18-34 age bracket, according to Centre for Financial Capability data published by the Financial Times.

Klarna reported higher customer defaults for 2021 – rising from from 0.56 per cent of gross merchandise volumes (or the overall sales its financing is used for) in 2019 to 0.67 per cent last year. In the same period, the company’s net losses expanded by five times to SKr7.1bn (£575mn) last year, which chief executive Sebastian Siemiatkowski put down to the company’s expansion into new markets.

Rising interest rates has already resulted in a “bit of a bloodbath” for BNPL players over the last year, with Australian fintech Openpay announcing plans to mostly shut up shop in the UK amid rising competitive pressures in March. High street banks are also moving in on the sector, with Natwest (NWG) looking to launch its own BNPL alternative in the summer.

A golden ticket for e-commerce

Pressure on the BNPL model has implications for online retail. If interest rates keep heading upwards and market competition keeps rising, BNPL firms will likely need to increase the fees they charge retailers in order to stay afloat.

BNPL caught on as a way for retailers to drive consumers to spend more on discretionary items. Adding a BNPL option is estimated to increase retailers’ conversion rates by between 20 and 30 per cent, and lift the average basket size between 30 and 50 per cent, according to RBC Capital Markets.

Nowhere has this been more apparent than in clothing retail, where providers like Klarna, Clearpay, Laybuy, and Openpay have partnered with almost all of London’s listed clothing companies. Shoppers are able to try on clothes before any money leaves their account, which has helped to drive the transfer from physical to online sales. According to Accenture, 27 per cent of all online fashion spending – £1 in every £4 – is now paid for using BNPL.

This rush has come at the same time as massive increases in online shopping. Online-only retailer Asos (ASC) first added Klarna to its checkout options in 2017. Since then its UK sales have soared by 164 per cent to £1.65bn in the year to the end of October 2021, with fellow BNPL enthusiasts Boohoo (BOO) and Joules (JOUL) also reporting notable rises in retail sales over that period.

Part of BNPL’s appeal is advertising. Klarna has targeted young people in its campaigns, which tended to go light on financial detail, in favour of glossy photos featuring aspirational clothing brands. This has garnered criticism, as surveys show that many of BNPL’s customers do not realise that they are entering a credit agreement.

The same criticism has been levelled at the retailers that have bought into BNPL. “Hate waiting for delivery but want new garms?” tweeted JD Sports (JD) in December, promoting its offer of free delivery to customers who opted to pay with Klarna at the checkout, rather than using credit or debit cards.

“If you look at advertisements from any of these players, they don't even talk about the actual products that they offer,” said Tijssen, adding that many of the larger BNPL players “don’t necessarily see themselves as financial services companies”, but rather as retail technology firms.

Regulators are forcing something of an existential rethink. The Advertising Standards Agency has upped its action in recent months, cautioning Laybuy in April. Meanwhile, the Treasury has also recommended that BNPL firms be brought under regulation by the Financial Conduct Authority’s oversight, which could force the sector to perform creditworthiness checks in line with traditional lending practices.

Currently, BNPL’s lack of credit checks makes it easy for financially precarious users to take out loans upon loans, using different providers. According to the latest figures from Barclays Partner Finance, users of BNPL owe an average of £293 to providers, and often had multiple loans at the same time.

Adam Jackson, director of policy at fintech industry body Innovate Finance, said that regulations are likely to be agreed and come into force no earlier than the next calendar year, but “ideally sooner”.

“The consumer harms from BNPL are pretty much the same as with any form of consumer credit. There are some benefits around the lack of a ‘poverty premium’ and the interest-free nature of it, but equally, it's got to be regulated to ensure that protections are consistent,” said Jackson.