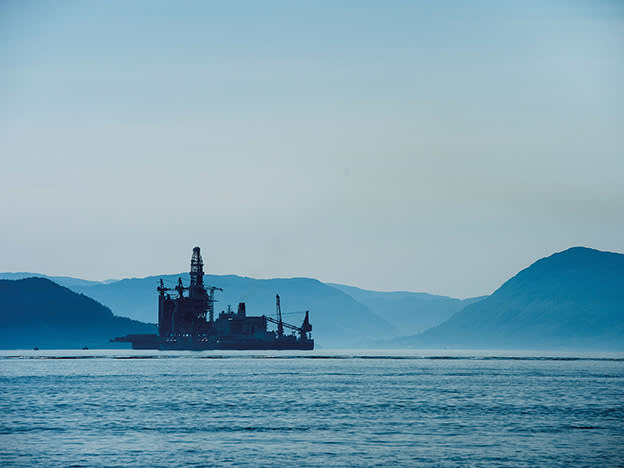 The consulting, construction and operations firm has high debt and a poor 2021, but a new energy security focus and division sale could shore up the books

As investment in the energy sector gears up across both oil and gas projects and renewables, energy and resources services and consulting firm Wood Group (WG.) is still counting the costs of the past loss-making contracts and the impact of 2020’s freeze of new projects. ‘Challenging’ was the key word for Wood Group in its presentation of the weaker 2021 numbers.

Chief executive Robin Watson and finance chief David Kemp were keen to highlight the impact on the bottom line from continued Covid-19 conditions and the hesitation over new oil and gas projects that continued into last year.

The outlook is improving – the order book is up almost a fifth on the year before – but Wood Group remains saddled with a high level of debt and has kept the dividend on ice while it gets its books in order. Net debt climbed almost a fifth last year to $1.8bn (£1.4bn), taking Wood Group close to its debt covenants of 3.5 times adjusted cash profit. The ratio sat at 3.3 times as of 31 December.

Adjusted cash profit for 2021 was down 12 per cent on the year before, at $554mn, although the margin improved by three percentage points to 8.6 per cent. The free cash flow outflow grew significantly, however, from $46mn last year to $398mn, due to a major working capital outflow because of “reduced activity in our projects business”.

Adjusted earnings were right on analyst forecasts at 17.5¢ a share, compared with 23.2¢ last year. Consensus estimates compiled by FactSet see this returning to 26¢ a share this year.

Looking ahead, Watson said there had recently been an uptick in contracts around “maximising production volumes in conventional upstream assets”, particularly in the Middle East, and reported higher headcount in the North Sea across UK and Norwegian territory.

Wood Group operates across consulting, operations and construction jobs, split between conventional energy, process and chemicals, renewables and ‘built environment’ divisions. This last unit is for sale, and a final deal is expected by the end of June. Watson said possible uses of the proceeds ranged from paying down debt to increasing investment activity. The division accounted for 23 per cent of group sales last year.

The chief executive also used the results to announce he would be retiring after seven years in the job. A successor is yet to be picked.

The board delayed releasing the 2021 numbers because of accounting questions around the Aegis missile project in Poland, which went as far as an external investigation into its value. The result of this was no change, Wood Group said, and it has taken a $99mn hit on the project on the 2021 bottom line, and a total loss at $222mn.

There are clearly plenty of opportunities right now for a company that can both increase oil and gas output and cut emissions from assets on a project level. Wood Group also has exposure to the UK’s fast-growing hydrogen sector. While the balance sheet is not in a strong state, a cash injection from the built environment sale and a stronger pipeline means we are more optimistic of the dividend coming back. Move to hold.