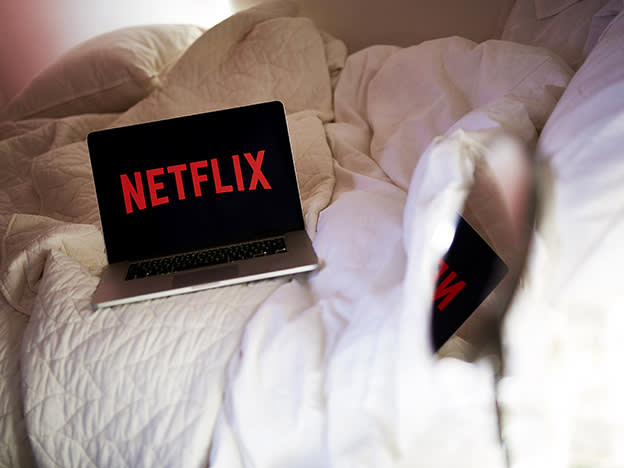 The consumer subscription model is under pressure. The rising cost of living coupled with the prospect of tightening regulation mean it is going to be increasingly hard for companies to protect their revenues.

For the past few years, subscription services have been highly valued by investors. Recurring revenues are sought-after because they are deemed to be more predictable and more stable. However, Netflix’s (US:NFLX) disastrous results for the start of 2022 prove this is not always the case and suggests growth in core markets has stalled.

In the first quarter of this year, streaming video on demand (SVoD) household penetration in the US fell 0.2 percentage points to 81.4 per cent, according to market researcher Kantar. Amazon’s (US:AMZN) Prime streaming service was the top destination for new subscribers. In the same period, 1.51mn SVoD services were cancelled by UK households, with more than half a million of the cancellations attributed to money-saving.

In the same month, the UK government announced tighter rules against subscription “traps”. These include requiring companies to make their subscriptions easy to cancel, and sending reminders to customers before a free trial ends or before a subscription automatically renews.

In Q4 2021, Netflix forecast it would have 224.3mn subscribers in the first quarter of this year. Instead, it had 221.6mn, 2.7mn below expectations. It is now forecast to lose 2mn customers by mid-year. The reasons for this decline are competition from other streamers, such as Amazon Prime and Disney Plus, coupled with the increased cost of living.

This underperformance was a surprise for Netflix management and investors. However, in 2020, analysts at Midia Research forecast that an “attention recession” was coming after the 12 per cent jump in media content consumption during the lockdown boom.

Managing director Mark Mulligan said that during an economic recession “22 per cent of consumers would cancel one or more video subscriptions”. Although we are yet to enter a recession, this prediction is proving to be accurate as the cost of living crisis bites.

Domestically, there are now question marks over plans such as ITV’s (ITV) upcoming subscription service, ITVX. The strategy requires over £1bn of annual content investment and investors don’t seem overly confident. Since February, ITV’s shares have fallen over 40 per cent and the company is now trading on a lowly forward price/earnings ratio of 5.6, compared with a five-year average of 9.3 times.

There is precedent for subscription cancellations during recessions. In the two years after the 2008 recession, Comcast (US:CMCSA) lost 1.42mn cable subscribers, a 6 per cent loss. Unlike Netflix and other TV streamers – cable subscriptions were also long-term – customers had to pay a fee to cancel the contracts. The product is stickier than the month-to-month subscriptions consumers sign up to nowadays.

Spotify (US:SPOT), the music streaming platform, has been more resilient than Netflix so far. In Q1 2022, its total monthly users were up 19 per cent year on year and 4 per cent quarter on quarter to 422mn. Users listen to the same music multiple times, unlike TV series, which are often only watched once after being produced at great expense.

Like music, gaming is also a social media product. Gamers log on to play together online and are happy to play the same game over and over. According to Activision Blizzard (US:ATVI), Call of Duty players who play in groups invest roughly three times more on in-game content compared with other players.

In the quarter ended 31 March, Microsoft (US:MSFT) announced a6 per cent constant currency increase in revenue from Xbox content and services. TinyBuild (TBLD), a UK game developer, saw revenue jump 39 per cent last year – with 83 per cent of its sales coming from its back catalogue.

The sector as a whole also faces other challenges. The UK Competition and Markets Authority will now be able to fine companies up to 10 per cent of their global annual turnover for mistreating their customers, which includes subscription offences and paying for fake online reviews.

The government estimates that the average UK household spends £60 a year on unwanted subscriptions.

In the US, the Federal Trade Commission is also taking aim at “dark patterns” used to trap consumers. In February, fitness company Noom agreed to pay $62mn (£49mn) to settle a lawsuit over alleged auto-renewing payments, following Tinder-owner Match Group’s (US:MTCH) payment of $2mn last year to settle a civil lawsuit without admitting wrongdoing over its rolling payments.

On top of the potential penalties, tougher consumer protections have meant lower profits for companies in the past. When the EU introduced new data privacy laws (GDPR) in 2018, the move caused businesses an average 8.1 per cent decline in profits and 2.2 per cent lower sales, according to the Oxford Martin School, because of dampening ecommerce demand and higher compliance costs.

Subscription services are not about to disappear, but macro and regulatory headwinds are blowing. There will be winners and losers in the increasingly saturated attention market – for investors, this means spotting the difference between need to have and nice to have.