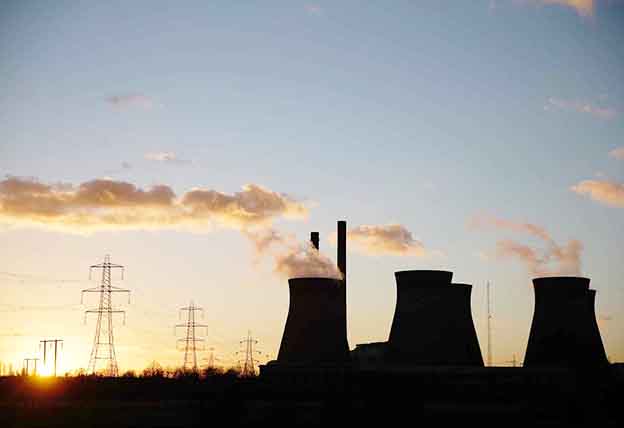 Regulators are switching their focus to ensuring financial resilience

It’s curious now to think that just prior to the pandemic, several privatised utilities in the UK were faced with the prospect of renationalisation under a Corbyn-led government. The political thrust of the then-Labour supremo is not hard to acknowledge. The way public utilities were privatised from the late 1980s onwards has been the subject of much debate, particularly given the unenviable task of squaring the competing interests of regulators, customers, government, and shareholders. And the suspicion lingers that government would opt for a different model if the process had to be repeated.

Of course, many of the utilities within the FTSE 350 index are still subject, either directly or indirectly, to the determinations of regulators in relation to pricing and the allowed return on capital, both key considerations for investors in the current inflationary environment.

Water companies are approaching the midpoint of their regulatory cycle, but speculation is mounting that future returns may be imperilled resulting from increased criticism – and regulatory intervention – over the state of UK waterways and rivers. Campaigners charge that UK water companies have steadily increased the amount of untreated sewage they pour into rivers and coastal waters, with little regard for the impact on human health and the environment.

Whitehall, seemingly, has been stung into action. The Environment Act 2021 includes new provisions to tackle sewage, including the need to report on actions necessary to eliminate discharges from storm overflows in England, along with the production of regular cost/benefit analyses. However, major questions linger over the enforceability of report timeframes, so it remains to be seen whether the government's new strategic priorities will spur action on the part of Ofwat. Companies like Severn Trent (SVT) have brought forward plans to improve river quality in line with the Environment Act guidelines, but the degree to which the water regulator will tailor its determinations under the next asset management plan remains unclear. We shall see.

Despite their inherently cash-generative nature, many of the privatised utilities have amassed huge liabilities on their balance sheets to fund investor distributions, cementing their status as bond proxies. It’s perhaps revealing to note that although Pennon’s (PNN) net debt was almost double the size of shareholder funds at its September half year, it decided to return £1.5bn via a special dividend following the sale of its waste management business, Viridor, to private equity firm KKR.

It’s not difficult to appreciate where Pennon’s priorities lie. But it’s by no means an outlier in this regard. By their very nature these monopolies are predictable, slow-growth affairs, so the focus on distributions is understandable. However, regulators need to take account of external issues such as the cost of debt, so it would be unwise to assume that pay rates will ratchet-up indefinitely, even if market support is also garnered by the recession-resistant nature of utilities.

The prime near-term consideration for investors is linked to the huge increase in wholesale energy prices. Forward delivery prices for natural gas have quadrupled over the past year, with an increase of 133 per cent recorded in a single three-week period from the end of November 2021; electricity prices duly responded.

Over the last year, 29 energy companies have exited the retail market or have been put in special administration. The regulator is committed to introducing reforms designed to increase financial resilience, including financial stress testing, in parallel with the aim of diversifying away from the UK’s reliance on gas. It could be that energy utilities are faced by the prospect of new ‘green’ sunk costs, with all the attendant implications for dividend growth rates.

If you want to play the energy transition, and the likely disruption that entails, perhaps a foot in both camps is the way forward. ContourGlobal (GLO) owns a mix of fossil fuel and renewable assets around the world, including carbon capture services. Chief executive Joseph Brandt warned that recent geopolitical events mean the transition is unlikely to be smooth, with a “larger than previously expected role for power generation based on lignite coal, nuclear and liquefied natural gas”.

Despite a solid share price performance in recent months, Centrica (CNA) still trades below peers at around 10 times forecast earnings, and the British Gas parent company has been the focus of several recent broker upgrades. The shake-out in energy markets could benefit the utility, as British Gas has increased its customer base significantly as ‘Supplier of Last Resort’. But upstream operations provide the lion’s share of profits, so the group’s commitment to the net-zero transition could be problematic – although it is at least in good company on that score.