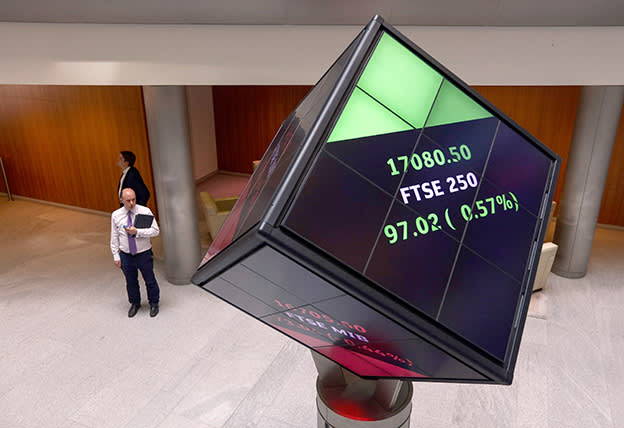 Valuations have become more attractive across financial services, but the outlook is tricky

The financial services sector is home to an array of companies with quite different price drivers, but the success of many correlates with the performance of the stock market – either positively or negatively.

Private equity has enjoyed a surge in dealmaking and exits, fuelled in part by pandemic-related stimulus, with Bridgepoint (BPT) joining the FTSE 350 after a blockbuster IPO last July. Shares soared in the early days of trading, only to later fall by more than half from their November peak. The prospect of higher interest rates might make future private equity returns harder to come by, a headwind for 3i Group (III), which has been praised for its business model following a management overhaul around a decade ago.

As for the platforms that specialise in derivatives trading, IG Group (IGG), Plus 500 (PLUS) and CMC Markets (CMCX) have seen their share prices surge since February as markets became more unpredictable. However, the latter pair in particular have proved very volatile. CMC Markets is considering splitting the business into separate derivatives trading and stock ownership – which could leave a new platform entity at a significant discount to its rivals.

The London Stock Exchange’s (LSEG) share price, meanwhile, has performed better of late after a torrid period sparked by doubts over the wisdom of its $27bn (£21bn) deal for data group Refinitv. That acquisition could still prove a shrewd strategic move in the long run.

Meanwhile, Provident Financial (PFG) has finally returned to profit, closed its doorstep lending business and paid investors a healthy dividend. While its valuation is low, it's hard to predict what challenges the cost-of-living crisis and rising interest rates will mean for the sub-prime lender. TP ICAP (TCAP), meanwhile, has suffered as interdealer broking is in secular decline, but a resurgence of interest earlier this year, when activist hedge fund Phase 2 took a stake and called for the company to be sold, points to a more interesting future.

IG Group’s shares have struggled over the past year, but its results tell a compelling story. Traditionally making all of its revenues from over-the-counter derivatives trading, the company has diversified revenue streams in recent years with a focus on growing its stock trading and investments business. It has also been growing rapidly in Japan and, while it’s still early days, results from its recent acquisition of tastytrade in the US look encouraging. The shares trade on a forward price/earnings (PE) ratio of 9.2 times, comfortably below its five-year average of 13.4 times. While it may not be able to deliver the extraordinary revenue growth achieved over the pandemic, that valuation looks pretty attractive.

Long-term shareholders in the London Stock Exchange have been richly rewarded, but at a forward PE ratio of 25 times, the valuation is not particularly cheap. A difficult economic outlook, drop in number of companies coming to market and an acceleration of company delistings present headwinds in the short run, as do lingering questions over the blockbuster Refinitiv acquisition.