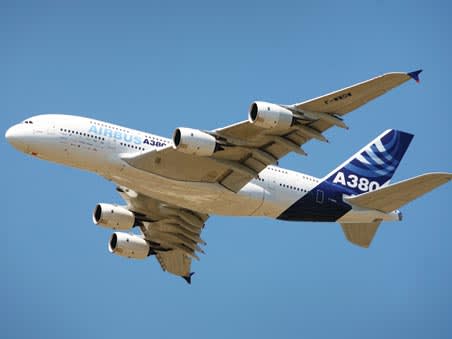 The real headwind for airlines is not Covid, oil prices or oversupply says Stephen Clapham, and the issue applies to other companies too

I read recently that Airbus (FR:AIR) and Qatar Airways were set for a court battle. This is pretty surprising – Qatar has been buying a lot of aircraft, and Boeing (US:BA.) and Airbus sales teams will usually do whatever it takes to win an order. Even in industries where orders don’t have price tags of billions of dollars, it’s not considered good marketing practice to see your customer in court.

Of course, Qatar Airways has been a difficult customer for both manufacturers. One told me that Qatar had complained about every tiny detail on its rival’s last delivery. This is quite normal in the airline industry ­–  you send a team to inspect your new purchase before flying it home (I did the same for my last new car purchase and noted a paint issue). But Qatar Airways is a particularly exacting customer.

Qatar’s Airbus A350s have a problem with flaking paint. So have everyone else’s deliveries, but Qatar is unusual in that its aviation authority has apparently grounded the aircraft. No other authority has taken similar action, so presumably the issue of the flaking paint is more cosmetic than life-threatening. It is coming to court because Airbus has a full order book and doesn’t want to pay the $700mn (£558mn) Qatar is demanding in compensation.

Airbus was even prepared to cancel some of Qatar’s orders and let the airline buy short-haul jets from Boeing – relations must be pretty strained. We shall see how things pan out, although Qatar’s case for compensation for grounded aircraft is weakened in that everybody else seems happy to fly the A350 (although if my car had been delivered with paint like that, I would have sent it back).

But what struck me about this news, apart from the unusual nature of the dispute, was the size of the Qatar claim. All the reports say that Qatar is claiming $618.4mn (£488mb) from Airbus for the grounding of the 21 aircraft affected, plus $4.2mn per day of each day the aircraft were idled. Bloomberg added that the list price of an A350 is $300mn.

Qatar is claiming $200,000 a day for the grounding of each aircraft, presumably for the lost revenue. Over a year that amounts to about $73mn – quite a lot of revenue for one aircraft, but let’s assume that is the correct value. Later in life there are more maintenance checks and so on, but let’s round this up to $75mn to make the mental arithmetic easier. Let’s assume also that the generous sales teams at Airbus let Qatar buy the A350 for $225mn, a 25 per cent discount. I am making these numbers up, but it doesn’t matter.

This would mean that Qatar Airways is investing $3 (in aircraft alone, not counting all the other fixed equipment) to generate $1 of revenue. Now the airline reported a QAR4.1bn (£0.9bn) operating loss on QAR48bn of revenue in FY2019, so it’s not possible to calculate the return on that investment. But let’s assume that it reported a 20 per cent earnings before interest and tax (Ebit) margin – that would be 20¢ of profit on $3 of fixed assets, or a sub-7 per cent pre-tax return on the value of the fixed assets alone. Of course, to run an airline you need assets beyond aircraft – offices, simulators, maintenance hangars and many more expensive assets, although there is a working capital offset – airlines’ working capital is provided by their customers who pay for tickets in advance; this is an airline’s lifeblood, and one reason why Covid-19 was such an existential threat.

There are three important financial reasons why airlines have managed to survive in spite of being a highly cyclical, low-return industry:

But this simple example cited in the press tells you all you need to know about investing in the airline industry – if it takes $3 of direct fixed assets to generate $1 of sales and those sales are not super high-margin, super long-lived or sticky subscription income, chances are it’s not a very good business.

Many new investors trying to educate themselves and improve their skills give up early because they find the financials daunting and accounting confusing. It doesn’t need to be that way. All you need to do is use your common sense. If you own a stock for the long term, then as Warren Buffett’s business partner Charlie Munger said, the most important element is the return on capital employed:

"Over the long term, it's hard for a stock to earn a much better return than the business which underlies it earns. If the business earns 6 per cent on capital over 40 years and you hold it for that 40 years, you're not going to make much different than a 6 per cent return – even if you originally buy it at a huge discount,” he said.

More importantly: “Conversely, if a business earns 18 per cent on capital over 20 or 30 years, even if you pay an expensive looking price, you'll end up with one hell of a result.”

And that’s what most investors seem to overlook when they focus on valuation. In the long term, return on capital is the key driver so that’s where you should start. And even if you are a new investor and you don’t understand balance sheets, you can use your common sense. If the company needs a lot of fixed assets to generate sales, say three times the level of the sales as we see here, the chances are it’s not going to be a great investment.

Whether it’s a restaurant, a shop, or a factory making widgets, start with that fixed assets note and compare it to the turnover. It’s a great starting point.