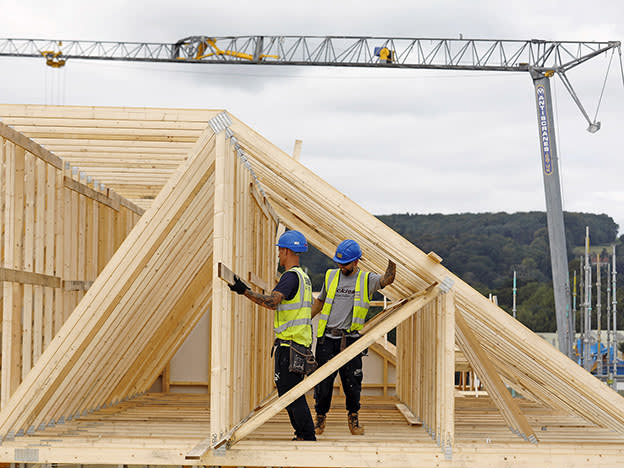 Grainger (GRI) stands alone in the world of listed real estate. The residential developer is not a housebuilder, but it’s also not a Reit (real estate investment trust) – at least not yet. Having doubled its pre-tax profit in its latest set of half-year results, it has also more than doubled its tax bill from £10mn to £23mn. As such, the company is thinking about the tax saving it could make if it achieved Reit status.

Chief financial officer Robert Hudson says Grainger hopes to reach that goal “in the next three years”. To do that, the company needs to get to a position where 75 per cent of its income comes from rental property.

It has certainly made a lot of progress on that front, posting a 23 per cent surge in net rental income in its half-year results. Chief executive Helen Gordon insists that this increase is being driven by more leases, rather than an increase in rent. An important distinction to make during a cost of living crisis. The landlord says its like-for-like rental growth is 3.5 per cent, but Gordon argues that this is reasonable considering the rate of inflation. Grainger calculates that the company’s average renter pays around a quarter of their salary on rent.

The developer sees a lot of demand in the rental space it is moving into. At the moment, it says build-to-rent (BTR) comprises 1.4 per cent of the circa 5mn homes in the rental market. Gordon believes BTR could be the majority of the market as it is in Germany and the US. All of this is why the company is forecasting eyebrow-raising levels of growth – with plans to double its net rental income by 2026.

Gordon also makes the point that Grainger is one of the only major developers moving into BTR at the moment. On the one hand, going out on a limb in that sense can be risky, but it gives Grainger a lot of space to do its thing – and also insulates it from the recent spate of merger activity in the Reit space. As Gordon notes, there are not any companies Grainger could currently merge with.

There could be some political headwinds for the would-be Reit. The first draft of 'levelling-up' secretary Michael Gove’s Levelling-up and Regeneration Bill has been branded as “anti-development” by the Home Builders Federation, although Gordon is nonplussed by this. She says that the nature of the BTR market, with its cohort of young city-living renters, means Grainger develops mostly on brownfield sites, which has historically been less controversial than developing on greenfield locations.

Gove’s attempts to get residential developers to fork up £4bn for cladding remediation do not bother Gordon, either. She says that Grainger received a letter directly from the secretary of state saying that BTR developers were exempt. Even still, Gordon says Grainger has put forward £9mn to the fund and checked the last 30 years of its developments for cladding defects with nothing to report.

In short, the company is relatively unaffected by Gove’s remedial policies and, with market fundamentals looking sound and a strong set of results, it is hard not to recommend this stock. Buy.