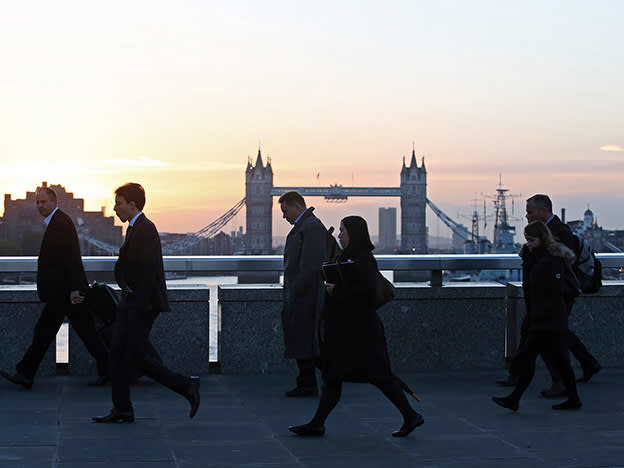 The UK's other labour shortage

Job vacancies in the UK are at an all time high. According to the Office for National Statistics, there were 1.29mn positions waiting to be filled in the first quarter of 2022, nearly 500,000 more than before the pandemic struck. Some industries are clearly floundering: British Airways’ staffing disaster reflects wider problems in aviation, while job adverts still fill the windows of many pubs and restaurants.

Less conspicuous are shortages in the ‘white-collar’ workforce. But recruiters have warned that a dearth of professional talent is undermining companies’ long-term growth, and thwarting their digitisation plans.

In absolute terms, there are three UK sectors most in need of staff. At the top of the list is health and social care, which posted 216,000 vacancies between January and March 2022. Then comes accommodation and food services, which is looking to fill 164,000 posts. In an unexpected third place, however, are professional, scientific & technical activities – sometimes categorised as ‘‘professional services’ – which need 131,000 new recruits.

Recruitment agency Robert Walters (RWA) said professional candidate shortages have been most acute at the mid to senior end of the market, with companies fighting hard for legal and technological skills. Similarly, Hays (HAS) has noted “significant skill shortages in the more decision-making parts of companies – really [salaries of] £40,000 or £50,000 and above”.

These pressures are starting to be felt at a company level. Keystone Law (KEYS) is a useful litmus test, as it is a pure-play law firm committed to organic growth. Since Keystone listed in 2017, the number of lawyers seeking to join the practice has risen every year – until now.

Some 228 people applied to Keystone in the 12 months to 31 January, down from 253 the previous year. Meanwhile, just 50 candidates accepted their offers, compared with 70 in 2021. According to analysts at Liberum, the second half of 2022 was Keystone’s worst period for recruiting since listing, only matched by six months in 2019.

Technology is where the real shortages lie, however, according to STEM recruiter SThree (STEM). “Technology is now – and for the foreseeable future – one of the strongest areas of demand. A lot of companies want to transform, automate, digitise their processes,” said chief executive Timo Lehne. Research by Hays found that software engineers are the most sought after roles in 2022, followed by cyber security experts.

While this is good news for those who work in tech, it’s likely to prove a headache for companies in the long term. IT specialist Kainos (KNOS) is enjoying strong demand, as its public, commercial and healthcare clients look to digitise. But its margins are narrowing as a result of salary increases and greater use of contract staff. Results for the six months ended 30 September 2021 show that Kainos’ digital services margins decreased from 46.4 per cent to 39.8 per cent, while employee retention dipped by three percentage points to 89 per cent. Things are unlikely to have improved since then, given professional services vacancies have jumped by 25 per cent since last summer.

Concerns about the job market are starting to have a tangible effect on share prices. Analysts at Panmure Gordon argued that wage inflation and resignation rates drove a 10 per cent share price fall at NCC (NCC), a cybersecurity specialist. A strong May trading update has allayed some of these fears, but the initial concerns could yet be repeated in other parts of the market.

Technology companies are not the only ones under pressure; any business looking to update its IT faces the same problem. “The fact there are fewer people available to cover the high demand – specifically within white collar expert STEM roles – is becoming an immense problem for companies,” SThree’s Lehne said.

“That’s what we’re hearing from our customers. They have more demand from their clients, but they don’t have enough of a workforce.” This will only get worse as more of the ‘baby boomer’ generation retires, Lehne argued. “That gap isn’t being filled by new labour stepping into the market.”

The situation is also exacerbated by labour shortages elsewhere. “Most companies are looking to heavily improve the automation and digitisation of their operations,” said Paul Venables, group finance director of Hays. “And, of course, the greater the degree of skills shortages, the more important and urgent it becomes to find automated ways of doing things as well.”