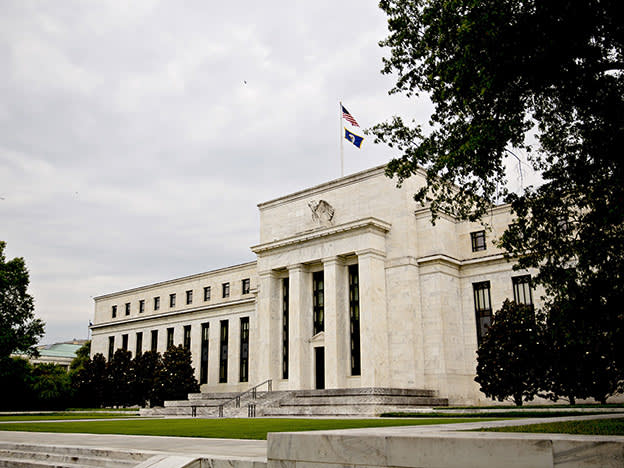 Life insurance companies in the US face exposure risks if interest rates spike said the Federal Reserve, as rampant inflation beckons calls to raise rates further. This warning comes after the world’s most eminent central bank raised its benchmark interest rate half a percentage point two weeks ago, the largest hike since 2000.

The debate centres around how life insurers such as Northwestern Mutual (US:NWE) or New York Life will fare if customers decide to cash in on higher interest rates by surrendering contracts en-masse. US life insurance holders can get a cash payout for exciting their policy, which can also be done to avoid the cost of maintaining the insurance.

A particular area of concern for the central bank was how life insurers would fare if further rises in interest rates caused policyholders to surrender their contracts at higher-than-expected rates. “If the increase of surrenders is substantial enough, it could put downward pressure on life insurers' financial performance,” the Federal Reserve said.

It is in this area that differences in regulation between the UK/Europe and US insurers become most apparent.

The trend in the US life industry has been for balance sheets to be increasingly leveraged with interest-sensitive, illiquid assets, while also investing heavily in corporate bonds, collateralised loan obligations, and commercial real estate debt. Low-interest yields since the 2008 financial crisis have seen levels of leverage involving this kind of debt reach a 20-year high.

In the UK the situation is slightly different. Despite the Bank of England increasing its interest rate to 0.75 per cent in March, British life insurers will not face the same volatility in their balance sheets as their American counterparts. An Aviva (AV.) spokesperson told the Investors’ Chronicle that rising interest rates could “have a positive impact on the financial position of UK insurers”. However, the spokesperson did note that rising interest rates would force insurers to “take a more cautious approach on higher risk investments”.

The main difference is that US life insurers offer annuities and other products that include minimum guarantees. In the UK the profit on savings of life insurance products is related to the return insurers earn on their underlying invested assets – so have no surprise obligations that cannot be met.

Furthermore, British Solvency II rules require that asset duration be matched to the calculated length of the liability, which also keeps asset volatility low. Matthew Connell, Director of Policy and Public Affairs at the Chartered Insurance Institute, said the UK insurers operated in a very different way to the US companies. “People invest in [in the UK] life insurance because they want to safeguard their loved ones,” he said.