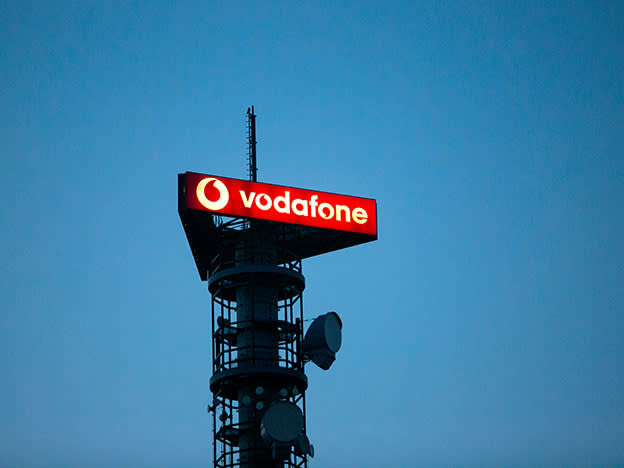 Price pressures will cause medium-term pressures but these results don't change the long-term investment case.

Vodafone (VOD) is always looked at in comparison to BT (BT). The challenges facing management are the same. Rising inflation, increasing interest rates and the cost of living crisis. These factors make investment and financing more expensive whilst also making it trickier to raise prices in what is already a very competitive market.

The main difference between the two is the geographies in which they operate. BT has a global business which makes up 16 per cent of its revenue but the rest of its sales comes from the UK. BT's fate is tied to that of the UK economy. Vodafone is much more international, just 15 per cent of its revenue is derived from the UK while the rest is generated in continental Europe and Africa.

This is why Vodafone is more valuable that BT. Vodafone currently trades on a forward PE of 11.4 while BT’s is just 8.7, although both multiples point to market uncertainties. The UK is Vodafone’s lowest margin market with an adjusted cash profit margin of just 21.2 per cent. In Germany, which makes up 30 per cent of Vodafone’s revenue, the margin is 43.2 per cent.

The other market that helps Vodafone stand apart from BT is Africa. In the last year, African mobile customers increased from 178mn to 184.5mn. For comparison, there were only 66.4mn European mobile contract customers.

To further monetise the growing African customer base Vodafone has been selling its M-Pesa mobile money platform. M-Pesa allows users to manage business transactions and to pay salaries, pensions, agricultural subsidies and government grants. Last year, there were 52.4mn M-Pesa users in Africa, up from 48.3mn. The goal to get 50mn M-Pesa customers has been exceeded three years before its original target date.

The high-growth market of Africa and the high margin market of Germany sets Vodafone apart, but the top line fact remains the same: neither it nor BT are moving anywhere quickly. This year, group revenue at Vodafone rose just 4 per cent, while adjusted cash profit was up 5 per cent and free cash flow rose 6.4 per cent. These aren’t bad numbers, but they are indicative of how slow moving the telecoms market is.

To justify the price rises needed to increase sales, a huge amount needs to be spent on improving the infrastructure and acquiring 5G spectrum. Last year, capital additions totalled €8.31bn (£7bn) and spend on spectrum was €896mn. Capital additions were up 5.9 per cent from the previous year and as raw materials and wages continue additional spending will only become more expensive.

However, investors will be pleased to see the pre-tax ROCE rise 1.7 percentage points to 7.2 per cent. This shows that Vodafone is managing to increase returns on its significant investment. The progress is slow but if the figure keeps moving in the right direction then investors may eventually be rewarded.

This is presumably the hope of Emirates Technology Group (e&), a UAE telecoms company that has just purchased 9.8 per cent of Vodafone’s shares. The group cited Vodafone’s “geographically diversified business” and “attractive valuation” as reason for the purchase. It also confirmed it doesn’t want a board seat and has no current interest of making a takeover bid.

e& could be happy to take a back seat on the operational side because Scandinavian activist investor Cevian is reportedly already pressuring the Vodafone board to dispose of its slow growth assets. It hasn’t publicly stated its intentions for Vodafone – but says in the Financial Times that Cevian is pushing the board to speed up the corporate restructuring processes. This would likely include the sale of the Italian and Spanish businesses which have seen revenue growth flatten the last few years. Vodafone has already rejected an €11bn bid for its Italian business in the last year.

The news doesn't stop there. The Financial Times has also reported that Vodafone UK and Three UK have opened talks about a merger. This would bring together the third and fourth largest mobile operators in the UK and give it the market scale to push through price rises more effectively in one of its lowest-margin markets.

In the long term, there is value in Vodafone if it can consolidate its most profitable European markets and then expand its fin tech and mobile business in the Africa. However, in the short-term inflation is going to cause some pain as pushed up costs and limits customers spending power. Adjusted free cash flow was €5.4bn, which was €100mn below guidance, and next year management expects it to fall another €100mn to €5.3bn.