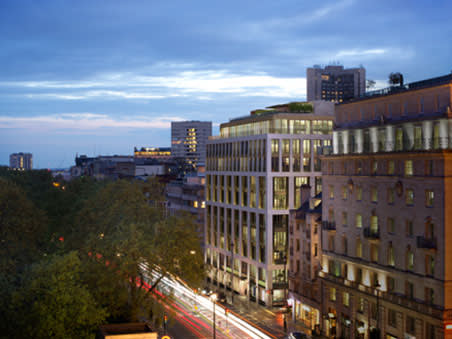 It’s been a year since British Land (BLND) laid out its strategy to back two overarching themes: office-led mixed-use campuses on the one hand, and retail parks and logistics on the other.

In the 12 months to March, the development giant notched up significant wins for both bets. Strong leasing and partnering activity helped drive an 8.5 per cent total property return from the campus portfolio. And with the economy emerging from Covid’s long shadow, retail parks saw a whopping 20.7 per cent bounce in value, validating £400mn-worth of bargain basement acquisitions.

Even after accounting for the white elephant that is British Land’s shopping centres – which saw another valuation dip, albeit at a slower 6.1 per cent clip and to a proportionally negligible £800mn – the UK property stalwart booked a respectable 14.8 per cent total accounting return.

It was “our strongest year in a decade” according to Darren Richards, the group’s head of real estate.

Such ebullience might surprise shareholders. Yes, the stock’s 8.6 per cent total return since the last full-year results day is both ahead of the 10-year average and neatly between gains in the FTSE All-Share and FTSE 100 indices. But with results dropping on the morning UK inflation hit a 40-year high of 9 per cent, it’s hard to shake the sense that a good outing still amounts to treading water.

Then again, capital preservation is nothing to be sniffed at right now. Management is also confident of navigating headwinds in the development pipeline. The baseline assumption is for construction cost inflation to range between 8 and 10 per cent in the next 12 months, and to moderate to between 4 and 5 per cent thereafter.

That compares favourably (though only just) to a targeted internal rate of return of 10 to 12 per cent. A decision to lock in supplies and contractors when conditions were rosier looks vindicated. Supply bottlenecks could add momentum to rising land values, as should growing appetite for London real estate from fixed income investors concerned with inflation’s corrosive effects on bonds. Campuses, retail parks and logistics assets are all in favour, notes CEO Simon Carter.

And yet the market remains unconvinced. FactSet-compiled consensus forecasts are for EPRA NAV to edge up to 738p per share by March 2023, and 746p a year later. Questions around the sustainability of office rental income growth will need resolving before the shares’ persistent discount to net assets starts to narrow. Hold.