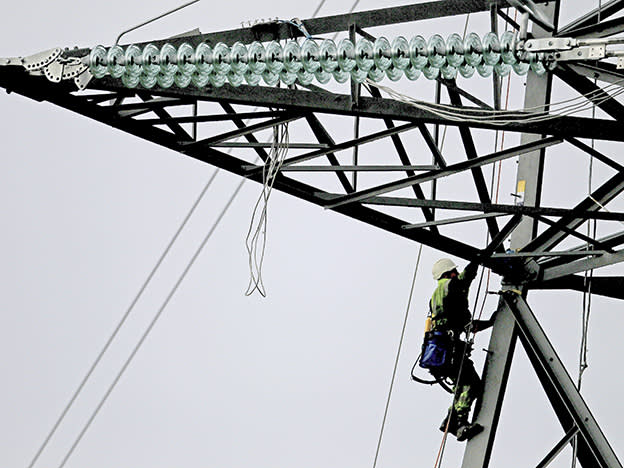 National Grid (NG.) upgraded its 2022 profit expectations twice in the lead up to the release of the full-year numbers, handy for its share price but certainly less well-received than it would have been a year ago. The company pointed to new assets starting to contribute to the bottom line as well as higher earnings from its UK electricity transmission division as the reasons for the uptick, which saw a 10 per cent increase (on a pro-forma basis) in underlying operating profit to £1.15bn.

The financial gymnastics were necessary because of the Western Power Distribution (WPD) acquisition completing mid-financial year and various other assets being held for sale, including 60 per cent of National Grid Gas, which has a buyer lined up with a cheque for £2bn.

Chief financial officer Andy Agg said despite the volatile power environment, National Grid would stick to its investment plan from a year ago, which is “focused on connecting renewables [to the grid]”, he said. This is £30bn-£35bn out to 2025, around 70 per cent of which fits into the EU’s green spending taxonomy, an important distinction given government subsidies and lending options. “That is one of the largest levels of net zero capex in the FTSE 100,” he added.

Net debt remains high, just like fellow asset-heavy, privatised companies, and climbed £15bn to £42.8bn as of 31 March. This will come down by £3bn this year, the company said.

For the current financial year, National Grid has forecast flat earnings as inflation drives costs up and £130mn is handed back to end users as a result of a two-year delay in the Western Link project in Scotland.

Defensives have quickly come back into fashion, but given National Grid is trading above its five-year forward price-to-earnings ratio already, at 18 times against 15 times, and has a significant debt load, we remain on the sidelines. Hold.