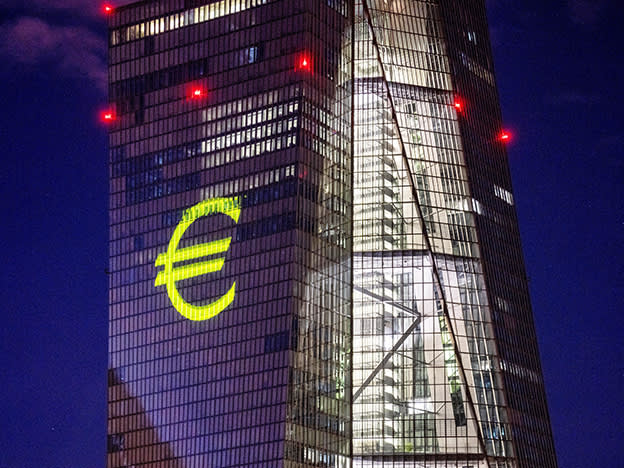 Next week's data could show that western economies are so far coping with higher energy costs.

The eurozone economy is so far coping well with the energy crisis, next week’s news could tell us.

Purchasing managers’ surveys should report that both manufacturing and service sector activity in the region is still growing. Also, Germany’s Ifo should report stable business conditions and expectations whilst the National Bank of Belgium should say that business confidence is stable and above its long-term average.

One reason for such resilience is that Covid-related staff absences are declining and supply constraints and shortages of materials are easing slightly, both of which offset high energy costs. It’s also because – as Friday’s data from the European Central Bank (ECB) should show – households are borrowing a little more to see themselves through the squeeze on real incomes.

Things aren’t all rosy, though. Those purchasing managers will also report that prices are still rising sharply, which might fuel fears of higher interest rates. And ECB data might also show a slowdown in annual growth in the M1 measure of the money stock, especially in real terms. Historically, this has been a lead indicator of slower economic growth, and so it points to a slowdown later this year.

In the UK, purchasing managers should also report ongoing growth in both manufacturing and services. The CBI’s survey of retailers, however, might paint a different picture. If it confirms retailers’ expectations last month it will show that sales in May were yet again weak for the time of year. This will raise fears that consumers are responding to real income pressures not just by running down their savings and borrowing more, but by cutting their spending.

In the US meanwhile, the second estimate of GDP should confirm that it fell in the first quarter. This, however, is in part due to a run-down in inventories that economists believe is only temporary. Other figures should corroborate that view, showing that durable goods orders have risen a little, which is consistent with economic expansion.

What is slowing down, though, is the housing market. Sales of new homes are likely to have fallen significantly from last April, in part because of rising mortgage rates. One important question is how far this slowdown (albeit from a high level) will affect the rest of the economy.

The UK’s housing market is also cooling. On Friday the Nationwide should report a fall in house price inflation, to under 11 per cent. Most economists expect price growth to continue falling thanks to the squeeze on real incomes and rise in mortgage rates. A lack of supply, however, could keep a floor under the market.